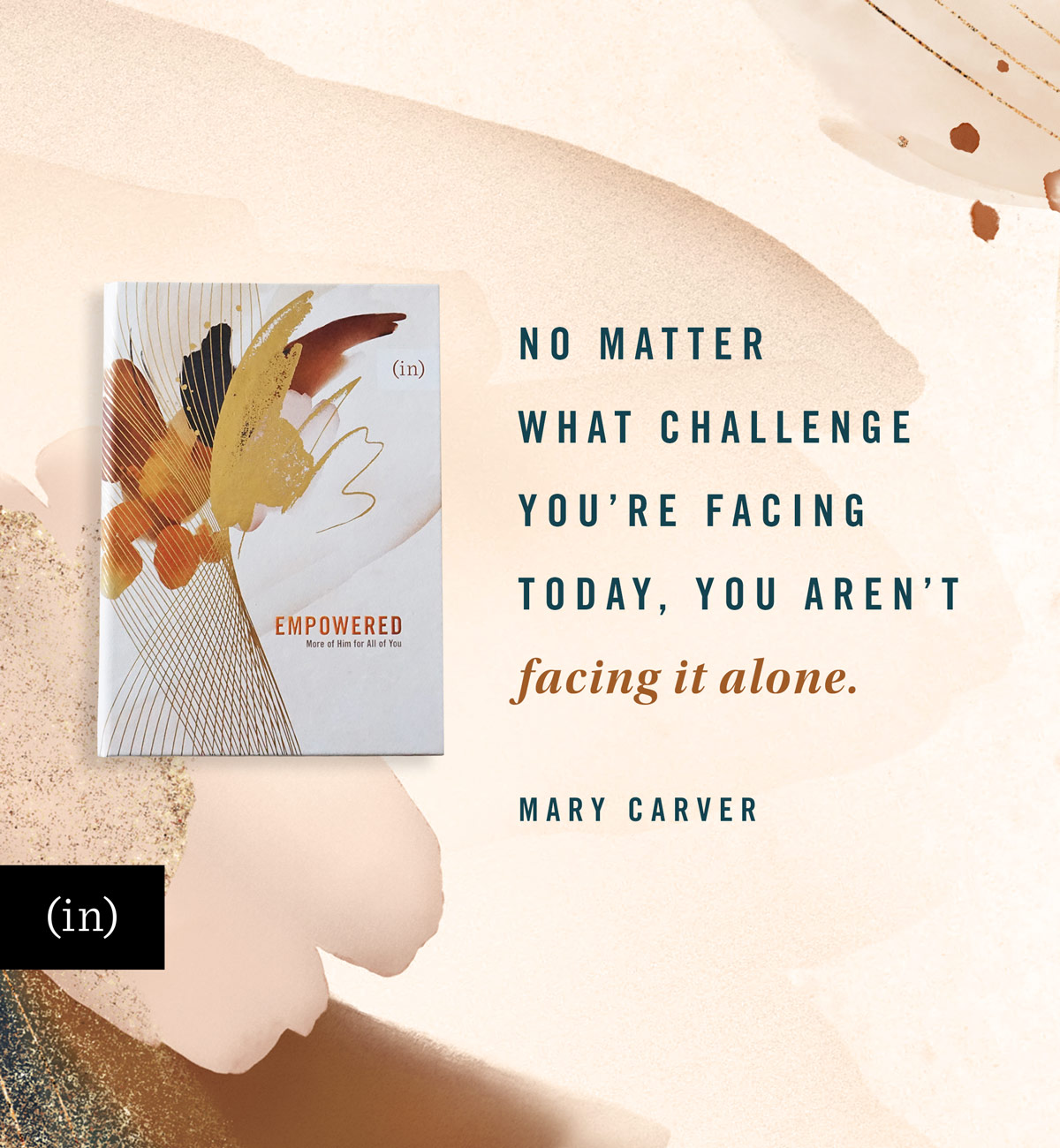 Do not fear, for I am with you;
do not be afraid, for I am your God.
I will strengthen you; I will help you;
I will hold on to you with my righteous right hand.
Isaiah 41:10 (CSB)

Like millions of moviegoers, I love superhero stories. In particular, I’ve enjoyed watching (repeatedly) Wonder Woman and Captain Marvel. Certainly, it’s fun to cheer for these women as they take on villains and emerge victorious, especially when we’re used to seeing mostly men in such heroic roles. But what moves me most is the moment when each of these superheroes steps into her power and realizes her role in the supernatural war being fought.

In Wonder Woman, we see Diana climb out of the trenches, intent on helping those in need, and then walk through a storm of bullets to allow her team to advance safely behind her. As she plants her feet and holds up her shield for cover, the music swells and she doesn’t say a word. We don’t know what’s going through her mind as bullets rain down on her and she’s attacked by what feels like an endless amount of ammunition. We hear the music and watch her take hit after hit, and we see her standing strong the whole time.

In Captain Marvel, when Carol Danvers faces down her biggest opponent, it happens within her subconscious. For much of this internal battle, we see her sitting on the floor, restrained and unmoving. Those observing her from the outside have no idea of the war raging in her mind as the enemy tries to thwart her efforts to save entire worlds.

In both stories, these supernaturally strong women are fighting battles that we cannot fully comprehend. In both stories, they are only able to defeat their enemies after ignoring their team’s advice to stand down or their enemy’s taunting to give up. They are victorious only by unleashing the inner strength and power they had been given.

Now, you and I are not superheroes. Obviously I know that, no matter how many times I’ve watched those movies. However, I do think we have a lot in common with Wonder Woman and Captain Marvel.

How often have I whispered, shouted, cried those words? I’ve lost count. I’m sure God knows, though, how many times I’ve realized that I cannot bear the burdens of the world or even just those that affect me personally. I trust that God knows every single time I’m fighting a war, even if nobody else notices.

So many of us are fighting battles that nobody else knows about. Addiction. Abuse. Chronic pain. Crippling debt. Anxiety. Struggles with our kids, our marriages, our friendships, our careers, our churches. We go to war alone, exhausted, and relying solely on our own strength.

No wonder we feel like giving up and shouting, “I can’t do this!”

The good news is that while we are never going to become superheroes, we are given supernatural strength by God. He never asks us to be strong enough to fight every battle — or any battle! Instead, He promises to be with us, to help us and protect us, and to give us the strength we need.

No matter what challenge you’re facing today, you aren’t facing it alone. And you don’t have to do it on your own. Ask God to give you strength, and do not be afraid, for He is your God.

Heavenly Father, I’m not a superhero, and I need Your help. This thing I’m facing is too much, and I can’t handle it on my own. I can’t do this. Please give me strength to face the struggle, to fight what I need to fight, and to rely on You through it all. In Jesus’s name, amen.

Empowered to Be Strong was written by Mary Carver as published in Empowered: More of Him for All of You.

Ever feel like you’re both not enough and too much, at the same time? Wonder why ‘you go girl’ statements feel good for a minute, then fizzle? Us too. . . so we wrote a book about where our empowerment really comes from.

Empowered: More of Him for All of You, by Mary Carver, Grace P. Cho, and Anna E. Rendell includes sixty Scripture passages and devotions that invite you to see from different angles how God empowers us, and each ends with prayer and reflection questions to deepen your learning.

Empowered: More of Him for All of You is unlike any other book we’ve ever written at (in)courage, and it’s available today!

We’re celebrating this super special devotional with a major giveaway. Leave a comment telling us which devotion title speaks to your heart (sign up below to get the table of contents + five sample devos or see them on Amazon), and you’ll be entered to win this empowered gift bundle!

We’re celebrating this book, yes, yet really we’re celebrating our Maker and the way He made us to flourish in the Spirit. It’s our prayer that as you read this book, you’ll be empowered in every part of your being to live fully as God created you to be. 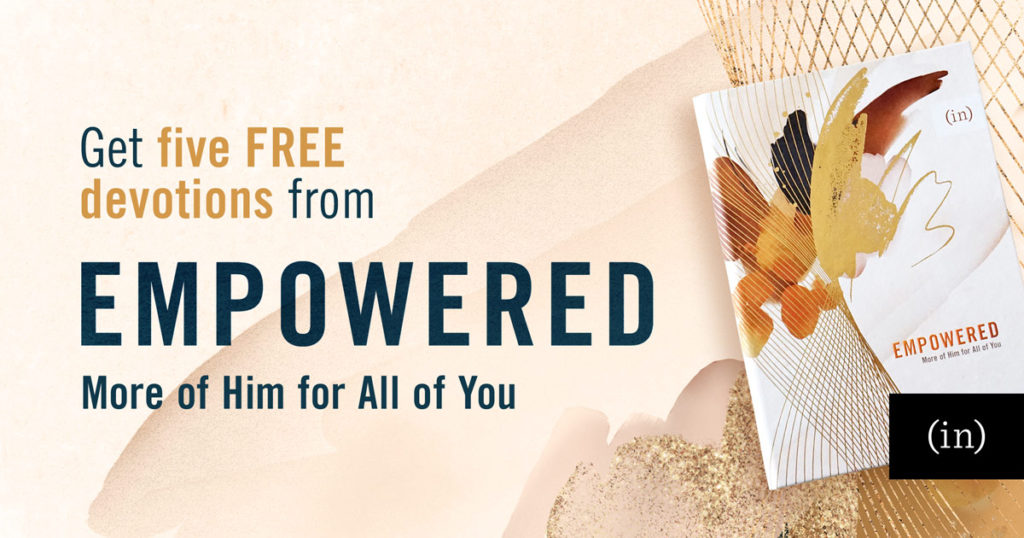 Get your FREE devotions from Empowered!

Signing up will get you the free devotions and occasional emails from (in)courage. You can opt out at any time. Giveaway open to US addresses only and will close on 2/17/22 at 12:01am central.

Listen to today’s article below or on your favorite podcast player and catch up on the bonus Empowered episodes too!

Celebrating the release of the new (in)courage devotional, Empowered: More of Him for All of You! Enter their giveaway: