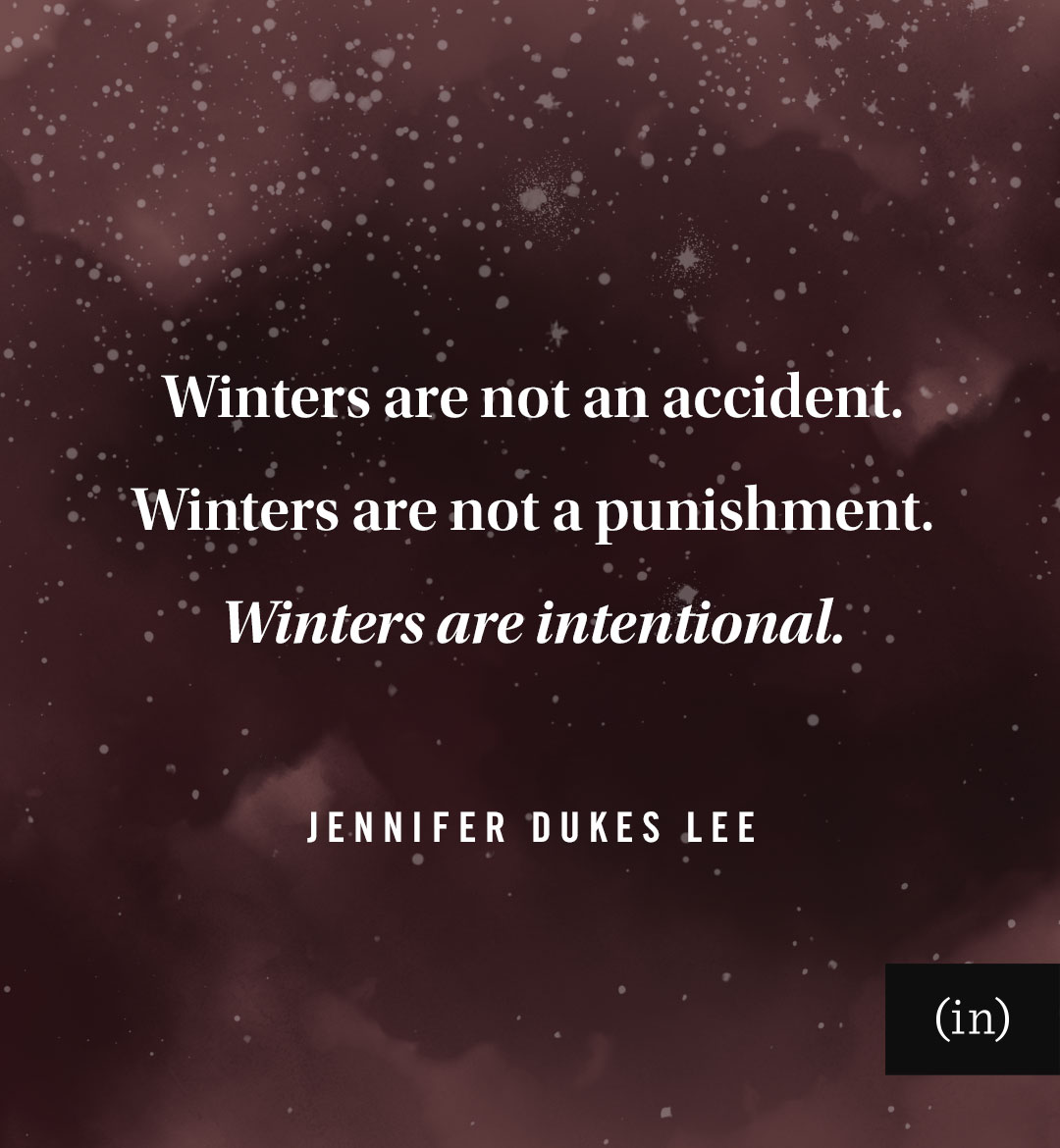 A few weeks ago, our part of the world was hit with subzero temperatures – the kind of temps that had my friends posting memes that said things like, “Why do I live where the air hurts my face?”

It was a cold snap that kept most of us indoors, unless absolutely necessary.

But at 8:28 a.m. on a brutally cold day, I made an exception to the unwritten winter rules. I put on boots, a hat, a thick winter coat, and – because the snow was so bright – my sunglasses.

For the sake of beauty.

For the last three years, I have become something of a winter evangelist – uncovering and proclaiming the gifts that are hidden in a season that is typically easier to hate than to love.

I don’t know who said it, but it’s true: “If you choose not to find joy in the snow, you will have less joy in your life but still the same amount of snow.”

Our neighbors are well aware of my obsession with winter, and so they texted that morning, “Look outside. It’s a sundog.”

In case you’re wondering, a sundog is an atmospheric phenomenon. It appears as spots of light on either side of the sun, caused by the sunlight refracting off ice crystals in the atmosphere. Sundogs can happen anywhere and any time of year, but they are most common on very cold days.

Sundogs are dazzling – like a halo of light, like a gift of God, like a reminder that there is still beauty to be found even on the coldest kind of day.

So for two minutes, on the most frigid morning of the year, I stood outside and beheld the beauty. I did it, because I needed to remind myself that winters aren’t just for the biting, stinging, icy things. They are also for the dazzling, lit-up, splendid things.

We all need that reminder, and I don’t mean primarily for the winter seasons that happen outside our door – but for the winter seasons that happen inside of our hearts and homes. In life, our very souls shiver inside the iceboxes of disappointment and despair. We would prefer to live in the warmth and light of spring and summer, or the fruitful seasons of autumn harvest. But lo, we find ourselves in the bleak midwinter, when frosty wind moans and water’s like a stone.

Two days ago marked what is known as Blue Monday, the third Monday in January. It’s recognized as the most depressing day of the year for a variety of reasons. Christmas is long over, with its twinkling lights, good food, and fun. It’s dark, dark, dark. Well-intentioned resolutions are already out the window. And sometimes? Well, sometimes, it feels like a lot of work to simply get out of bed.

I have felt all of those things in the bleak midwinter. Yet, it is clear that we don’t get a pass from winter.

In fact, God created literal winter, placing it in a natural life-cycle system that moves through four seasons. Each season is part of God’s plan to maintain our earth.

God Himself “set the boundaries of the earth, and … made both summer and winter” (Psalm 74:17, NLT).

So what, then, are we to do in the unavoidable winter seasons of the soul?

In my ongoing exploration of winter, I have contemplated an intriguing fact. Winter is not only a noun. It’s a verb. And winter as a verb compels us to ask ourselves: What does it mean “to winter,” and how can we do it well?

The Apostle Paul wintered. He wintered because he knew it was unsafe to travel by ship. He planned ahead, knowing winter would come. “For I have determined there to winter” (Titus 3:12, KJV).

In one such wintering, Paul spent months on an island where he encountered people who were unusually kind. They built a fire and welcomed him because it was so cold (Acts 28:2). A lot of rest and healing happened during his wintering time. Isn’t that a beautiful thing?

Paul’s wintering seasons gave him three key gifts: safe harbor, opportunities to share Jesus in a different kind of way, and moments of abiding with others.

You may not live in a part of the world where the air hurts your face, but there’s little doubt you will go through figurative winters as you move through life. Instead of figuring out how to escape cold seasons, perhaps we can learn how to winter well within them.

To encounter Jesus in unexpected ways.

To gather around cozy fires.

And, perhaps, to look to the skies and find a dazzling surprise, shining like a sundog on the eastern horizon.

Instead of figuring out how to escape cold seasons, perhaps we can learn how to winter well within them. @dukeslee: 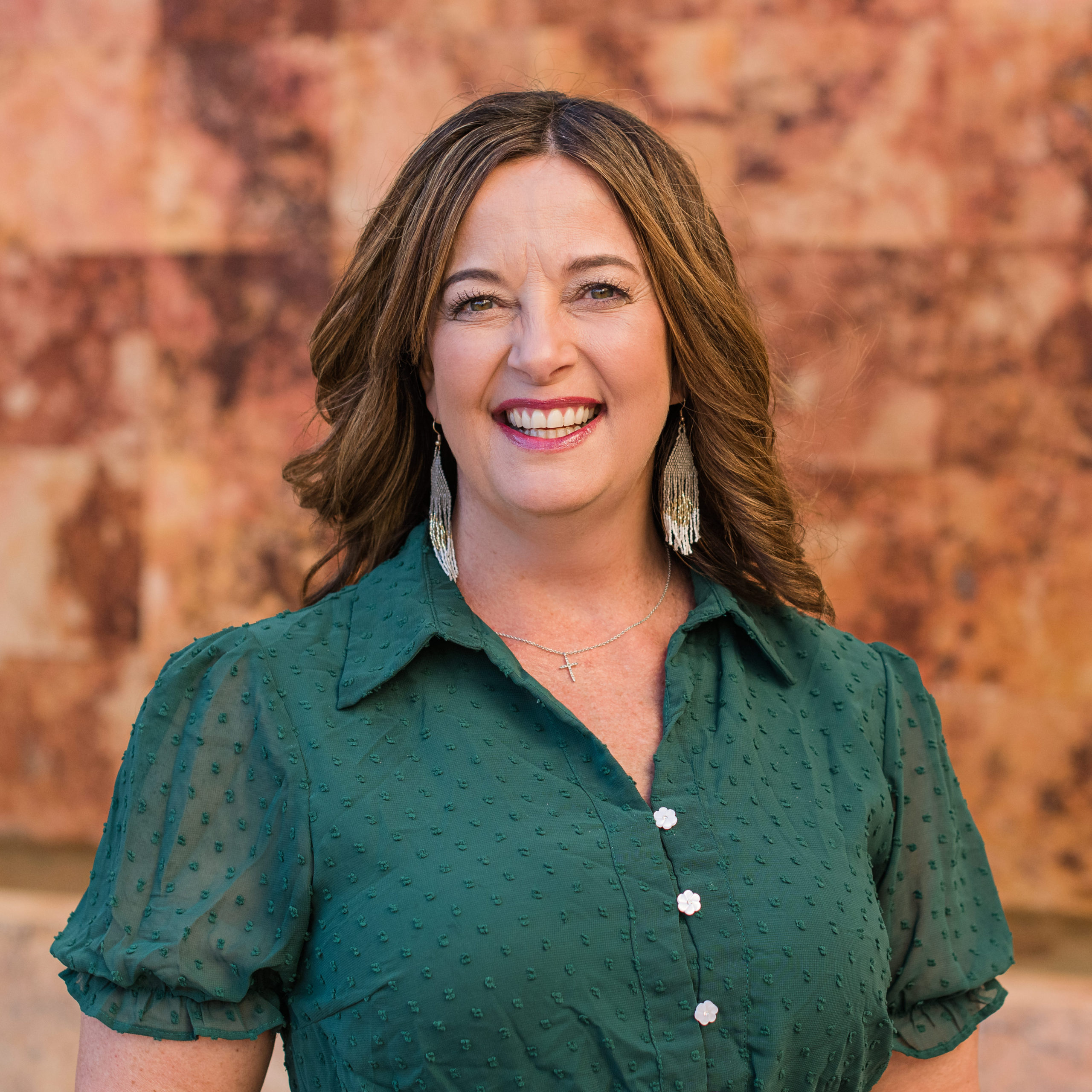