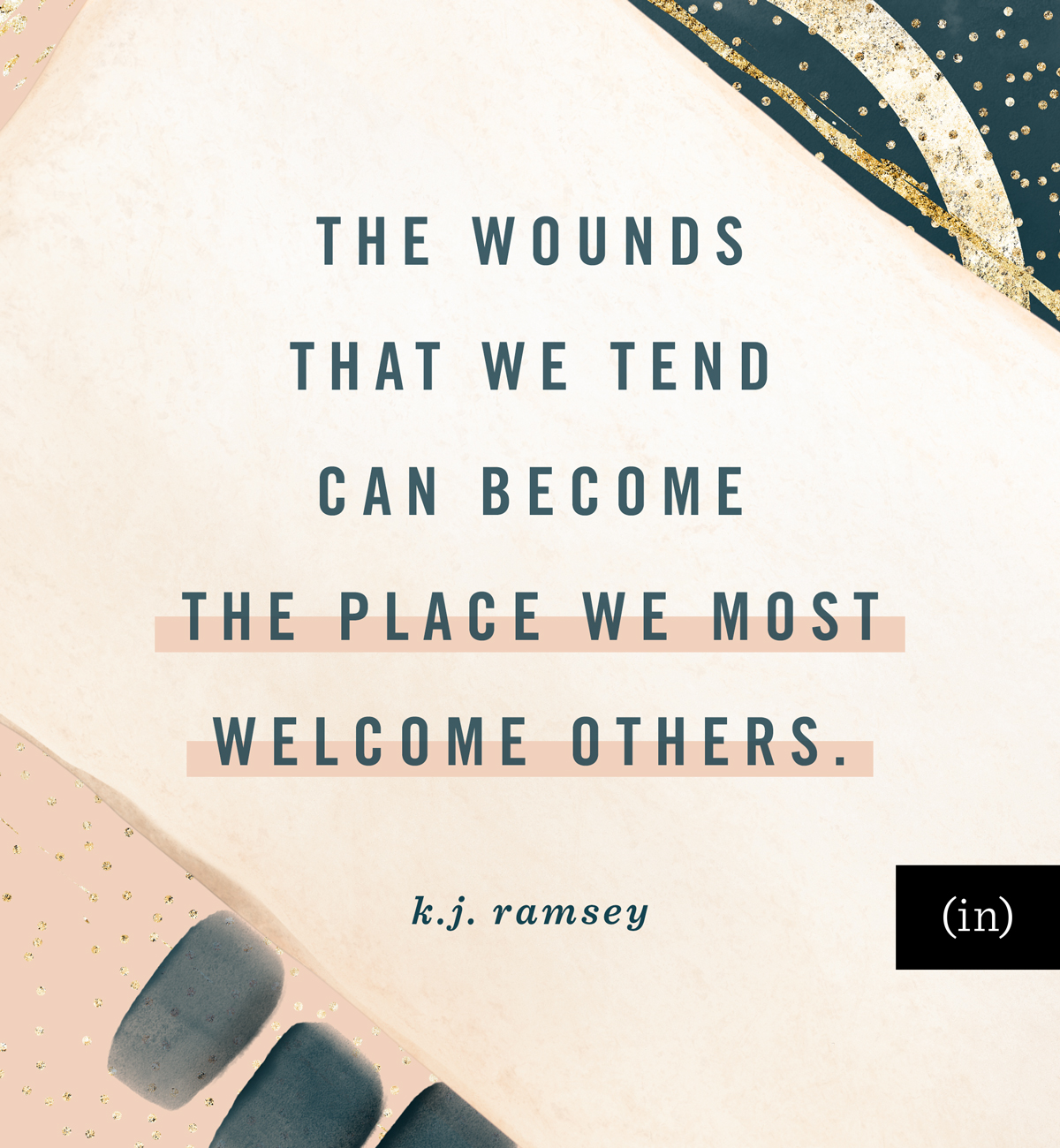 This past Spring I found myself sitting next to a pool with a fellow writer. While the sun burned our shoulders, we slowly shared the way we both had been burned in friendships with other women. Though we had traded texts and voice memos for years, we had never swapped the story of one of our hardest mutual sorrows.

This friend has been a safe place for me. We relentlessly support each other. People probably roll their eyes at how we talk about each other online, because we practically gush. What they don’t know is that behind the scenes we say even more. We’ve built a friendship where I know without a doubt that we are for each other.

When she succeeds, my heart soars.

When she laments, I let out tears.

We hold both hope and happiness for each other.

As we packed up our towels and books and trudged tired and content back to our hotel rooms, we unpacked the source of why we have become each other’s support.

Tears welled up in my friend’s eyes as she shared how another friend had wounded her and how that relationship had made it hard to trust other women wouldn’t just do the same. When she let me witness her wound, it was like witnessing my own with new freedom.

I grabbed her arm and looked into her eyes. “Now I know why I feel so safe with you,” I said. “Me too. That happened to me too.”

Years ago, when I was first stepping into my vocation as a writer, I was desperate for a writing friend. Misery loves company but so does wonder, and I longed for someone with whom I could share not just coffee but conversations about craft. I thought I was forming connections with other women, but I found myself in competitions in which I had never asked to be a part.

Looking back, I never felt fully safe or accepted in those early friendships, but loneliness can blend like concealer, covering up all the flaws and lack of safety looming in a person, painting them into who we wish they could be for us rather than who they currently are.

There’s a reason “catfight” is a colloquialism, and a terrible one at that.

In a male-dominated culture that’s fueled by both scarcity and individualism, we women are conditioned to treat each other as competition. People have been slinging around the word catfight since as early as 1854, when an author named Benjamin G. Ferris wrote that polygamist Mormon women often fought over their shared husband, resulting in a new norm of separate houses to discourage the women from not only yelling but pulling out each other’s long braids from their bonnets. (I am not making this up!)

Interestingly, the term catfight doesn’t have a male counterpart. I can’t help but wonder: are women meaner than men or are we just conditioned by a still patriarchal society to be cruel to one another?

We learn young that there’s apparently only so much room for female voices to be heard. So we shout louder, make ourselves shinier, or shrink into the shadows when we’re afraid we’ll be elbowed out of the way. We women are simultaneously taught to be competitive and then judged as less than human—catty—when competition turns cutthroat.

Capitalism tells a compelling story about what it takes to win in life, but the gospel tells a story where Beloved is the name God gives us whether we accomplish anything amazing at all or not.

Scarcity shouts loud, convincing us to become either bullies or beggars—hoarding goodness and opportunities for ourselves or assuming there’s not enough room for us at all. But Goodness and Love are not scarce resources.

When women treat one another as competition, we crush each other’s capacity to show up as our full selves.

Maybe the catfights of female friendships are a grand distraction from the wonder that would happen if we really welcomed each other. Maybe the powers that be in this world would be disrupted into dignity and delight if we women showed up strong and saw each other’s strength not as robbing from our own but reinforcing it.

There’s a story Jesus told in Luke 15, really an echo of Psalm 23 where God sets a table for us in the presence of our enemies. (I tell this story in greater detail in my new book, The Lord Is My Courage.) Jesus says that God is like a woman who has lost a silver coin in her home. She rummages for it. She gets down on the ground to find it. She searches through darkness and grime. And when she finally finds this lost coin, she invites her friends—who culturally we can assume were women—over for a feast to rejoice that what was lost was found.

What if we women most emulate God when we seek for what is lost and precious and when we find it—whether it be words or work or wholeness—we feast with each other?

Instead of returning evil for evil, she decided to become the kind of writer who cheers when other writers succeed.

Instead of treating other women as her competition, she cultivated a way of offering compassion.

Instead of closing the door of her heart and hoarding all the food of her wisdom to herself, she sets a crowded table, where there’s room for any woman who is willing to collaborate rather than compete.

Right before I started writing this article, I listened to a voice memo from another writer friend who’s feeling afraid there might not be room for her voice. As I sat down at my desk, I lit a candle a fellow author sent me last week while Brandi Carlile’s voice started to croon from my computer and memories of seeing her in concert with another female artist friend wrapped around me like a hug. And I knew, even though women have wounded me deeply, they have also been the source of great welcome.

The wounds that we tend can become the place we most welcome others.

When women support women, we all become more capable of showing up as our full selves. 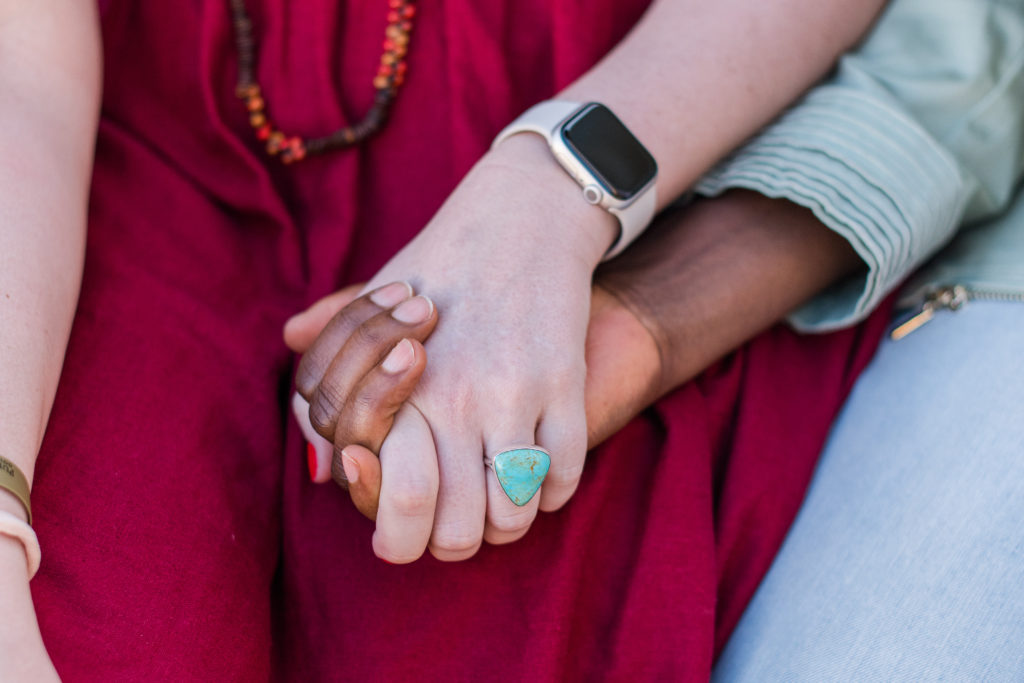 P.S. My friend in this story is fellow (in)courage contributor, Rachel Marie Kang. And she’s got a beautiful book coming out in October called Let There Be Art: The Pleasure and Purpose of Unleashing the Creativity within You.

When women support women, we all become more capable of showing up as our full selves. @kjramseywrites: 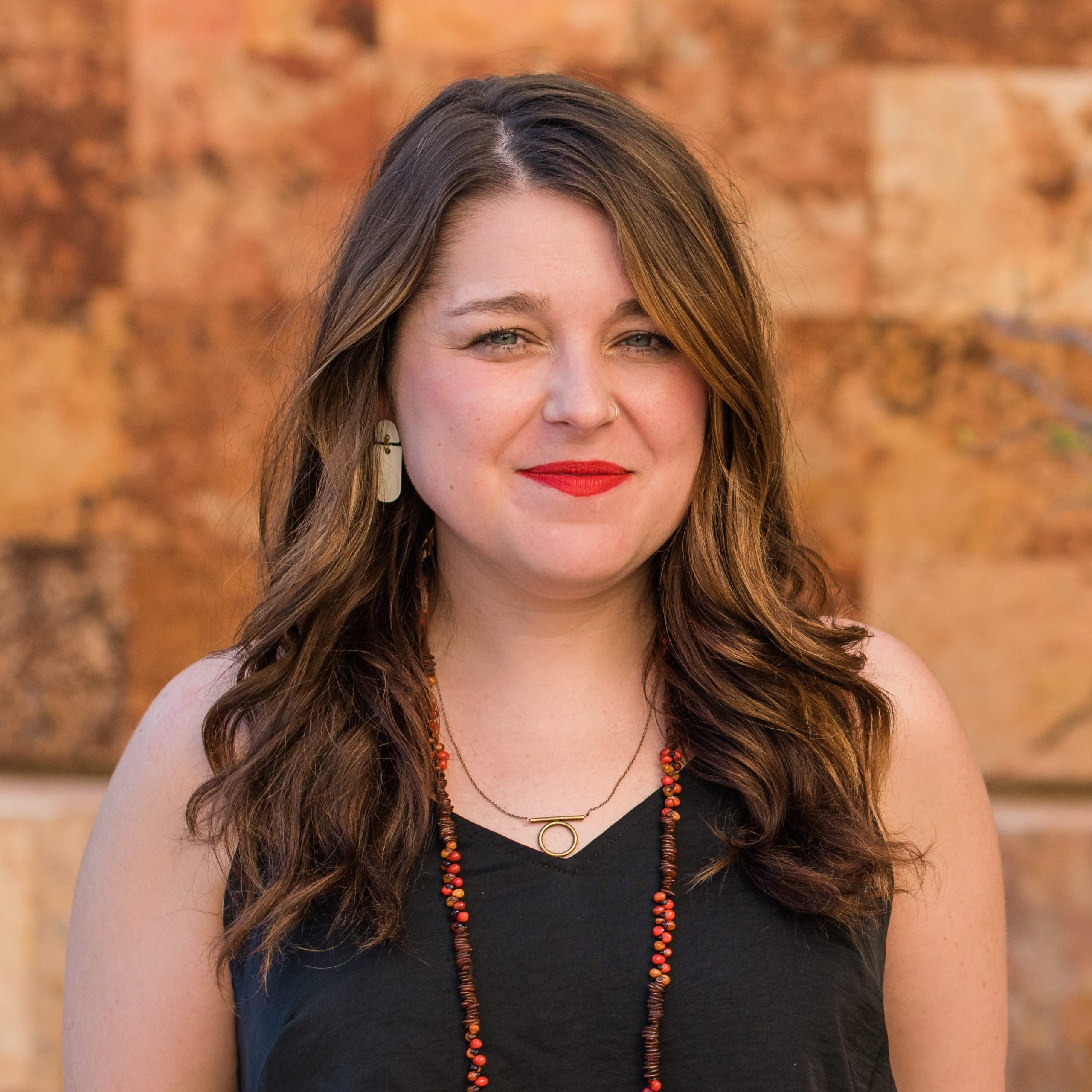 K.J. Ramsey is a trauma-informed licensed professional counselor and the author of This Too Shall Last and The Lord is My Courage. She is a recovering idealist who can’t stop offering space to see every part of our souls and stories as sacred.