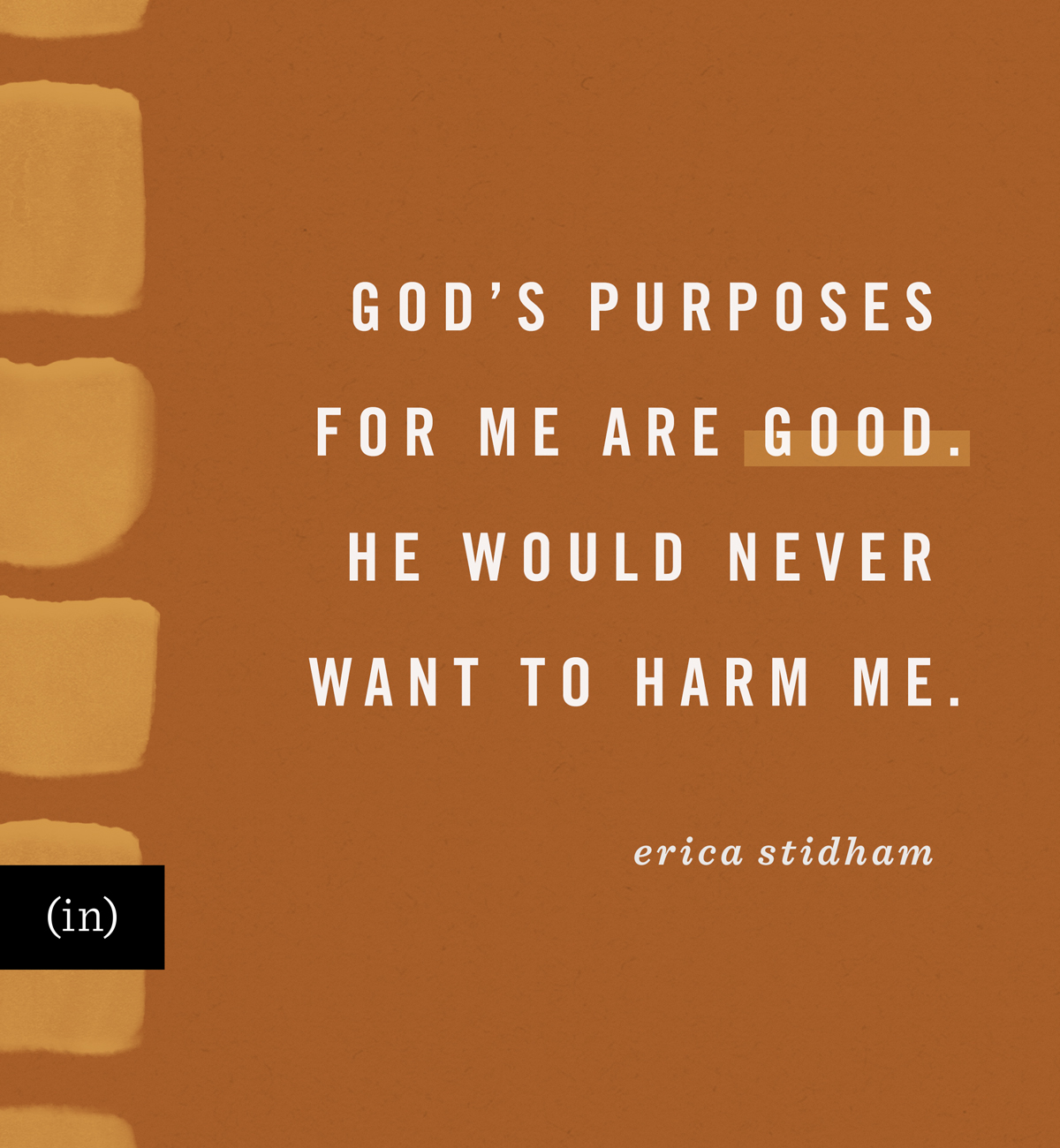 We had no idea what battle we were preparing for, but we were ready.

It was also almost five years ago that my husband Brian and I finally made the decision to move our family into a new home. A new home we had prayed about, saved for, and contemplated for years prior.

Nine days after moving into our new home, Hurricane Harvey threatened to wreak havoc, not just on our new house, but on the entire city. We needed to evacuate, so after praying we took the first photo in our new home in front of our “It is well” tea towel that was already adorning the wall. Two days after evacuation, our mailbox was completely submerged, and the inside of our home was flooded as well. Our house was demolished. Our savings would be drained. Our walls were destroyed. I was devastated. It felt like a death. But then I looked up. Hanging all over our home were reminders of truth. Messages of hope that I had chosen to be foundational to our family. Purposeful pictures plastered everywhere.

The “It is well” tea towel hung stoically in the stark air. The reminder helped me breathe again.

The next three months were a blur of demolition, decisions, and dust. They were also days filled with creative provision in the form of gift cards, meals, bills paid off anonymously, and gatherings. Yes, I continued to work when it would have been easier to hide under the covers. I knew the Lord could abundantly provide for our needs through my persistent efforts, and it was a comfort to be around believers who spoke encouragement and truth over my girls and me. I enjoyed my time away from the sheet rock, grout, and saw noises.

And the fall proved to be even more abundant than I could have ever imagined. I broke my own Mary & Martha sales records two months in a row…the Lord was just showing off and abundantly provided.

But in the midst of it all, PTSD began to set in. My home was back in order and, from the outside, it looked like everything should be alright. However, I started having migraine headaches, my stomach hurt continuously, my face tingled and was constantly broken out, and I could not sleep with any regularity. I had CT scans and psychiatry appointments. The enemy even bombarded my mind with the most horrific of thoughts. I knew I was not doing well. I shared with friends how indifferent I felt about life. Nighttime was the worst because that was when I was attacked most rigorously. Just as I would lie my head on my pillow to go to sleep, destructive thoughts would bombard my mind. But I did not hide them. I did not try to fight alone.

Two days after an incredibly intense battle, I was to lead the worship and devotion for the Mary & Martha spring conference. I had been transparent that I was in a tough spot, but I had not revealed the extent of what I was battling. I was told I didn’t have to lead that portion of the weekend, but I knew this was a declarative statement to the enemy. You might have won a few battles, but through Christ, I would win the war. You might have tried to take me out, but I would be victorious! God’s purposes for me are good. He would never want to harm me! He has plans for a hope-filled future. I am His voice of truth to the world, and you will NOT silence me!

We love this story of faithfulness from Erica Stidham, an Executive Director with Mary & Martha. Mary & Martha is a DaySpring company where you can create your own schedule, share your faith through inspirational products, earn unlimited income, and belong to a sisterhood of women. Mary & Martha allows you to combine your faith with your work through the products you sell and the women you gather with.

Even in the worst times, Jesus will not fail you.