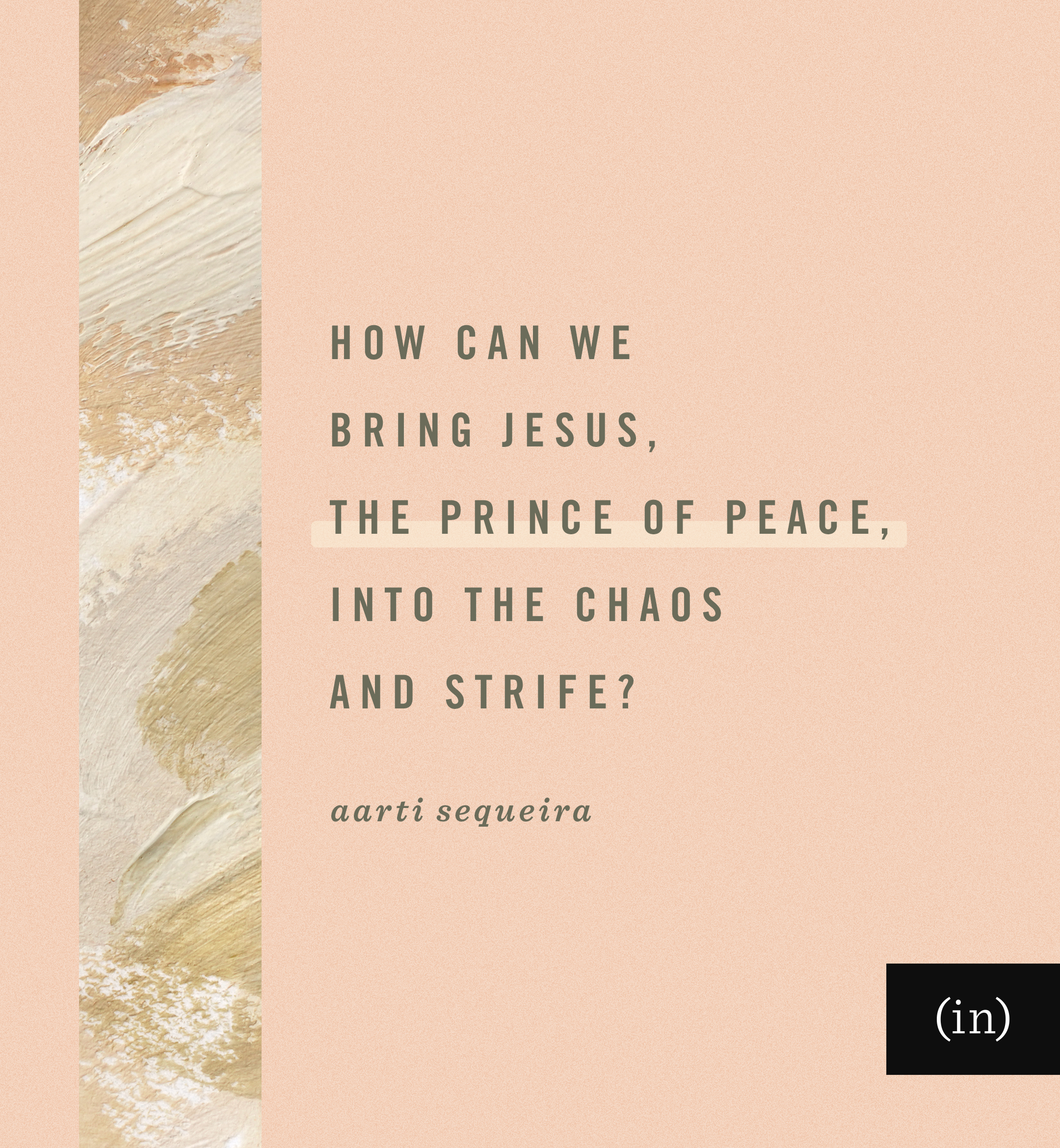 One of my closest friends and I were texting about whether she should confront someone about a hurtful thing they’d said behind her back. She’s a firecracker, so I was surprised when I started to sense she was doubting herself. Was she being too sensitive? Making a big fuss over nothing? Being a troublemaker?

I texted back, tapping hard at my phone screen, We’re called by God to be peaceMAKERS. Not peaceKEEPERS. Keeping our mouths shut and going with the flow is not peace. But you’re not like that. You see something that’s wrong, and you say something about it. I admire that about you so much.

I text a good game, but if being honest with myself, I fall into the peacekeeper category far too often. But Jesus taught in Matthew 5:9, “Blessed are the peacemakers, for they will be called children of God.”

The Greek word translated as peacemakers is eirenopois, which is borne of two root words: eirene, which means peace, and poieo, which means to do, make, bring forth, cause, work, deal and perform.

It’s almost oxymoronic, right? Peace is won through an awful lot of un-peaceful activity — by engaging rather than walking by, by saying something rather than staying silent.

To model one’s life after Jesus is to mimic a man who did not stand down from conflict in the name of peacekeeping. Indeed, He stirred up conflict wherever He went! I imagine Jesus realized that in order to ignite conversations about what genuine peace with God looked like, He would have to rattle a few cages and disrupt the status quo in order to shine a light on its shaky (and sometimes rotting) foundation.

In my relationships, at work, or with something happening out in the world, I have oft eschewed conflict altogether, for fear of looking like a hot-headed troublemaker. It feels easier to bite my tongue, keep walking, or keep scrolling. I don’t have the bandwidth for this, I say to myself. I don’t want to ruin this relationship over this. It would cost too much. It’s too uncomfortable.

Other times, if I’m honest, it feels like it would hurt too much. I think of the passage in Ezekiel 36:26 that talks about the heart of stone, and while I’ve always thought of it as a heart deadened into callousness, I now wonder if it could also be a heart that’s so scared to be hurt again it encircles itself in stone.

Either way, in Christ, we are a new creation, reborn with hearts of flesh. We are to live lives modeled after Jesus, a man of sorrow. His heart was constantly wounded by what He saw us doing to each other, to God. Nevertheless, He persisted in making peace — as should we.

So how do we know when to turn the other cheek and when to raise our voice? When I look at Jesus, it appears that what motivated Him was not merely bringing peace between human beings. Jesus was motivated by the need to reconcile human beings with God, to repair the breach that had opened up in the Garden of Eden. His goal was to bring us to into shalom — a whole, complete peace with our Creator. In every circumstance, Jesus zoomed out from the earthly matter at hand to the God’s-eye view of humanity.

Perhaps that should guide us in our peacemaking. Perhaps we should ask ourselves, What is the larger issue here? How can we bring Jesus, the Prince of Peace, into the chaos and strife?

For me, that means using my voice to speak up but to also pray for those on the other side, those who might curse me for saying what I believe to be right. Praying for those who might come in opposition has brought me great comfort when I feel like there’s nothing more I can say. I pray that their eyes would be opened or that mine would be opened if I am seeing the issue wrongly. When Scripture bids us to bless those who curse or persecute us, it’s asking us to bring God into their proximity. And perhaps the most powerful way we can do that is to pray for them.

When trepidation deadbolts my lips, when fear of being ostracized grips my heart, I turn my eyes to the cross. Here was the ultimate act of peacemaking: Bridging the divide between heaven and earth was so important to Jesus that it cost Him everything. He was mocked, called a heretic, hunted down, betrayed, tortured, and eventually killed. He paid for our peace with His life, dignity, and for a little while, even His direct connection to the Father. If He was willing to pay that kind of price, surely I can stomach a little discomfort.

I look at how Jesus poured into everyone He encountered — fully, honestly, sinlessly — and yet nearly every one of them turned their backs on Him toward the end of His life. And then I look at my life, where I won’t risk even one relationship in the name of truth. I think of conversations about things I knew were spiritually dangerous (tarot cards, psychics, and mediums) where I knew I should speak up, but I just looked at my phone, hoping the conversation would change. I think of the time when someone talked to my child disrespectfully, and I wasn’t fierce enough in my retort to her. I remember when someone I knew posted something I found personally offensive but refrained from talking to her about it lest she’d think I was one of “those” weirdos. Oh man. My heart of flesh needs a hefty dose of courage.

I don’t have many answers for you, my friends. All I know is that we have to get better at peacemaking, at getting dirty and bruised in the name of peacemaking. But I don’t think we can get better without practicing, and the only way to practice is to do the dang thing, step into the fray, speak with grace seasoned with salt, and fly the banner of the Prince of Peace. He calls us His own, and He’s gone ahead of us. We can bear the pain and discomfort of hard conversations if it brings our neighbors even an inch closer to Him.

Perhaps we should ask ourselves, What is the larger issue here? How can we bring Jesus, the Prince of Peace, into the chaos and strife? -@aartipaarti: 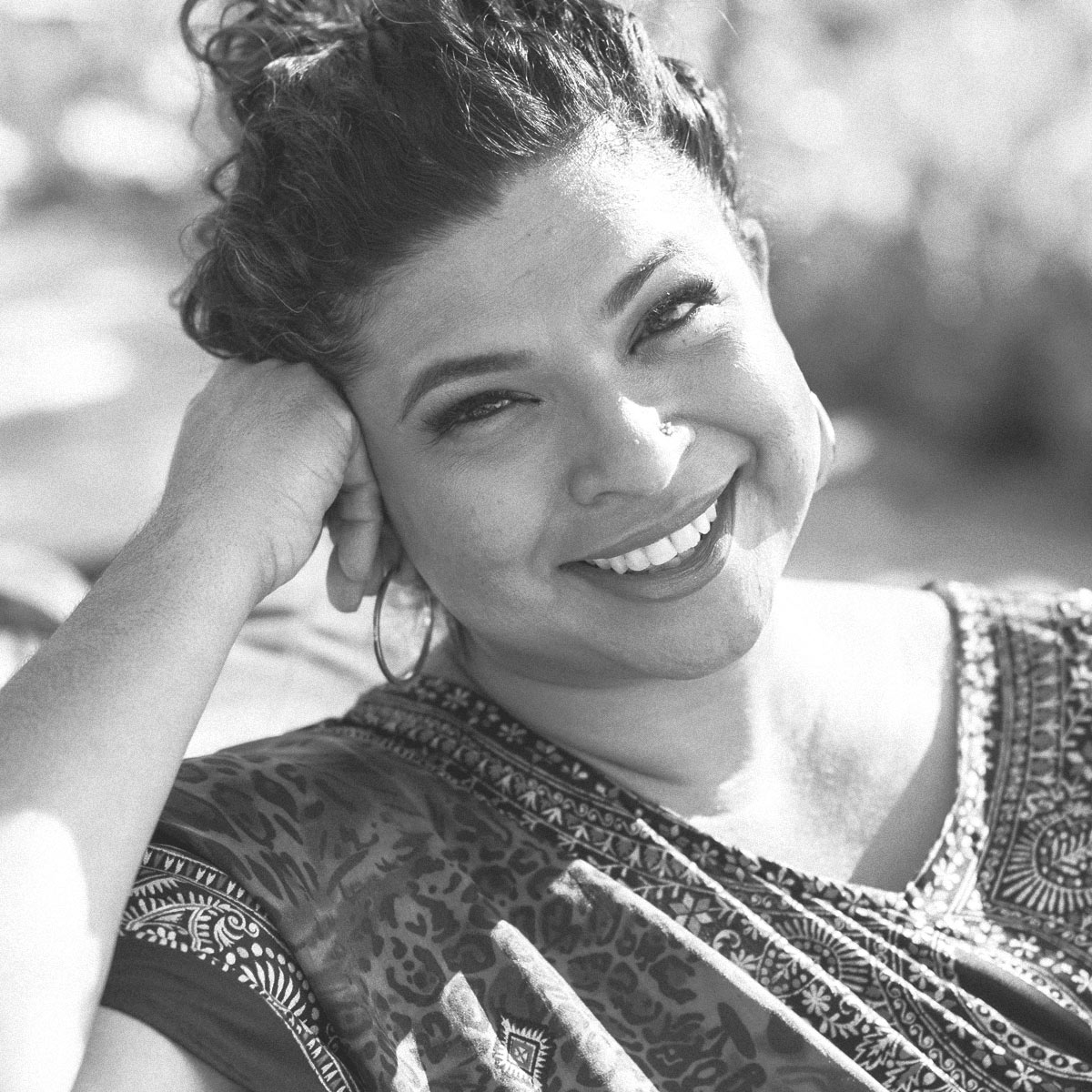