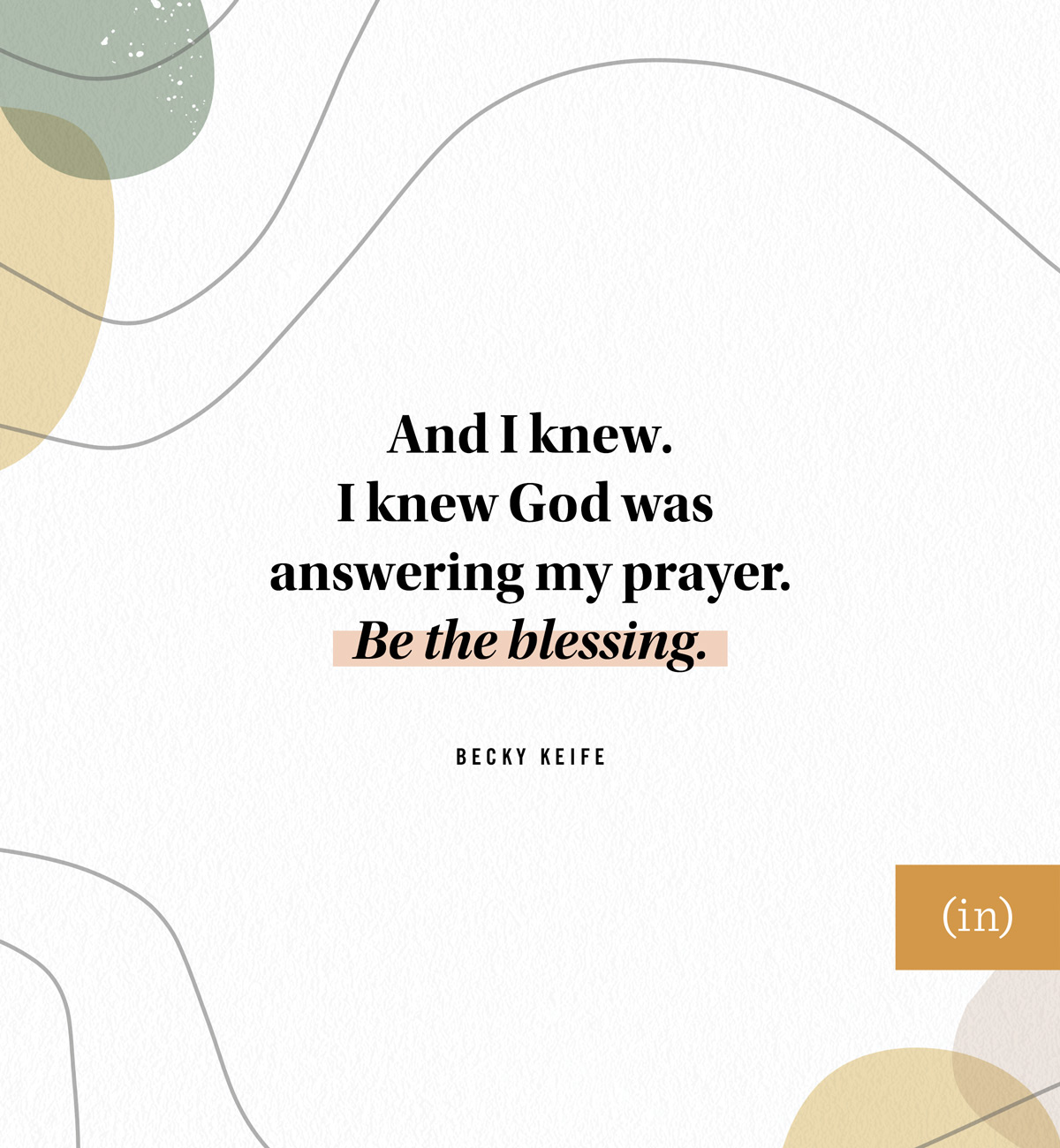 The smell of coffee beans and cinnamon rolls wafted through the crowded terminal. Passengers congregated like impatient sardines near the gate, waiting for the airline employee to announce their boarding group. The flight was assigned seating, so I was happy to wait until the last minute to start breathing recycled air. I was thrilled to be heading to a writers’ retreat, but flying is not my favorite.

I was already starting to feel anticipatory nausea (it’s a thing), and the loud shrieking nearby wasn’t helping. I looked over and saw a mom and toddler in front of a vending machine. The little boy stomped his feet until his mom handed him a blue bag of Chips Ahoy.

Immediately, a pang of conviction trumped my snap judgment. Surely I have not been above doling out sugary snacks to my own kids to buy myself a few minutes of peace and quiet.

Lord, forgive me for being quick to judge. Please bless this mama with someone kind and loving to sit next to on the plane. Help her to see You in her day. Amen.

The traveling sardines eventually filed down the jet bridge. I followed to 17E. It was a full flight, so I was surprised to find my entire row empty. As I shoved my backpack under the seat, I had a glorious vision: three hours of uninterrupted rest and productivity. With extra space, I’d be able to concentrate on finalizing my speaking notes for the retreat and then catch a little snooze. I’d land ready and refreshed for all God had planned! I adjusted the air vent and closed the shutter. Deep breath. This might actually be a great flight.

Then there they were. The little boy with cookie crumbs on his chin, crawling into the seat next to me. The mom settled in and took off her son’s shoes. He wiggled and shrieked and wedged himself on the floor between the seats.

“I just want to apologize in advance,” she said softly.

And I knew. I knew God was answering my prayer. Be the blessing.

I took a deep breath.

“Don’t even worry about it,” I said. “I have three boys. I know contained spaces can be tough.” She smiled weakly.

The next three hours were punctuated by screaming and squirming. When Jack’s mom tried to get the toddler to rest in her lap, his feet kicked against my thigh. When the cartoon on her phone ended, when she offered the wrong snack, when he dropped his toy car for the fourteenth time, Jack wailed. His mom stayed calm.

Somewhere between the complimentary pretzels and the woman in front of us glaring back again, I struck up a conversation. Typical questions: How old is your son? Do you have other kids? Are you headed home or going on a trip? Jack just turned three and had two older step-siblings. They were on their way home.

“It’s not easy flying with a little one,” I said. “You’re doing a really great job.”

“Thanks. This is way better than last time.” I saw a wince of remembrance flash over her face. “Jack got diagnosed with autism a couple of months ago. He’s not very verbal and gets easily frustrated. But he started therapy, and it’s really helping.”

I had hoped this flight would be a quiet space for me to work and rest. That didn’t happen. I didn’t get to prepare for my meetings or take a nap. But I did catch a glimpse of Jesus.

The engines hummed louder as we made our final descent. Jack nuzzled closer to his mama. With a stranger’s tiny toes pressed against me, all I could think was: What if we’re supposed to be the answer to our prayer? What if we changed the way we prayed?

I deboarded the plane and was grateful to stretch my legs. Just beyond the gate I passed a vending machine with a row of bright blue-packaged cookies. I looked back over my shoulder and caught a glimpse of Jack. I mulled over the truth like a student rehearsing exam facts she doesn’t want to forget: Appearances never tell the whole story. Appearances never tell the whole story. Be the blessing. Be the blessing.

Three years later and I’m still rehashing this story in my mind.

Be the answer to my prayer for kindness. Be the one who sees a stranger through God’s eyes of love and compassion instead of my own judgment and inconvenience. It was only Jesus in me that prompted me to get off the high horse of my own annoyance in the airport terminal and even think to pause in prayer for this struggling mama-son pair. I’m so grateful the Lord gave His Spirit to whisper to mine.

But it’s not enough just to hear. Our faith grows legs for change when we turn that hearing into doing.

The small shift from self-focused to others-focused, from perception to action, is the beginning of the simple difference. 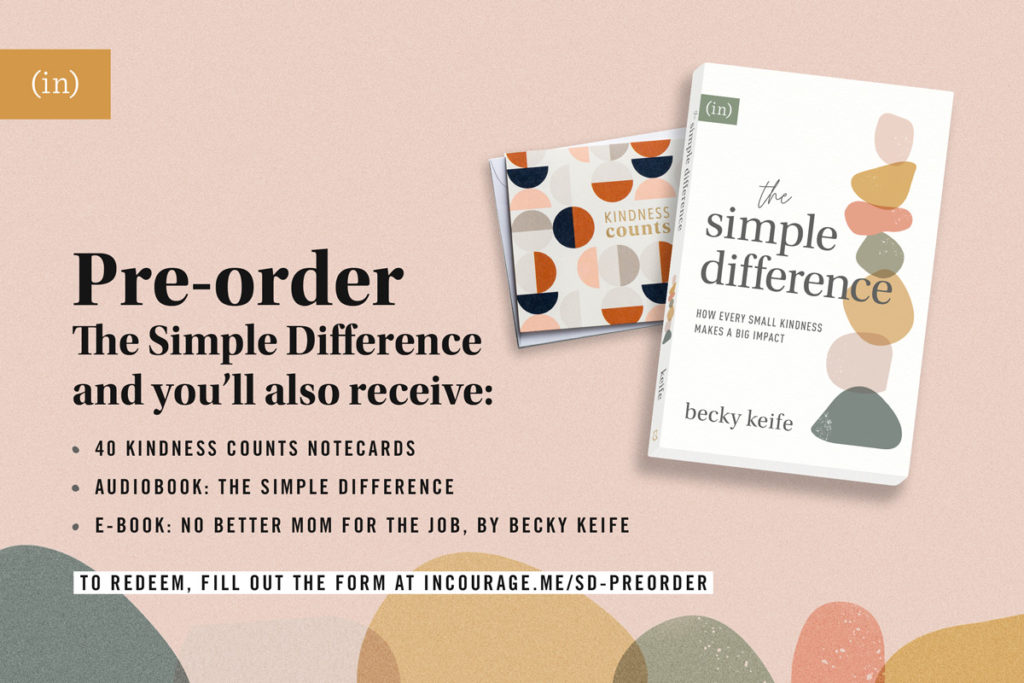 Becky Keife’s new book, The Simple Difference: How Every Small Kindness Makes a Big Impact, will help you see more of the people in front of you, more of God’s lavish love for you, and more of His power within you.

The Simple Difference comes out October 5th! Pre-order your copy (direct links to retailers here), and fill out this form to receive a bunch of FREE goodies, including a set of 40 Kindness Counts notecards from DaySpring! We’re so excited for this book to be in your hands!

The small shift from self-focused to others-focused, from perception to action, is the beginning of the simple difference. - @beckykeife in The Simple Difference: 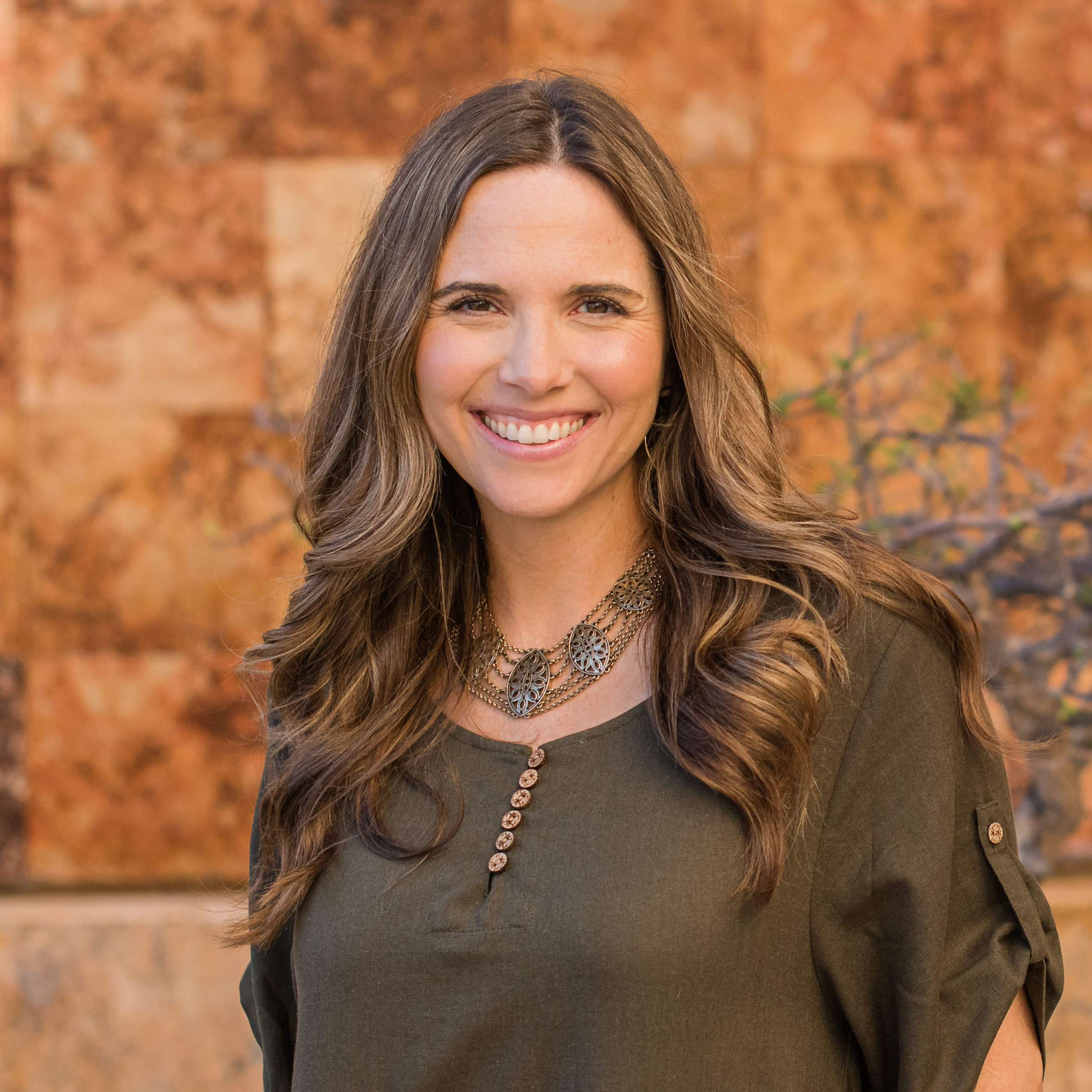 Becky is an author, speaker, Bible teacher, mom of three loud boys, and the Community and Editorial Manager for (in)courage. She loves writing about anxiety, motherhood, and the kindness of God. Long naps, shady trails, and a good book make her really happy.