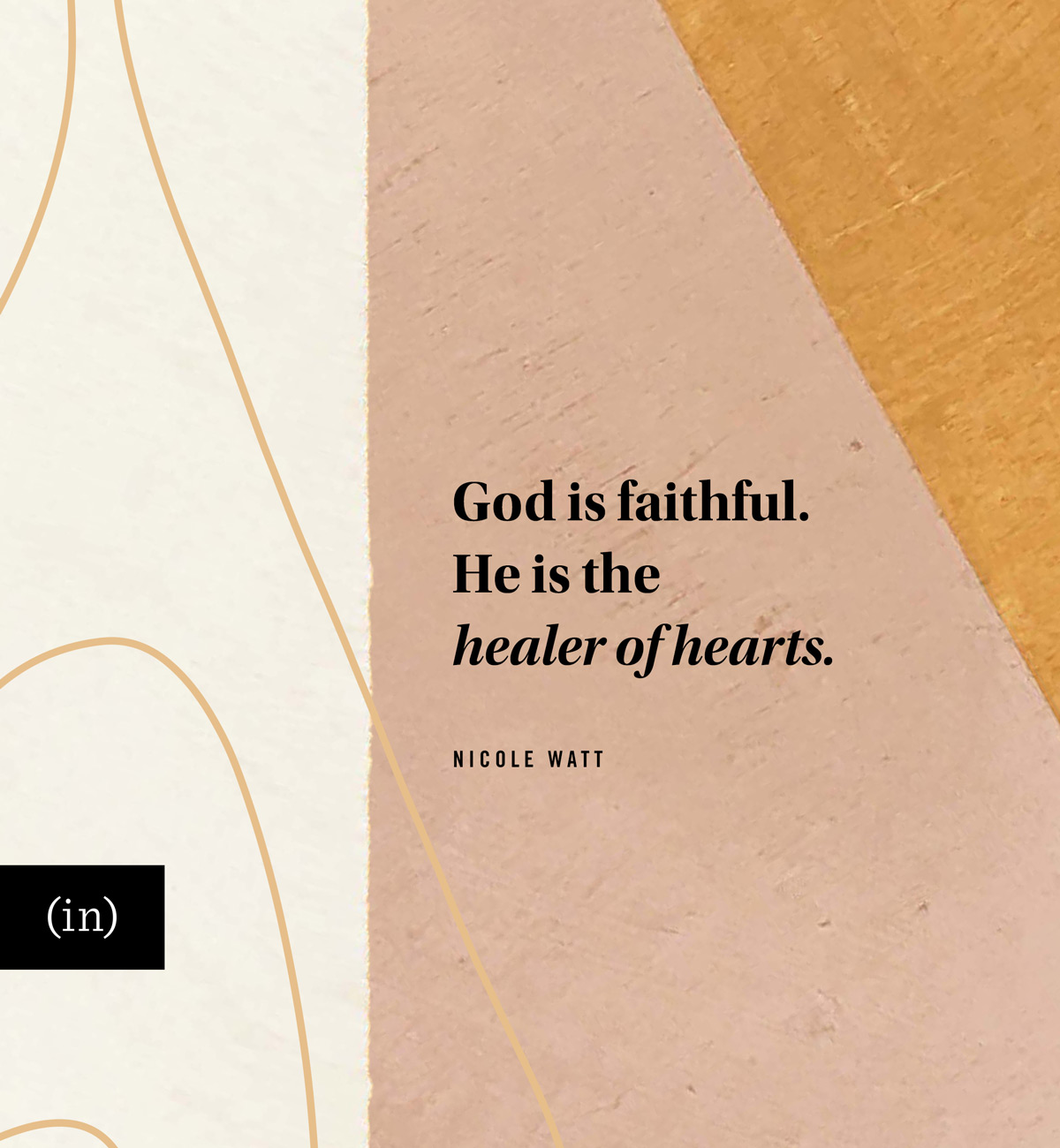 The perfectly shaped heart appeared in the sandy earth as though it had been drawn by an artist’s hand. So smooth were the curves, so naturally did it blend in with the surroundings, that even the grass had grown in a tidy outline around its edges. And yet I had no recollection of the heart being there the day before when we had walked this way.

The season of hearts began during a time of immense pain in my marriage. I had once believed God’s hand firmly steered our lives, from our first date to where we lived, but now everything felt so chaotic and all my prayers for help seemed to go unanswered. Divorce loomed inevitably, and I wondered if I should even try anymore.

“We’re finding hearts all over the place, Mommy” my six-year-old said as we marvelled over the arching stones. And it was true. These universal symbols of love seemed to show up everywhere we went.

Like the school morning I came out to warm up the car, eyes red-rimmed from a night of crying to find tin foil hearts strewn on the ground by my driver’s door.

Then there was the silver heart bookmark, previously lost in a sea of haphazardly stacked books, found dangling from the shelf, gently swaying though no breeze blew through the house.

“Wow, Mom! God is trying to tell you He loves you,” said my teenage blonde as she stared incredulous, at the red heart oozing over the cheese.

Was this true? Was this God trying to get my attention? Or was grief having the last laugh?

Something in my unbelieving heart shifted as I looked at my daughter, whose own heart had been hardening during the family breakdown. The look of wonder on her tender face was deep and sincere. Maybe God hadn’t forsaken us after all.

“God, what are you trying to tell me? I feel so hopeless,” I prayed.

Soon after, I was stirred with the desire to read the story of Hosea and his heart-wrenching pursuit of his beloved Gomer, who continually rejected him for other lovers. Whether we are abandoned by our spouses through adultery, addiction, or their adoration of the shiny offerings of this world, or due to our own actions and reactions, the painful tearing of the one-flesh strikes deep into the recesses of our hearts. I desperately wanted God to change my husband, to stop the hemorrhaging in our marriage.

But He wanted to heal the hemorrhaging in my soul first.

As the hearts kept coming, I realized God was pursuing me. I was His Gomer, running from His love, making an idol of my husband, while He sought me through the dark streets, wooing my wounded heart. It wasn’t just a broken situation; it was me too. The circumstances were grueling, but my response to them was one of a heart paralyzed with pain, lies, fear, and a lack of trust from old wounds.

The damage from childhood sexual abuse and years of prodigal living hissed venomously at me that I didn’t deserve to be loved. False internalized messages of women’s inferiority had grown a bitter, rebellious root. My husband had his own issues to confront, but it took me some time to understand that I needed to follow Jesus and to trust that He was speaking to my husband’s heart too.

I repented of chasing after my husband and turned to His voice. As the hearts continued to appear, His words to me were: Rest. Respect. Rejoice.

Rest in Him. Rest by the fire. Read a good book. Watch the children play and cast my cares on Him. God slowly peeled back the layers of my pain and pride to touch the tender undercurrents surging there, bringing rest to my weary soul. He opened doors for me and my children to travel. He sent me a spiritual mama, Naomi style, who reminded me of the sacred battle I was in and bolstered me when I felt too weak to go on.

As I began to understand my unshakable identity as a daughter of the King, my self-respect grew, and fear abated. Loving and respecting myself, I could now love and respect my husband as a child of God. God had been softening his heart too, and he had responded. Arguments decreased, and with each healthy exchange, I rejoiced.

Over time, God gave us the miracle of reconciliation.

I meet many women wounded in difficult marriages. The enemy never stops attacking and tempting spouses, men and women, to abandon their covenants and sin against their families. But God is faithful. He is the healer of hearts.

Just in case I need a little reminder, I have a heart-shaped stone I found on a walk recently on our bedroom dresser. It is tangible, living proof of His love, His pursuit of me as His bride — to have and to hold, now and forever. “So let us be glad and rejoice” (Revelation 19:7 NKJV).

God is faithful. He is the healer of hearts. -Nicole Watt: 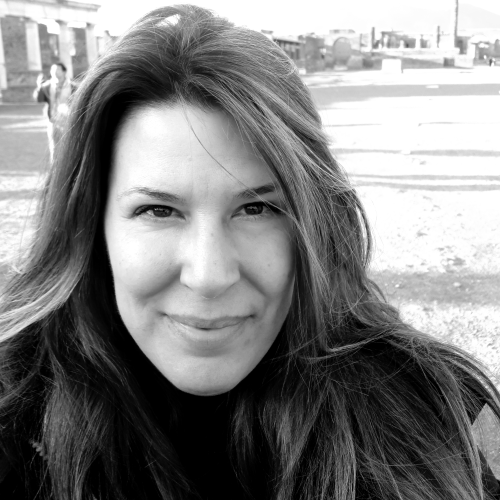 Nicole Watt is an American wife and mama living in Northern Ireland where she home educates her two boys among castle ruins. She's published in Christianity Today, Hermeneutics, and reads her essays on the radio.