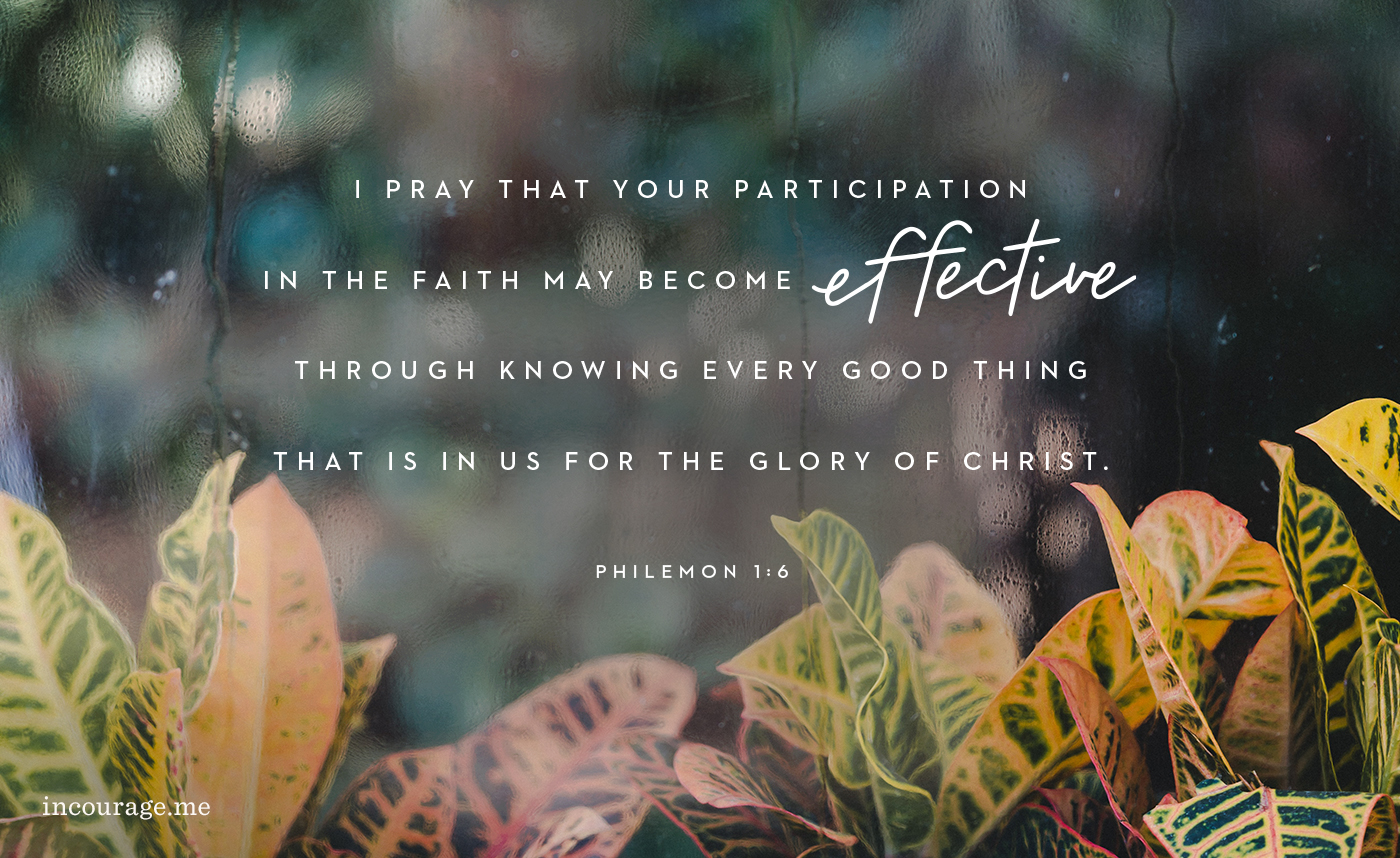 Sometimes the Bible surprises me, and it surprises me that it surprises me. It usually happens when I’m taking a deep dive into an entire book of the Bible, reading through and studying it rather than quickly looking at a few of its well-known or frequently quoted verses. Do you know what I mean?

A recent example is the week I spent in Philemon — one of the five books in the Bible with only one chapter (anyone able to tell me the other four without Google?). How many times did I write “I always thank my God when I mention you in my prayers” (Philippians 1:3-4 CSB) in notes to friends and family who supported me during the writing and release of For All Who Wander? Rarely had I considered the context of Paul’s gratitude in this letter when I penned those words as my own. Reading through Philemon’s twenty-five verses a few times made me wonder how often I’ve cheated myself by focusing on only one or a few verses from a chapter or book rather than absorbing the context that inspired them.

In case you’ve forgotten or aren’t familiar, the book of Philemon was a letter written by Paul (and Timothy) to Philemon, a dearly loved brother and co-laborer for Christ, on behalf of Onesimus, a runaway slave who was owned by Philemon. Short story shorter, Paul sent Onesimus back to Philemon, appealing for Onesimus to be received back as a beloved brother in the faith. Under Roman law, slaves were considered property, and Philemon had the right to punish him — severely or even fatally. Without Paul’s help, Onesimus’s well-being and life were at stake.

When I took time to look at Philemon in its entirety, I was mostly impressed and a little amused with Paul’s words. Impressed because Paul teaches a masterclass in love and leadership and demonstrates how to use our influence for good, and amused because he sure does blow a lot of air up Philemon’s skirt. His approach also reminded me of the sandwich critique method used in Word Weavers writing critique groups (positive comments flanking either side of constructive criticism/feedback). Although Philemon’s faith was so commendable, Paul wasn’t correcting anything. Rather, he built his case around who he knew Philemon to be.

So, what can we learn from this tiny book? Have you, like me, overlooked its relevancy and instruction, applicable to our real lives on so many levels? A few practices we might want to emulate —

Paul chose his words carefully to preserve his friendship with Philemon. Overflowing with love and affection, he spoke the powerful truth of who Philemon and Onesimus were. While the end of the story isn’t documented, I sense we know the outcome.

Isn’t (in)courage’s #loveoverall theme for our year beautifully aligned with Philemon? What better way to end my “letter” to you today, by putting what I’ve learned into practice. My prayer for you today mirrors Paul’s prayer for Philemon:

I pray that your participation in the faith may become effective
through knowing every good thing that is in us
for the glory of Christ.
Philemon 1:6 (CSB)

And, if you study this dynamite-in-a-small-package book, I’d love to hear your insights and observations in comments!