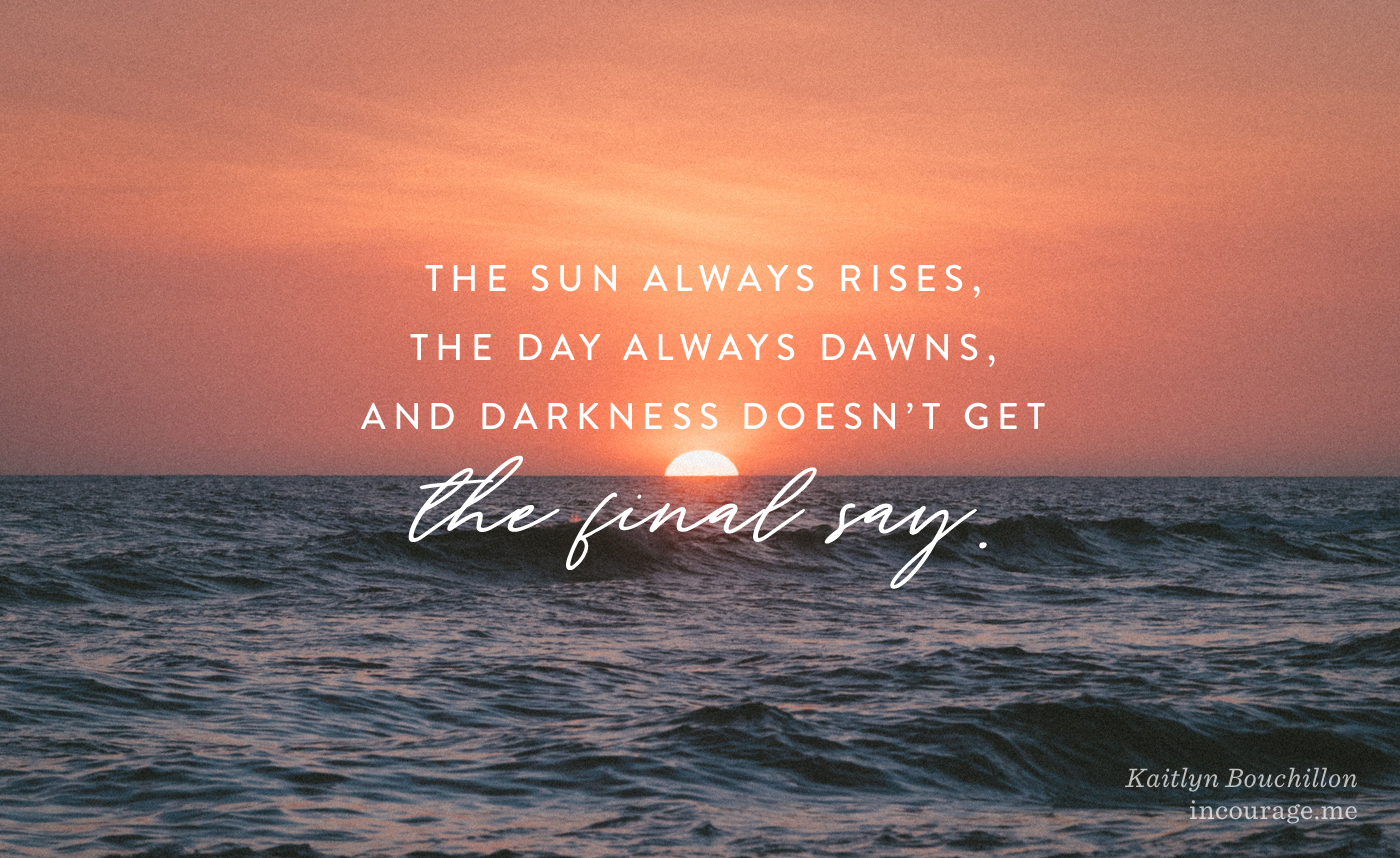 Nine years ago, at the age of seventeen, I had brain surgery to remove a tumor the size of a golf ball.

For months, sickness snuck up on me in the early morning hours and hung on until night fell and sleep took over. No matter who we spoke with or what we tried, there were no answers.

Until a Tuesday evening MRI, which led to a Wednesday afternoon “come in right away” phone call and surgery scheduled for the following Tuesday morning.

Over the weekend, in the few days between, my family and I traveled to the beach. Since before I was born, our extended family has gathered for one week every summer at the same strip of sand.

And so for a few days, we laughed and cried and hoped together. We prayed and took pictures. I wrote “just in case” letters and made phone calls I never thought I’d make.

On Monday morning, I walked to the deck, the worn wood smooth beneath my feet, and watched the waves lap against the shore. Some gently, some with a crash, a melody playing beneath the sea and throughout all creation, orchestrated by One I couldn’t see but believed to be kind and true, good no matter what the following day would bring.

And then we packed our bags and drove away.

This summer, like the ones that have come before, I stood on the deck and posed for a picture. It’s tradition now, a time-lapse of sorts, a new photo marking another set of 365 days.

Some show a girl burnt by the sun, some of the images are foggy from humidity or grainy from sand sneaking onto the lens, but one thing is the same in every single picture: I’m still here.

This year, in addition to the annual photo, I ventured past the deck to stand at the water’s edge as the new day dawned. Honestly, I can’t tell you what pulled me to the shore except that I knew He had something for me there.

With my feet slowly sinking in the sand, light began to rise and I heard it inside:

I do this every morning even when you don’t show up to watch.

The words continued to repeat, as if on a loop, as lavender turned to soft pink and then a bold orange, as waves crashed and seagulls flew low and a sharp fin slowly glided on by, the water reaching out to kiss my feet before pulling back, only to do it all over again in another seven seconds.

Whether or not we show up and watch, our “let me paint the sky-canvas something new today, just for the sheer delight of it” kind of God offers an early morning gift to His beloved.

The sun always rises, the day always dawns, and darkness doesn’t get the final say.

He comes. He always, always comes. In the dead of night when we can’t see the way, He is preparing the new day. In the early morning hours when worries and doubts crash like waves against the shore, He stills the sea and tells the sun to rise.

His mercies are new every morning, but He isn’t. He’s the same — kind and full of grace, ever faithful and true, righteous and holy and steady through every change.⁣

In every season, in every high and low, in every question mark and unknown, He remains. His presence is as sure as the dawn, His faithfulness as certain as the light that chases away the night.

The steadfast love of the Lord never ceases; his mercies never come to an end;
they are new every morning; great is your faithfulness.
Lamentations 3:22-23 (ESV)

What is true in the light is just as true in the dark. There is good news, a promise that is sure, a hand to hold onto and a Love that is forever coming.

And so I stood where the water meets the shore, and I waited. With new questions in my mind and worries on my shoulders, the same God who met me there nine years ago came once again — just as He does every morning. It was gradual, the light slowly pulling back the dark and taking center stage one shade at a time. And then, there it was. Light won the day.

I stood with my eyes forward and fixed, watching to see what only He could do, and it occurred to me that nine years ago, at the very same time I was being prepared for surgery, someone else was watching the sun rise.

And God in His great love was watching both.

If you’re walking a road you wouldn’t have chosen while waiting for dawn to break, Kaitlyn wrote a book with you in mind. With honesty and vulnerability, she shares from the messy middle. Even If Not: Living, Loving, and Learning in the in Between will encourage you right where you are — before there’s a bow to wrap the story up.

What is true in the light is just as true in the dark. There is good news, a promise that is sure, a hand to hold onto and a Love that is forever coming. -@kaitlyn_bouch: Click To Tweet Leave a Comment 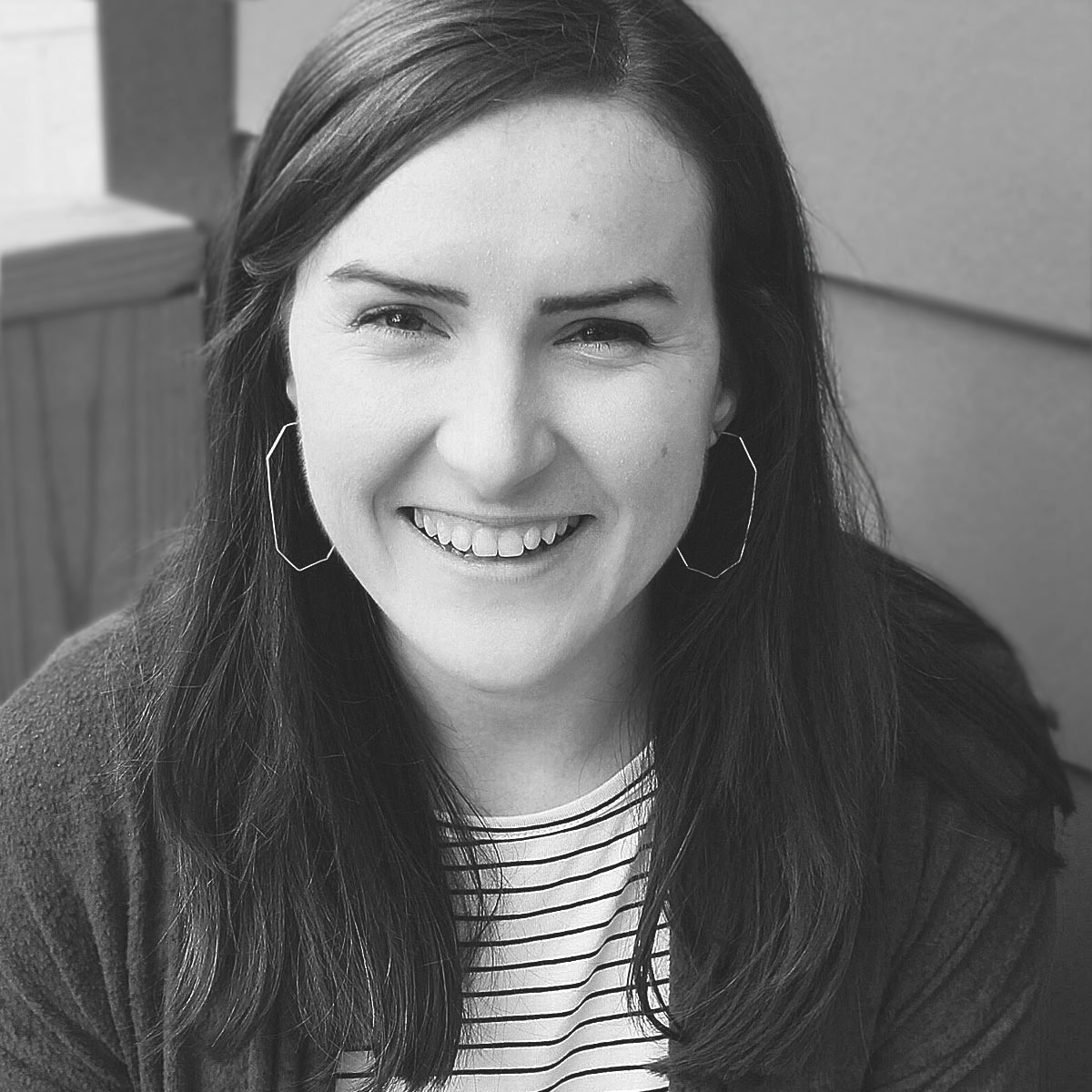