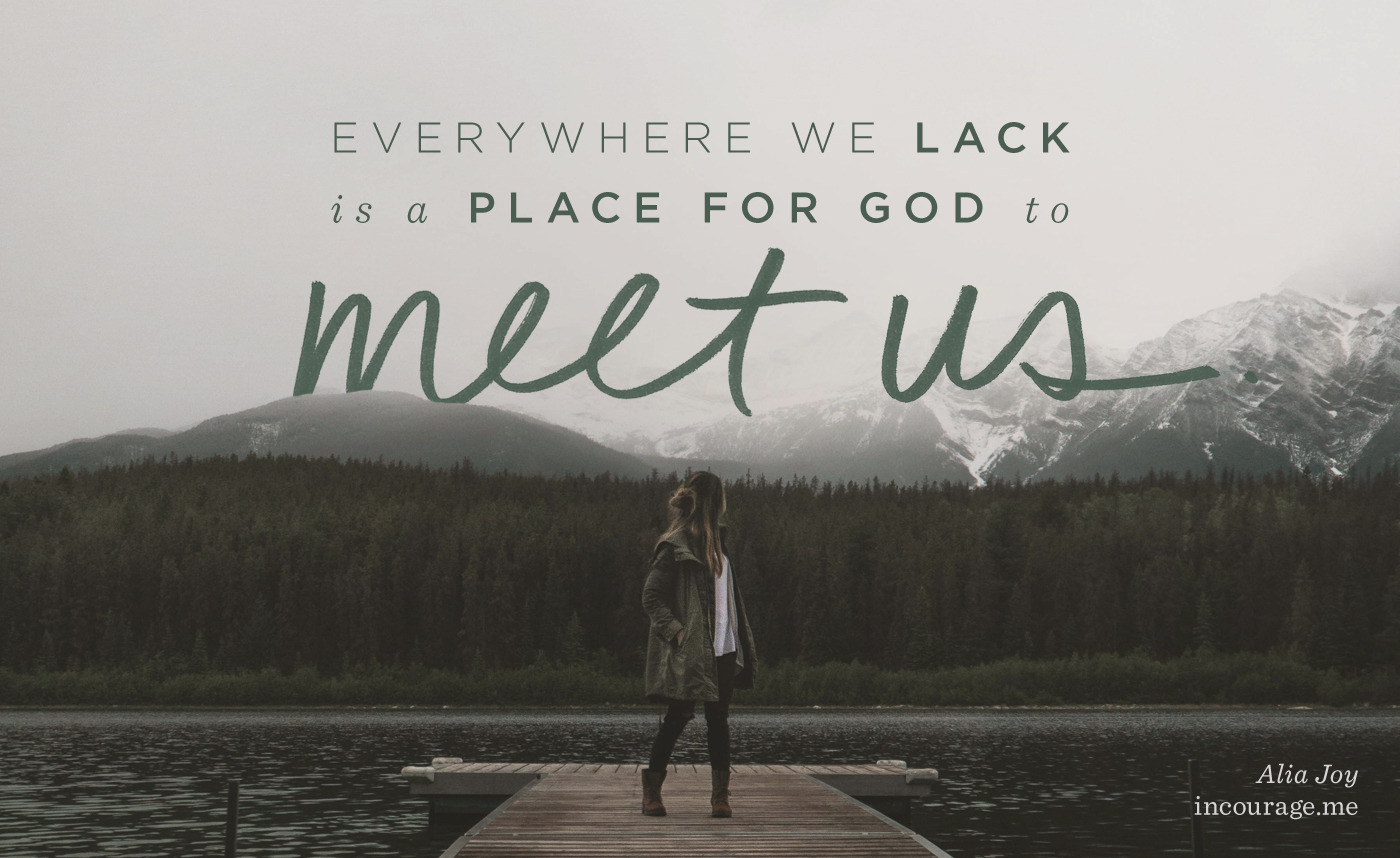 I finished writing my first book, and I breathed a sigh of relief. It was the only breath that felt full — a metaphorical one. In the final months leading up to my deadline, my asthma gripped hold of my lungs and sealed them off like I was breathing through a small stirring straw and someone kept capping it with their finger on one end. The air outside my window filled with smoke as forest fires blazed, and I stayed indoors, perched at my laptop or lying in bed propped upright hoping to breathe again.

There were more things, too. Health issues and doctor’s visits. Financial stresses and life stuff. There are stories we don’t tell and trials we don’t share. I’ve thought “when it rains, it pours,” but more often I’ve felt “when it rains, it floods.” During seasons of suffering, I’ve felt like the ground has washed out beneath me, and the breath I’m struggling to catch isn’t just from my asthma, it’s from being tossed ragged in a downpour that never seems to let up.

This is what it feels like when the hits keep coming. There comes a point when so many ridiculous things have happened, you stop keeping count. You stop sharing because no one would understand how absurd your life is. You watch the world go on without you, and you begin to think maybe you are the only one. Maybe every one else is navigating this life with an ease you’ve never experienced. Maybe they’ve got God’s ear and pleasure and favor, and you’ve got another doctor’s appointment you can’t afford.

You find yourself sitting on your bed next to a pile of prescriptions that never seem to do the trick and bills that need to be paid with an overdrawn checking account, because you forgot about an automatic withdrawal that cleared while you were in the hospital, and now it’s too late. The bills pile up like cars crashing into each other, each rear end building while hoods fume and bumpers crumble and sirens flash. And it’s all a disaster. That’s when your kid comes in and throws up on your only clean sheets while your washing machine is broken or your dog runs away or your car breaks down or your husband gets laid off. This is when you think, if only I had any musical talent, I could write sad country songs about those times when life gets you down.

So I was feeling right sorry for myself, as one sometimes does. I told God, “I’ve been obedient. I’ve done everything you’ve asked of me. I’ve written the book I felt called to write. I’ve done it even though I’ve been sick and tired and life has been unbearably hard, and this is what I get? More suffering? I do not need any more material for my book!” And then I sat silently and waited.

I didn’t hear anything back. God was, once again, silent. He felt distant, and I felt tired.

I got my edits back the next week, and once again I was back to work. Still sick, still tired, still frustrated because I felt like God was holding out on me — again.

Maybe I’d given up on being healed, but I still hoped to be delivered.

I opened the Word doc and read my words again. I sometimes wonder if God didn’t give me this burning desire to put words down for the distinct pleasure of watching me eat them. He’s not cruel, but I reckon He’s got a sense of humor. It’s His kindness that patiently reminds me that this is familiar.

Life has been hard, is hard, will be hard. But I am not alone. I read about the God who meets me in these very places, of the gift of community and how our honesty is an invitation. And I realized how even after writing an entire book on how God uses our lack to discover Him and His ways, I had still anticipated a different outcome.

I’d wanted a shortcut that bypassed the pain. I’d wanted the oft-prayed hedge of protection to descend from the heavens and shelter me from anything wicked or treacherous that would come my way as I faithfully pounded out words late into the night. I hadn’t just wanted a trial-free book writing experience, I had expected it, felt I’d earned it. I’d conjured my own health and wealth as a sign of God’s provision even though in the end, I’d written an entire book saying God’s Kingdom is subversive — the poor are rich, the weak are strong, and everywhere we lack is a place for God to meet us.

Still, I’d felt my faithfulness should procure blessings, and those blessings had less to do with the gospel of grace and everything to do with keeping score and earning my way towards God’s favor.

Sometimes God is silent, but He still speaks.

Sometimes God is silent, but He still speaks. - @AliaJoyH at @incourage: