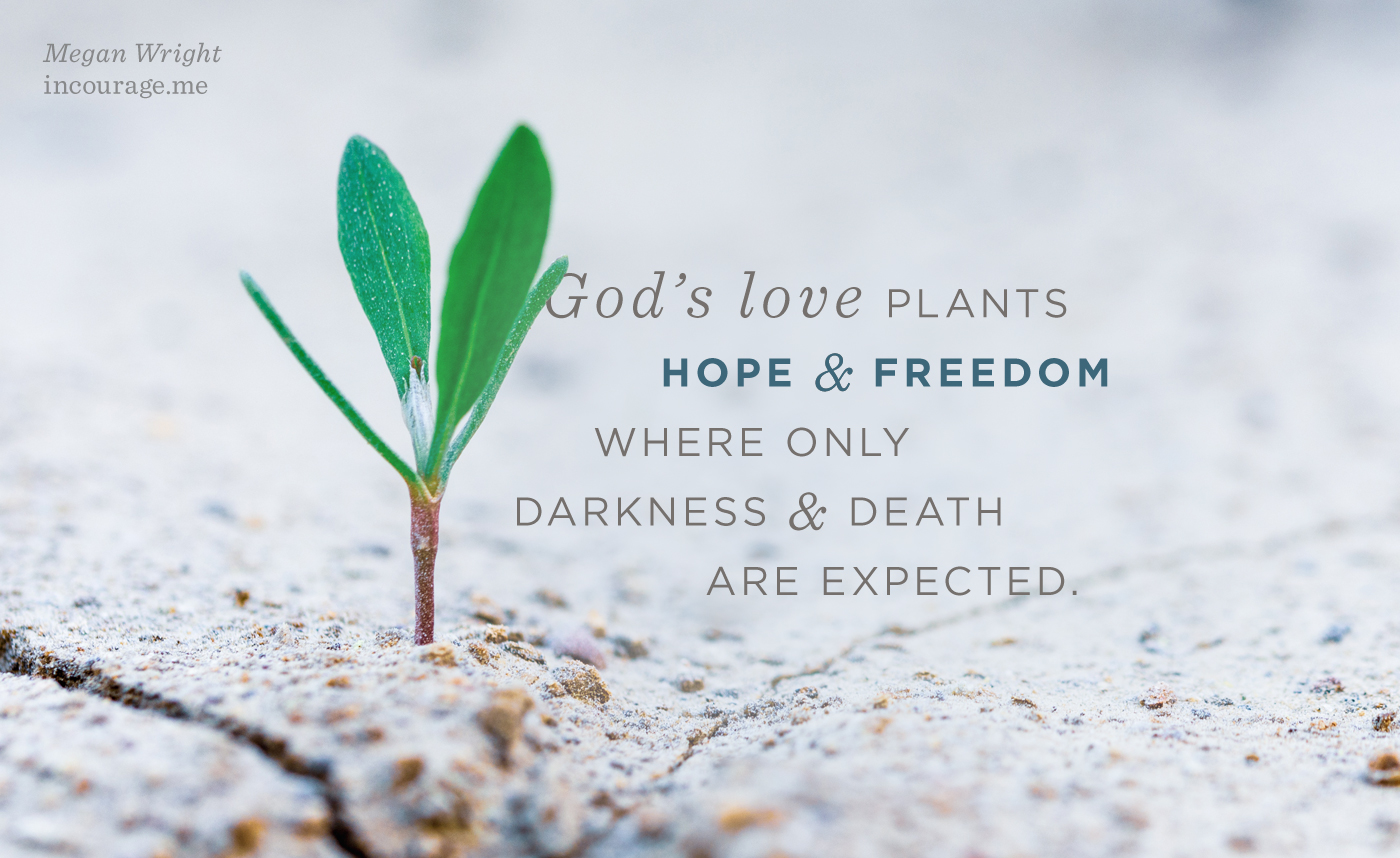 The seeming emptiness of the desert draws me in. Its wildness creates a curiosity within me and makes me feel as if I can just be right there with it, as I am. The vast, barren space of dry, cracked rock crumbles as it grows and forms, allowing new fissures to spread and become unexpected places of life. Seeds that take root in these cracks surprise, thriving in their place of brokenness. This design of broken beauty, of life within a space where barrenness is expected, connects me to the desert.

Like the dryness in the desert land, death created a deep fissure within me, where all I could see was a growing enslavement to fear. This fracture of death began in my childhood. It was an internal death, an expiring of trust and safety in a home where anger was pervasive and abusive. Death deepened its crack when we lost our first and third babies. The fissure split open when my mother was diagnosed and passed away from cancer within six months. It plowed further still when post-partum depression settled in, and I could not recall my daughter’s first year of life.

Death swallowed me whole when my sister nearly bled to death, giving birth to her son, who died at thirty-eight weeks old. Fear filled the cavernous cleft, and rather than fear Jesus, I feared every lie that was planted. All I could see at twenty-eight years old was destruction and darkness, and I raged against God. Death had split me wide open, and I was furious at Him for not preventing it.

I questioned and accused God. I swore at Him, screaming, “You’re not worth it!” I stopped fearing the only One I should have feared, and out of my rage I began to protect myself by building a wall that would guarantee my safety and comfort. I was unaware that as I laid stone upon stone around myself, I was burying myself further into darkness, shackling myself to my fears, just like the woman at the well.

In John 4, we meet a Samaritan woman who designed her life around avoiding other women. She tried to fill her cavernous void with men, building walls of protection around herself to prevent being known or seen by the women who rejected her. She attempted to satisfy her thirst all on her own, but Jesus saw her emptiness and offered Himself as her Living Water.

God is and has always been a God of liberation. His love plants hope and freedom where only darkness and death are expected. God saw the lies I was living for, the prison I was building around myself, and His faithful love came after me.

He pursued me as He did the Samaritan woman. In the very midst of my sin of hating God, Unending Love smashed my suffocating fortress, digging out the false fears that had grown deep and strong in my valley of death. I felt split into a thousand shards, terrified of the emptiness around me, but even so, I was not done rejecting Him.

I didn’t submit to Jesus when He began His redemptive work in me. Instead, I actively buried myself in the ruins of what I had built around me, trying to hide from God as a way of giving Him the middle finger. I chose to choke on the dust rather than risk God again, yet His love still pursued me.

When Jesus spoke the words, “I am He,” to the woman, she finally recognized Him as the One who could fill her void. She was safely known by Him. The barrenness and brokenness that kept her in fear of the people around her became the very space she met Jesus. It was there that she was cracked wide open, and peace and freedom blossomed in her.

When God crushes, He crushes to redeem — not to harm. God removed for me what I could not. He did not remove the fissures of death I so desperately demanded. Instead, He pursued me in the darkness. He did the miracle of removing sin and planting hope and peace in my valley of death. When God reclaims our deepest fractures, they become places of endless and true worship, where our thirst is quenched in the exact place it began to bleed dry.

The unexpected life that grows from the desert in our lives is seeing God, His worth, and the goodness He has in store for us even in the midst of death. I have experienced His faithful love even when I had once denied it, and life springs forth from the cracks that death caused like an oasis in the desert.

Where or how has God brought life out
of the desert land in your life?

Yes, @incourage! God's love plants hope and freedom where only darkness and death are expected. 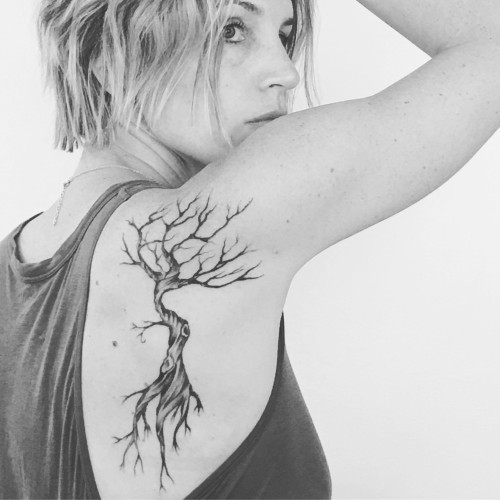 Megan is a wife, mom to 5 via birth, foster care, and adoption, a women's ministry leader at her local church, and writer of Jesus' pursuit of her heart. She currently lives in southern California where the sunshine and beach feel like magic and home. She shares bits of family...