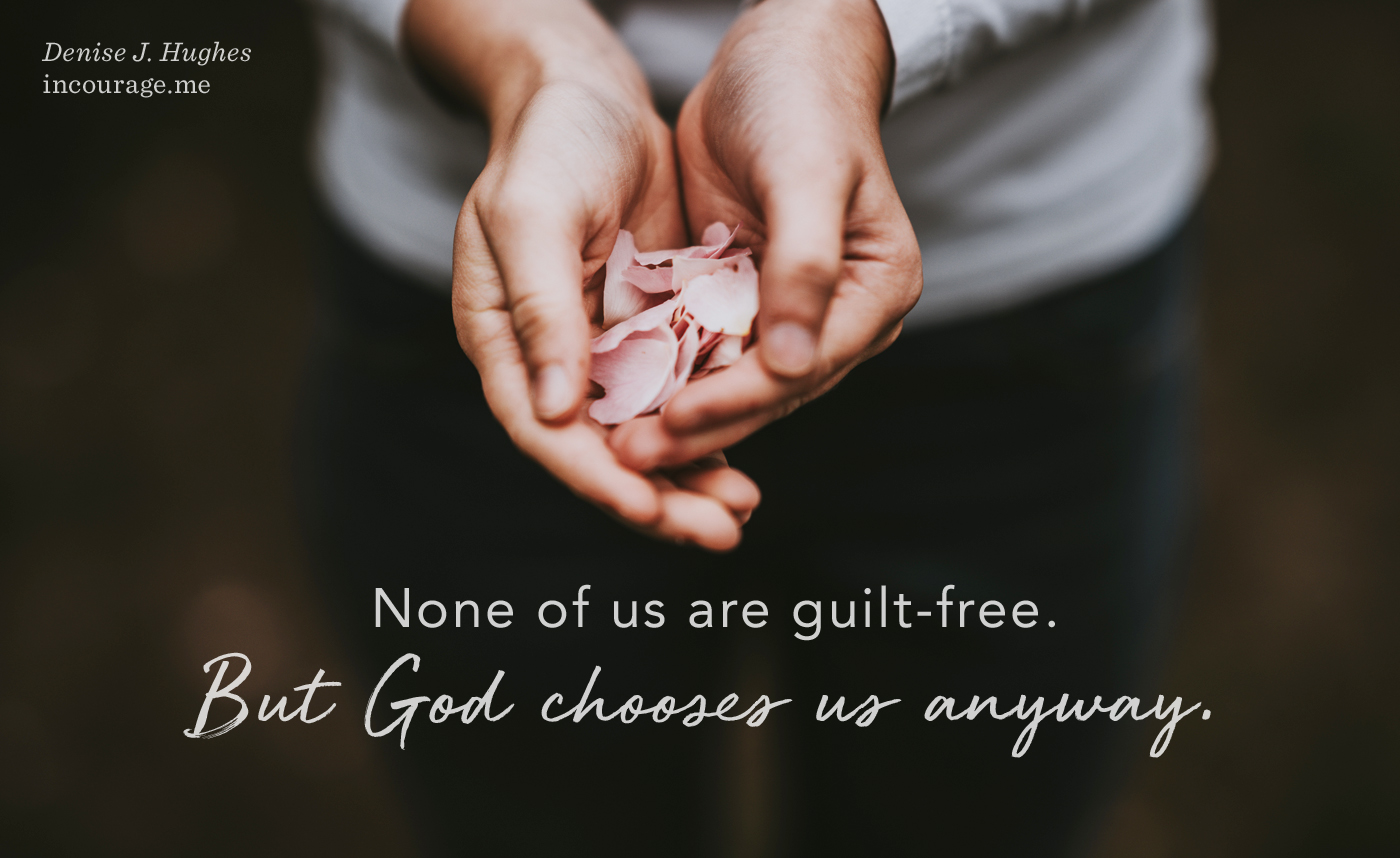 Draped in white lace I stood ready, waiting. The room brimmed with busyness around me as the bridesmaids clutched their bouquets and the mothers adjusted their corsages. The ceremony would begin any minute.

All of a sudden, an eerie silence descended. As I searched the faces of my girlfriends, expressions of shock and horror stared back at me.

“What happened? What is it?”

No one would answer me. So I followed their eyes to something happening behind me. The train of my bridal gown was several feet long — just how I always dreamt it would be — but a few creases had formed in the white satin. And there, kneeling by my train, my thirteen-year-old cousin held a steaming hot iron, and beneath it a dark orange triangle smoldered on the train of my dress. Apparently she tried to iron out the creases in the train, but the iron was too hot for the satin and burned the fabric instead.

In the sanctuary, we could hear the music begin. I looked up and said, “Quick! Somebody run to the church office and find some Liquid White Out!” Everyone just stared at me like I was crazy, but I was serious. The Liquid White Out might make the fabric clumpy and goopy, but at least it wouldn’t be dark orange!

Minutes later I had two friends on their knees pouring several tiny bottles of Liquid White Out on my dress. I told my young, mortified cousin not to worry about it, and I plotted with my maid of honor how we could hide the stain. Instead of spreading out my train behind me, like she had at the rehearsal, I asked her to fold the fabric over to cover the stain. And down the aisle we went.

No one in the sanctuary knew the bride had a huge ugly stain on her dress.

Throughout Scripture we see the metaphor of Christ as the Bridegroom and the church as His Bride.

Husbands, love your wives, just as Christ loved the church and gave Himself for her to make her holy, cleansing her with the washing of water by the word. He did this to present the church to Himself in splendor, without spot or wrinkle or anything like that, but holy and blameless.
Ephesians 5:25-27 (HCSB)

Every person has been stained by sin — myself included. None of us are guilt-free. But God chooses us anyway. And because of His grace the stain of our sin no longer marks us. We are cleansed. Set free. Made whole.

I’ve known this in my head for a long time, but there came a season in my life when I struggled to love the church as much as I loved God.

For the first time in my life, I wanted to stay home on Sundays. The hurts and misunderstandings were many. Even when I mustered the will to attend a Sunday service, I seethed inwardly whenever I saw one of the persons who had been so hurtful. I was having a hard time forgiving and moving on.

On Monday mornings I’d mutter to myself, “T.G.I.M.” — thank God it’s Monday. Monday meant it would be six more days until I had to go to church again.

During that season, church required more effort on my part. I began to wake up extra early on Sunday mornings so I could pray. Getting ready for church was like getting ready for battle — a spiritual battle. If I wasn’t ready in my spirit for a possible snide remark or silent snub, then I knew my emotions would get the better of me, and I’d be tempted to say something hurtful back.

While praying one Sunday morning, a picture came to mind — a picture of me, walking down the church aisle, with a huge ugly stain on my dress. The Bride of Christ isn’t perfect, just like I’m not perfect. But Christ’s forgiveness is complete. He has removed every spot and wrinkle. I prayed, Lord, help me to be a giver of grace — the same kind of grace You have given me because I’m a sinner too.

Sundays came and Sundays went. It wasn’t easy, but it did get easier. I wondered why I never included prayer and solitude as part of my getting-ready-for-church routine, but perhaps God knew I needed a specific reason to begin such a routine.

Thankfully, T.G.I.M. no longer echoes through my mind on Monday mornings. God has healed those old church wounds, and I’m deeply grateful for the local church body I’m a part of. The church is God’s chosen vessel, albeit a broken one. But that’s the whole point.

God uses broken people. He uses you. He uses me. And He redeems our brokenness for His glory.

God uses broken people. He uses you. He uses me. And He redeems our brokenness for His glory. - @denisejhughes at @incourage: