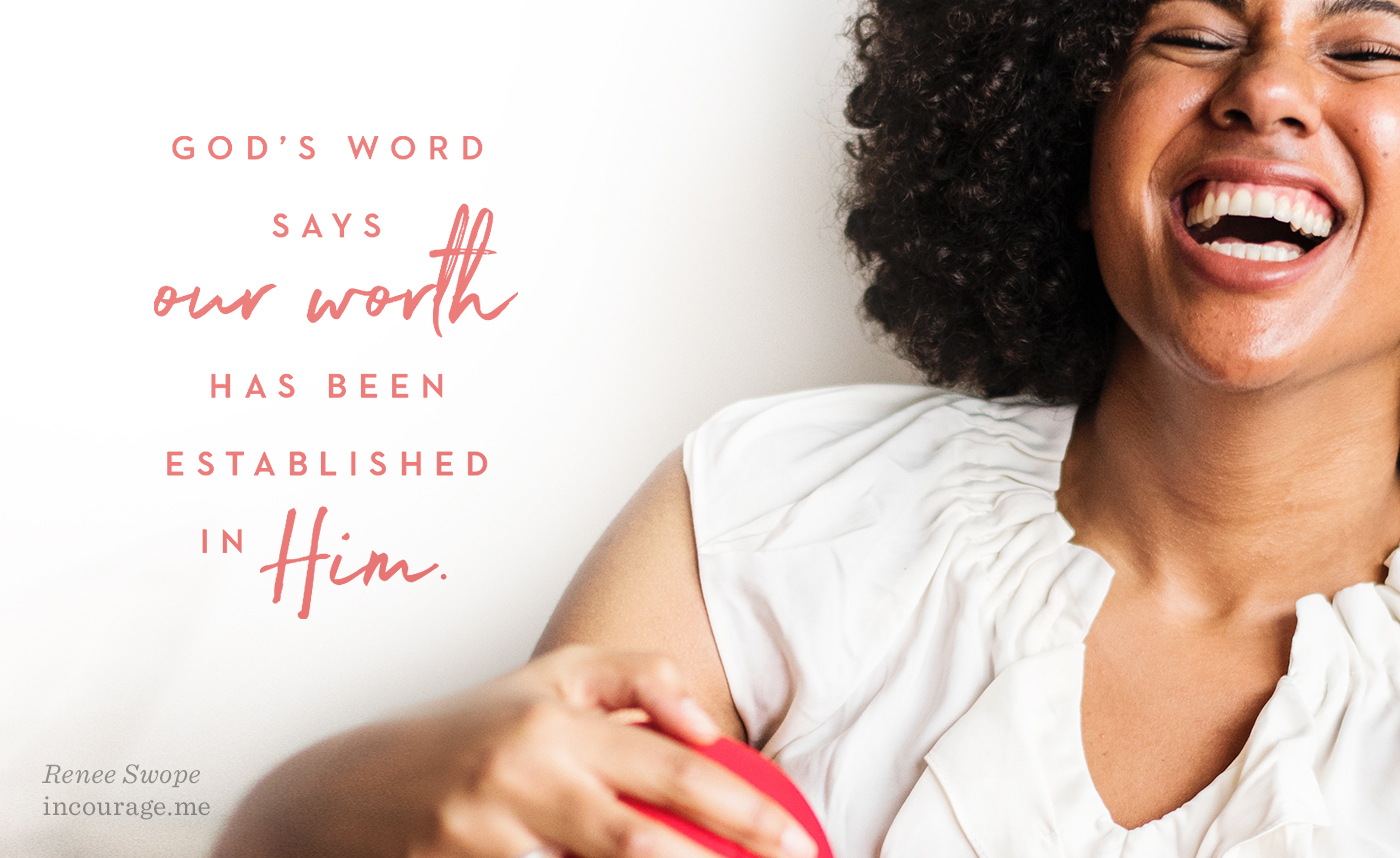 It’s usually very subtle. I’ll be thinking about something I want to do or something I sense God calling me to, and all of the sudden this nauseating sense of insecurity will come over me. Out of the blue, uncertainty will sneak up on me and whisper: You can’t do that. You’re not good enough or competent enough.

And many times I’ve gone along with my self-doubts, agreed with my insecurities, and shut down my desires because I believed the whispers.

For years, I didn’t tell anyone about the doubts that lingered in my thoughts. I figured if someone else knew the reasons I doubted myself, they’d notice all the flaws I had worked hard to hide. Honestly, I thought I was the only one who struggled with doubt. But I never called it doubt; maybe you don’t either.

I called it worry — worry I was going to disappoint someone, worry I might make a mistake and get criticized for it, worry I’d start something but not be able to finish it.

Or I called it fear — fear of not measuring up, fear of rejection, fear of looking prideful by thinking I could do something special for God.

There was a pattern in my thinking that led to a pattern of my un-believing.

As a child I doubted I wasn’t worth keeping. Insecurity kept me from riding the carousel at an amusement park because I didn’t believe my dad would wait for me. In school, I thought I wasn’t smart enough and avoided some great opportunities because they came with the risk of failure. As a young bride, I doubted my worth in my husband’s eyes. Although he gave me no reason to fear, our newlywed memories included a lot of arguments about trust.

The apostle Paul challenges us in Romans 12:2 not to let our minds be conformed by the patterns of this world but to be transformed by the renewing of our minds so that we can discern God’s perfect and pleasing will and know if that thing we’re desiring to do is His idea or ours.

But how do we know whether we’re being conformed or transformed?

The world’s pattern of thought says our worth is measured by our productivity and performance, our size and status, the number of friends or followers we have on social media.

God’s word says our worth has been established in Him — not based on what we have or what we can do but based on Who He is and what He has already done on our behalf.

Yet how often do we doubt our worth in a single day? How often do our thoughts convince us we’re not enough or that we don’t have what it takes?

Recently doubt almost convinced me I was a mess who couldn’t handle her life. I had a herniated disc that made it impossible to sleep or walk, a work deadline I wasn’t going to meet, several therapy appointments with my daughter, and a friend I’d let down because I couldn’t be there for her.

I was drowning in a deep sense of inadequacy and and frustrated with my inability to steward my relationships and my own well-being.

But this time, instead of going along with my pattern of destructive and discouraging thoughts, I went looking for truth to re-pattern my thinking. I found and focused on Philippians 4:13:

I can do all things through Christ, who gives me strength.

As I read those words, I closed my eyes and imagined a thread of God’s promise being sewn into the fabric of my thoughts — I could do it all if I depended on the strength God promised to give me through Christ in me.

And as I took one step at a time, seeking His direction and leaning into His understanding instead of my own, God transformed my perspective. He renewed my mind with an unexpected calm, clarity, and confidence that I could do what He was calling me to do and nothing more.

It sounds like it was a quick fix, but it was more a process of letting God slowly change the pattern of my thoughts to be more like His throughout the day.

The patterns of this world lead to doubt, fear, and worry. They are powerful forces, but God’s Word trumps them all, always.

Whatever doubts you’re facing today, you’re not alone. I’m asking God to help you and me be bold and intentional by letting Him change our minds, allowing Him to replace our conformed thoughts with His transforming truths and to know:

He who began a good work in you will bring it to completion at the day of Jesus Christ.
(Philippians 1:6, ESV)