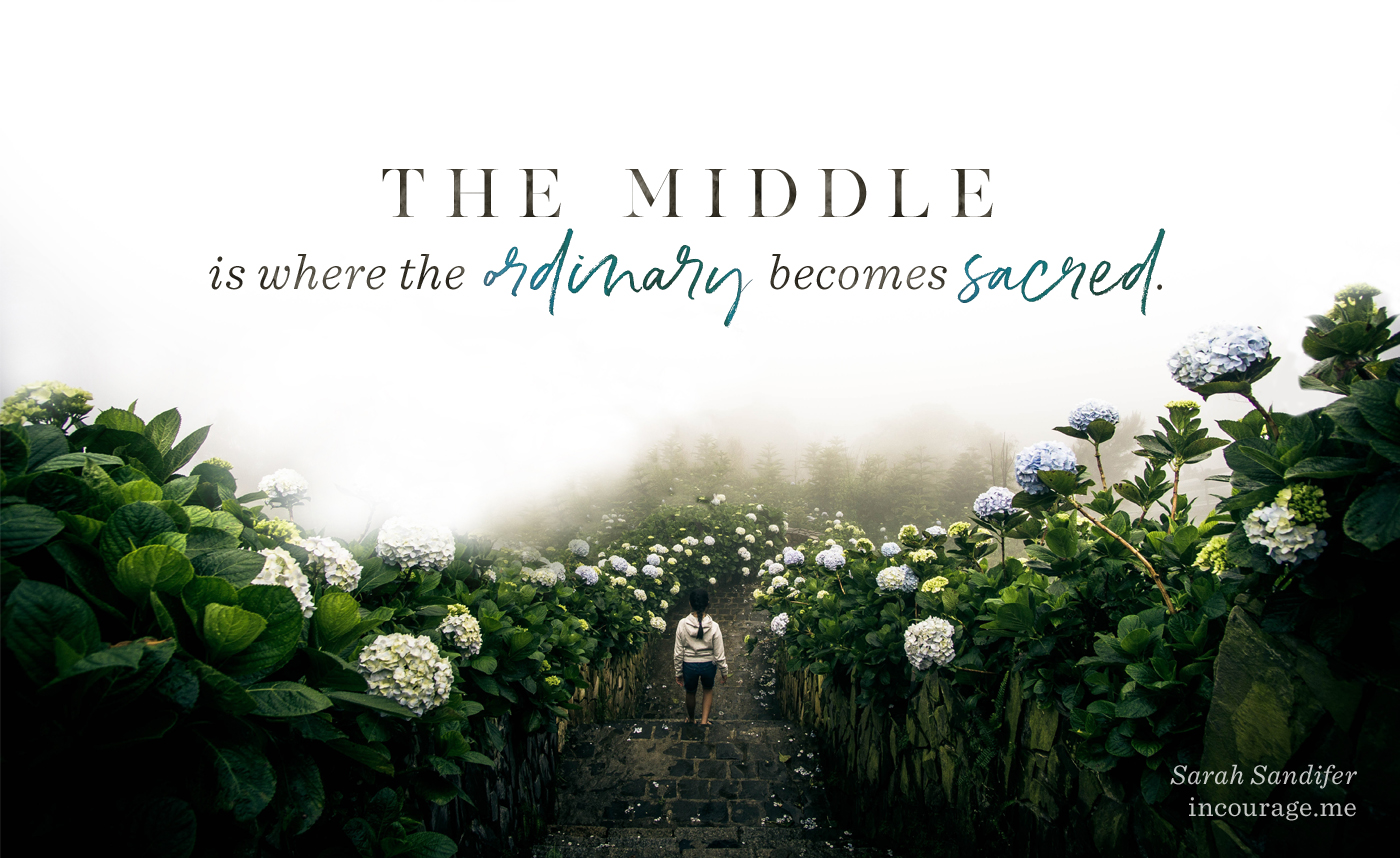 We are in the middle of simplifying and downsizing when I come across a sweatshirt circa 1991.

“LANE. This was my favorite sweatshirt when I was eight. Honest to goodness, I wore it every single day of third grade.” It occurs to me how many years it’s been since I was that age, and I sink to the floor as the shocking realization hits:

“Um, babe. Do you realize we’re coming up on almost thirty years since we were in the third grade? THIRTY.”

“Is this actually happening to us? Are we actually getting older together?”

Typical to us — me the emoter, he the stoic — his response is matter-of-fact: “Yep.”

Our life has taken a number of twists and turns, but we’ve done it together and that’s what counts most right now. Somehow, both suddenly and slowly, we find ourselves in our mid-30s, in the middle of raising our family, in the middle of our life, really.

Some might call our life an adventure, but from where I sit, we’re just doing what we’re supposed to be doing. We do what we can to bring a little more light than there was before we came along, and we do it by putting one foot in front of the other, one day at a time.

It’s this “one foot in front of the other” part I think about a lot lately — this very ordinary nature of moving forward. As it turns out, it’s quite a bit harder than it appears, and I don’t think I’m alone in this.

Beginnings tend to have a surge of adrenaline, an the excitement of newness, while endings have the resolution and redemption of a finish line. The ordinary middle tends to be unglamorous, a lamented exercise in fidelity where there’s no other way to go but through it. The middle is when discipline tends to wane, when other options seem a little more tempting, when we begin to look to the right or to the left.

The Israelites knew this dance well.

Throughout the Old Testament, God continually and kindly instructs them on how to live life well, knowing their human tendency to long for another path. He reminds them to stay the course, to continue on. He knew they might start to wander if they saw a path that looked easier or someone else who didn’t have it as hard. He knew they might turn clear around and go right back to Egypt if they wandered too far from His path.

I’m like the Israelites. I look to the right and to the left all the time. My wandering heart could use a little binding, truth be told. I look at kids with different temperaments, couples that get out on more dates, careers that don’t require such transience, and I long for them. Jesus, not surprisingly, offers a solution:

Look at Me instead. Run the race I marked out for you, and keep your eyes on Me.

Such is the nature of moving forward, of putting one foot in front of the other: the ordinary becomes sacred. As we walk the path laid before us, we become more attuned to the voice of our Guide telling us, “This is the way, walk in it.” The middle becomes less mundane and more purposeful. It becomes the place where we cultivate deep resilience and align our hearts to the presence of God. It’s where we’re always be guided by Love itself, and I’m finding that as long as I’m being led by Love, He’s taking me exactly where I need to go.

Being led by Love takes us exactly where we need to go. // Love this truth, today at @incourage: 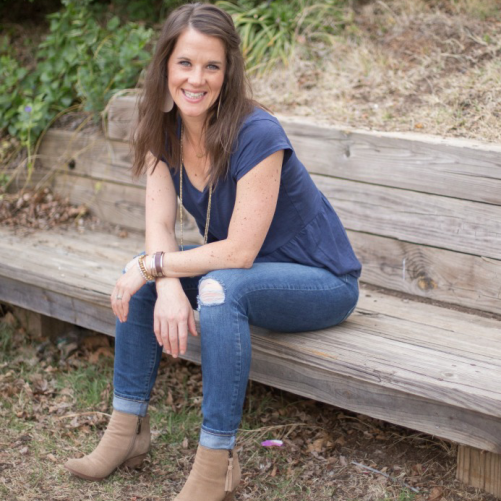 Sarah Sandifer is married to a military man and is a mama to three darling and rambunctious girls. With their adventurous life comes her ability to discover abundant life in unexpected places and she writes to encourage women how to design their own abundant life within their actual life, too.