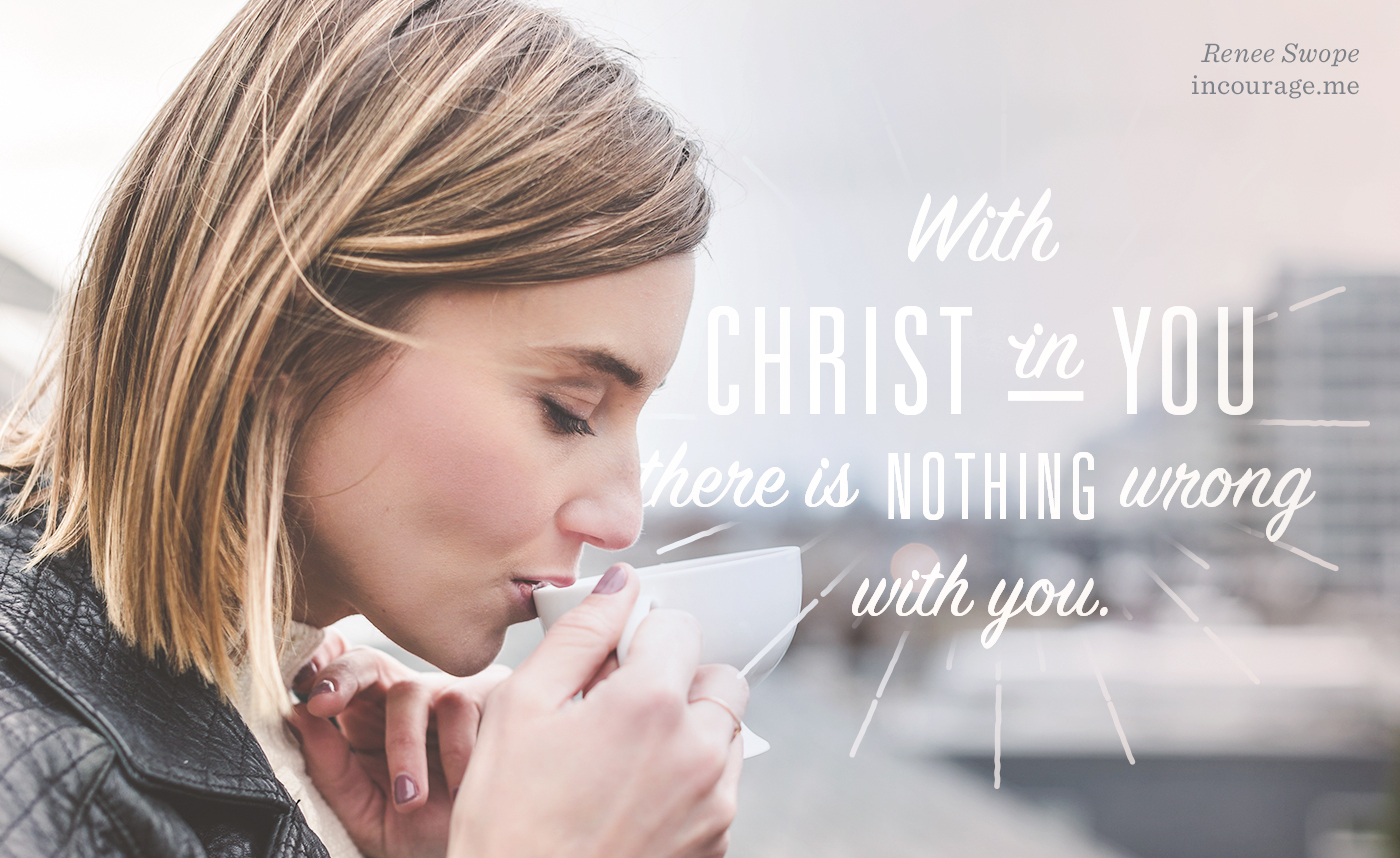 How often do you ask yourself, “What’s wrong with me?”

It’s a question I’ve asked myself way too many times: when I forget something important, when I’m late for a meeting, lose my keys, miss deadlines or walk into a room in my house and can’t remember why I went there.

But one day I got tired of telling myself something was wrong with me. And got tired of trying to figure out my elusive fault so I could change it.

I needed to change the way I talked to myself.

God doesn’t want us berating ourselves with questions and statements that make us feel defective and defeated.

But, we have an enemy who loves to cast a shadow of self-doubt over us by playing into our self-defeating thoughts. He tries to get us to focus on all that is wrong with us (real or perceived), instead of anything that is right with us.

Scripture tells us when Satan lies, he speaks his native language, for he is a liar and the father of lies (John 8:44). The word lie means a falsehood with the intent to deceive.

Satan intends to deceive our hearts by getting us to take our eyes off of who we are in Christ and focus on our flaws — then spend our days figuring out how we can hide them.

One of his goals is to get us to believe lies that leave us feeling inadequate and unsure of ourselves. It’s just what he did with Eve in the garden. In fact, I wonder if Eve might have thought, What’s wrong with me? when she became aware of her inadequacy.

Then the eyes of both [Adam and Eve] were opened, and they realized they were naked; so they sewed fig leaves together and made coverings for themselves.

Then the man and his wife heard the sound of the Lord God as he was walking in the garden…and they hid from the Lord God…But the Lord God called to the man, “Where are you?”

In verse 11 God responds with a question, asking Adam who told them they were naked. In other words,“Who told you that something is wrong with you?”

In asking this question, God acknowledged there was someone casting shame on them — and it wasn’t Him.

I believe He wanted them to be aware of their enemy who was whispering lies into their hearts, causing them to move away from Him and from each other. God also wants us to be aware that we have an enemy who is constantly trying to convince us that we’re inadequate and that something is wrong with us.

Sadly, we often go along with Satan’s lies and live like they are true. Rarely do we stop to ask, “Who is saying these things? Who is causing me to doubt myself? Is there something from my past that led me to believe this? Or is it the enemy of my soul disguising his voice as my own?”

Satan’s schemes are the same for us as they were for Eve. But we don’t have to go along with him. Instead we can refuse his lies and refute his accusations with these truths:

Which encouraging truth do you need to hold onto this week?

With Christ (in) you, there is nothing wrong with you. Don’t let anyone, not even yourself, convince you otherwise.

With Christ (in) you, there is nothing wrong with you. Don't let anyone convince you otherwise. // @reneeswope at @incourage: