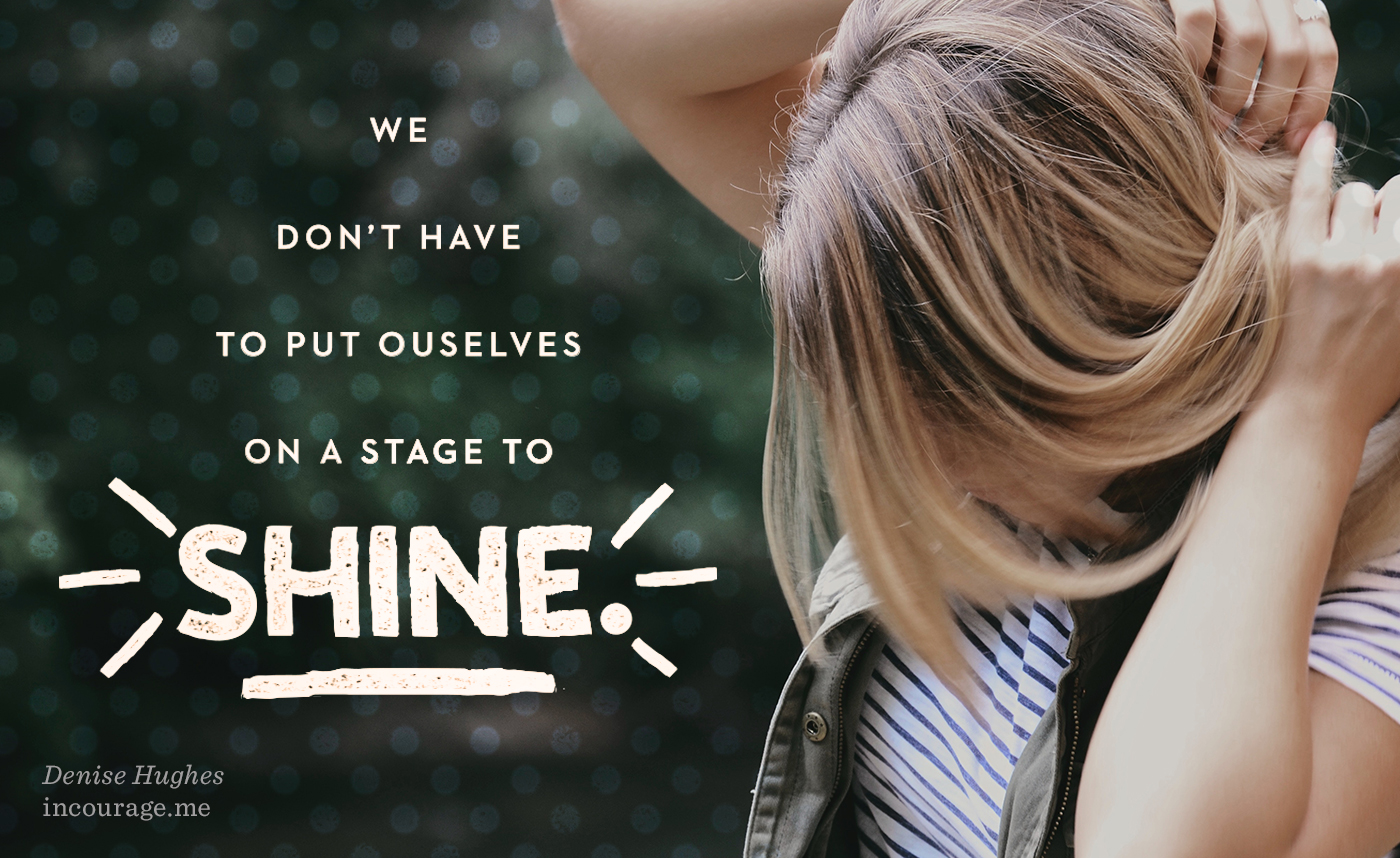 At choir rehearsal, the worship pastor announces that the Worship and Creative Arts Department is going to put on the Broadway-style musical Joseph and the Amazing Technicolor Dreamcoat. It’s based on the story of Joseph from Genesis 37-47, and the whole choir is invited to participate in the cast.

For the next few months, we learn the songs and choreography, we wrestle with colorful costumes, and we slather on enough stage makeup to scare any poor toddler we happen upon.

On opening night, I double-check that I have everything I need for each scene.

As the narrator sings Red! I’m supposed to hold up the red pom-pom, and when she sings Yellow! I lift up the yellow pom-pom. It’s all perfectly choreographed with the lyrics about Joseph’s coat.

In the final scene of the show, Jacob and Joseph are reunited, and the whole cast takes a grand bow. While I’m bowing, I see Allison behind the stage curtain. She’s beaming with joy because everything went off without a hitch. I know Allison helps other cast members, too, the same way she helps me with my pom-poms. She’s like the wizard in Oz behind the curtain, making all the stage magic happen.

All of a sudden I’m sad because she isn’t taking a bow with the rest of us.

The applause is as much for her as for those of us on stage. If anything, she’s worked harder than any of us. But Allison doesn’t look sad. She looks positively content, and I can’t help but wonder: What is that like? Working behind the curtain? Holding someone else’s pom-poms? And never receiving any applause? Would I be as content doing the same?

In Philippians 2:14-16, Paul says we shine like stars when we do the things in front of us without grumbling, holding to the word of life.

We don’t have to put ourselves on a stage — under a spotlight — to shine.

We simply need to live a life that follows in Christ’s footsteps. We humble ourselves. We serve others. We complete the tasks we’re given without complaining. We do the things most people would wince at. And we do them with a glad heart. We don’t need to tell anyone about them, either.

As a young twenty-something on stage, I struggled to understand Allison’s joy in serving behind the scenes. I thought the real joy was out on stage, taking bows under bright lights. But Allison knew something I didn’t: We find the deepest delight when we serve in hidden ways.

Allison has become one of my hidden heroes. She showed me what it looks like to be a woman holding pom-poms for another woman.

That’s who I want to be today — someone cheering wildly for her friends.

We find the deepest delight when we serve in hidden ways. @denisejhughes at @incourage: