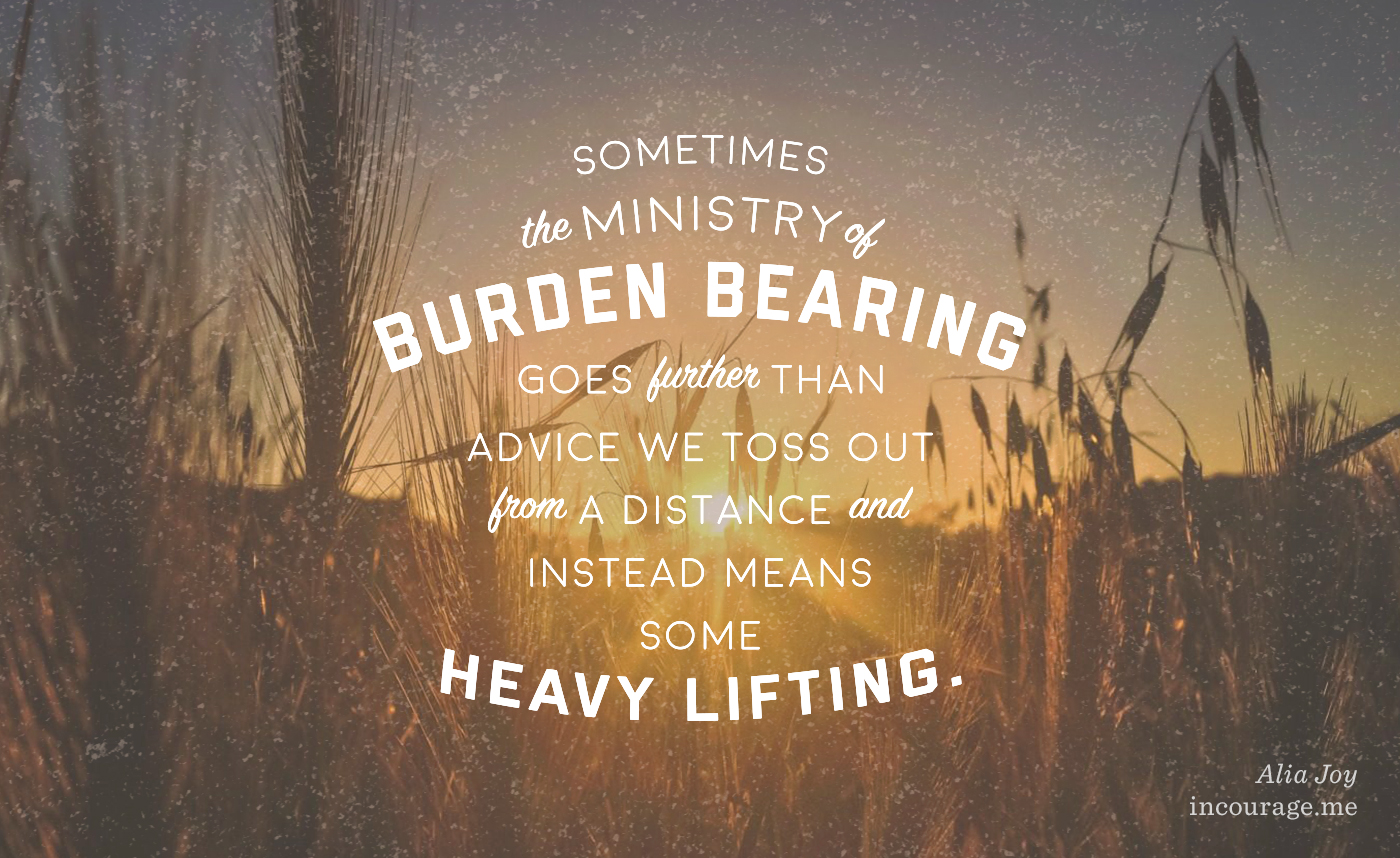 I fell out of a chair and re-injured my ankle. The same ankle that’s been giving me grief for years and often flares up, leaving me limping and in pain.

Let’s not discuss how it’s even possible to fall out of a chair while sitting. I’d like to think I have the grace and agility of a jungle cat but my kids have informed me it’s more akin to one of those fainting goats whose muscles freeze when in a state of stress resulting in them dropping straight to the ground with their helpless legs paralyzed in the air above them. That was pretty much the state they found me in when I smacked against the floor and they found me rolling around in agony. Kids keep you humble, man.

This current bout of pain and limping is comical in many ways but many times the physical, mental, and emotional trials in my life have felt insurmountable.

There are times when it’s hard to imagine God’s goodness in the face of suffering, and grace does not seem sufficient for the weakness inherent in these jars of clay. You’d think a better option would be stainless steel, something that won’t rust or crack or wear out. A nice new body with jungle cat reflexes and no stretch marks would just be a bonus. But God chose the weak to shame the strong and I’m nothing if not an example of that.

When we are weak, He is strong. It’s a pithy verse we like to trot out and plop down when someone else is suffering. We like to talk about how God works all things for good, especially when it’s not our circumstances that are a mess. Don’t get me wrong, these things are all true, as God’s Word says, but it’s just human nature to want to tidy things up when someone close to us is expressing doubt, or loss, or grief.  It doesn’t mean we have bad intentions or that we’re hurtful people, sometimes we honestly think we’re helping.

But as someone who has been on the receiving end of a lot of “let go and let God” and “sometimes God shuts a door and opens a window” pep talks, it can feel a little tone-deaf. Especially if that’s all we’re ever hearing from people.

Jesus was really good at reading a room what with being able to see people’s hearts and all. He could spot hurt and doubt and fear and knew just when someone needed a tangible touch of grace, an exhortation, or even a rebuke. When we look at Scripture, we see Jesus offered comfort, presence, and grace, but He also met people’s needs right where they were at. He fed them and healed them and served them. He wasn’t afraid to get messy in the process and that’s something we need to be willing to do as well.

There are a myriad of human emotions that are difficult to sit with, to engage, to carry. During a tender and wearying time, it’s often easier to promise someone the happy ending than to accompany them on each agonizing step in their long walk of obedience.

As we deepen our friendships with those around us, it’s a good sign when they begin to share deeply about the real issues in their lives. But so often we’ve been trained to have all the right answers and be ready with a verse, or a quote, or an uplifting anecdote that we forget that sometimes the ministry of burden bearing goes further than advice we toss out from a distance and instead means some heavy lifting.

Are we people who bear one another’s burdens well? Or do we spend most of our time trying to convince them that it’s not really that heavy or that they don’t have that much further to carry it?

Sometimes I wonder if all our pep talks are really more to insulate ourselves from the very real truth that sometimes God sifts us like wheat and the trials we face aren’t just some attack of the enemy but a tool God uses to refine our hearts and minds in Him and in that moment it feels like the cruelest of gifts. Could we be people who cry out, as Job, “Though You slay me, yet will I trust You,” and not have it be some patch slapped onto hard times to make them more palatable but an admission of our profound weakness and inability to carry a single thing on our own? Could we be people who confess our great and unending need for one to another and be met with Jesus?

If we believed that God can and does call us to a life of dependence on Him, would we not also believe He calls us to a life of interdependence with each other? As the body of Christ, are we not one flesh who mourns and rejoices and each has a vital function?

There was a time not so long ago when I felt the world was crashing down around me. My mom had broken her back and I was her sole care-taker, there were family issues and financial stresses, and I was so exhausted both physically and emotionally I wasn’t sure how I would survive my days. It felt like the world had gone cold and although I trusted that God would see us through, the actual battle to believe it was enormous.

I needed to know that God was close. That Jesus wasn’t far removed but instead cared that I couldn’t go grocery shopping without leaving my mom. A God who understood that medical bills and prescriptions are costly and sometimes the paycheck doesn’t stretch far enough. I needed a God who got that homeschooling on a few hours of sleep was overwhelming and sometimes everyone’s needs were too much for me to juggle.

I knew God was close in theory but God’s people were the ones that helped demonstrate it.

They brought dinners, they sent a gift card for groceries right when we needed it most, they took my kids to the park for me to get a break. One of my mom’s friends covered my doctor’s fee and prescriptions so that I would be better equipped to care for my mom during a time when I was really struggling mentally. She saw a need she could meet and she did. God’s people were the ones who lifted us in prayer, who sat with me through the tears, who reached out to say, “How can we meet you in this?”

I was sharing this experience with a friend recently and she said, “That’s surprising.” I knew what she meant because for many, that hasn’t been their experience in the church. Many people I know, who have great need, have been met with pats on the back and hasty verses shot at them about trusting in God for provision. Many have had tons of offers for prayer but not one dollar towards helping them out in a difficult situation.

I know this might get some pushback and so I hope you hear my heart when I say, sometimes we need to do more than offer to pray. Not because prayer isn’t powerful or necessary, because it is. But sometimes after we’ve prayed, God is asking us to move. To invest more than our words, to invest our time, our energy, our money, our gifts, and our presence. He’s calling us to gather round and push in close, not just to Him but to each other. Sometimes we’re the answer to someone’s prayers.

I had friends who saw me broken and unable to walk and who came with willing hands to lift the corners of my mat and bear my burdens. Who didn’t just see the obstacles ahead and say, “Well don’t worry, Jesus is up ahead, even though you can’t see Him, and everything will be fine,” but who instead bore me on their shoulders and made a way to place me at Jesus’ feet. They were a tangible touch in an unfeeling world and they showed me Jesus when they said, “I’m here with you,” and meant it.

Just then, some men came carrying a paralyzed man on a mat. They tried to bring him inside to set him before Jesus, but they could not find a way through the crowd. So they went up on the roof and lowered him on his mat through the tiles into the middle of the crowd, right in front of Jesus. (Luke 5:18-19)

The ministry of burden bearing goes further than advice we toss out. // @aliajoyh at @incourage: