It’s funny how the Christian life seems so simple. . . until I reach a crossroads.

As a Christian, when walking through a particularly difficult time in life — a valley season — I sometimes find myself between two faith positions.

The fiery furnace I’m facing threatens to steal my life in the most agonizing of ways. The heat is unbearable; the flames are jumping and licking at my toes, taunting me with their power over my life and there’s simply no way out.

Despite the inferno before me, I can’t move past a knowing that burns deep in my belly. It burns just as fiercely as the furnace before me. God. Is. Able. He is fully capable of using His power and working His will in countless ways to get me out of this mess, save my life, and magnify Himself in the process.

Just because God is able, doesn’t mean He will. So then comes another fiery choice: Will I still believe His goodness and worship Him with my whole heart if He doesn’t?

So I rise up and declare to the flames, “My God is good, and He is fully able to rescue me from your clutches of death. He is more than able. And even if He doesn’t rescue me, He is still good, and I will still bow before Him and Him alone.”

The moment of truth comes when I lift my foot — trembling, hoping, believing — and step headlong into the fire.

“Look at the nations and watch — and be utterly amazed. For I am going to do something in your day that you would not believe, even if you were told.” {Habakkuk 1:5, NIV}

Shadrach, Meshach, and Abednego didn’t know which ending their story would have. They had to step into the fire in order to discover what God was doing, which was something downright amazing that would have been hard to believe even if He had told them ahead of time.

Lazarus had to die in order to see the unexplainable, unbelievable thing God wanted to do.

Maybe you have to step into the fire today to see which direction He wants to take you.

Maybe you have to be willing for the answer to be that He doesn’t rescue, and you choose to honor Him anyway.

Maybe God won’t do the amazing and wondrous thing He wants to do until you step into the fire: quit the job; apply for the job; start the chemo; call that estranged one.

All I know is, this life lived in the tension between “And even if He doesn’t” and “And even if I told you” is not easy.

Then again, I don’t recall Jesus promising us easy.

This life between the “And’s” is painful and hard. It takes willful, white-knuckle choice to follow Him no matter what — again and again and again. This life requires sifting Truth from lies, choosing hope over despair, light over dark.

This life. Oh, this life lived in the tension between the And’s. It is oh so beautiful. It pulls redemption from the wreckage of destruction. It lifts to restoration after brokenness. It brings unspeakable strength that is only found, ironically, in dying to self. This life brings rebirth where once was death. It cultivates beauty where once ashes reigned.

If you’re there today, friend, know that you are not alone.

He is walking with you and orchestrating this achingly beautiful life between the “And’s” — working it all for something more beautiful than you could imagine — even if I told you.

Sometimes we have to step into the fire to see which direction God wants to take us. {Tweet This!} 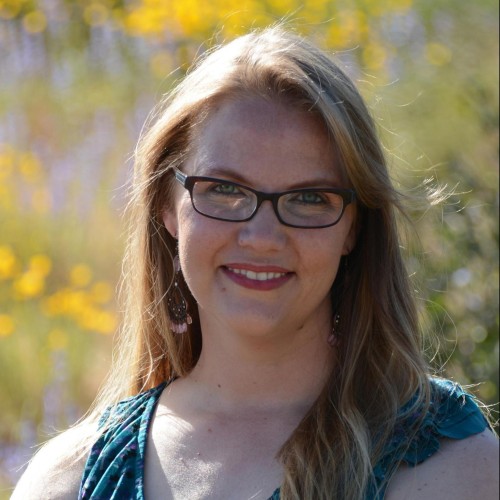 Jennifer is a newly returned expat learning to better live her faith, love her man, and raise her kids.