So there this Farmer.

Yeah, he could have been an electrician, a mechanic, a vet —

and a story like this could have easily been about a salesman, a mother, a nurse, a teacher, a trucker because we’re all kin with stories that are kind of the same and we’re all the same kind of different.

So, yeah, there once was this Farmer — and the guy knew dirt.

And yeah, there’s not one of us that doesn’t. 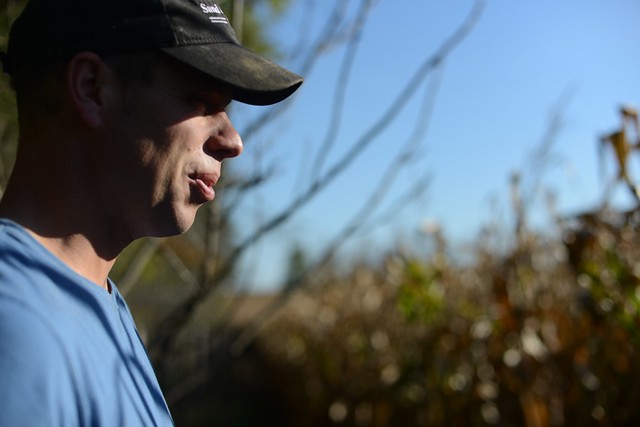 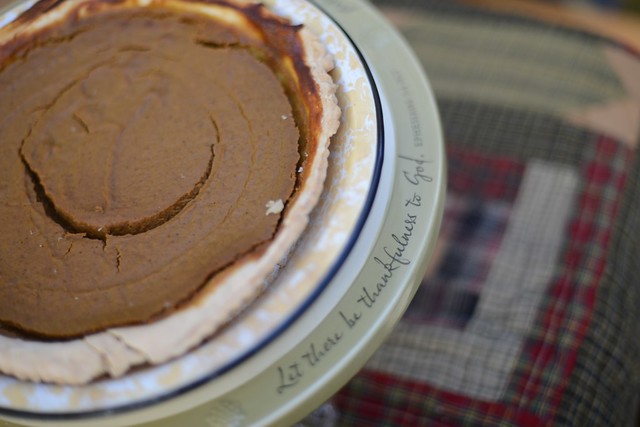 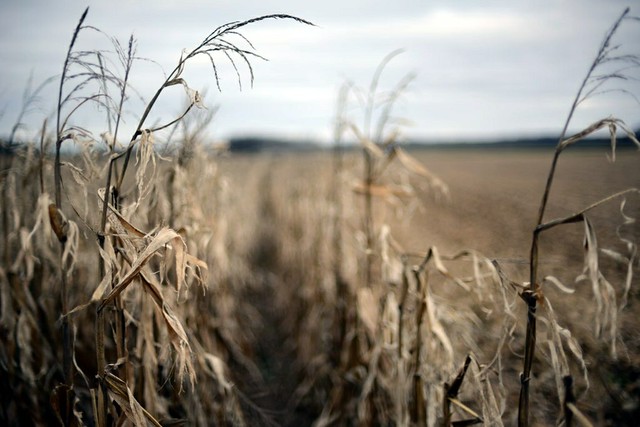 When he found out that this is the way it goes — that he had to work out his own salvation — he stood on the edge of the field and looked across it like a man trying to find his way.

He’d work out his salvation like he’d work out in the fields — turning over the earth, turning up his open hands. He tied on his beat-up steel-toed boots. He pulled on his bent up John-Deere cap. He did this and went out every day. He broke up hard ground.

He plowed. The sun beat down. He believed in seeds. He believed the small things would yield. He said thank you a thousand times, the earth breaking up slow under the steely glint of the mirrored edge of the furrow. 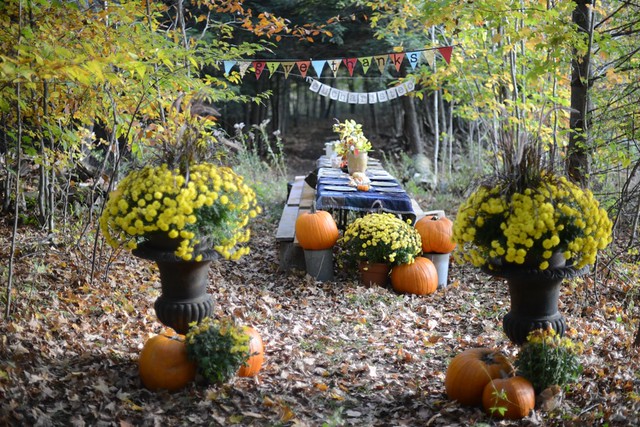 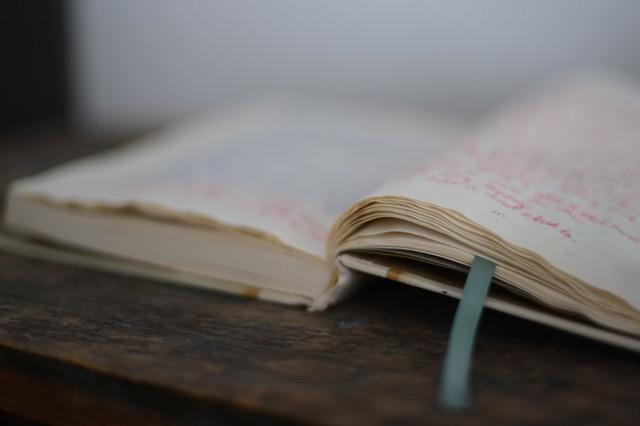 The bills stacked on his desk. The dog died. One of his boys rebelled like he was part mule, part rattler. The kick and the sting of the whole thing just about killed him. He plowed anyway, his lips chapped and burning under the sun, murmuring his brazen thanks.

His wife held him in the dark. He clung to prayers.

He was tempted, but he didn’t get in the pickup and head west in his own cloud of rebellious dust. He was brave and he stayed everyday. He went out and did his work and he gave thanks when it made no sense because his God knows no bounds. God had to be in the hard, so he’d give thanks in the hurt — that he hadn’t been left alone, had never been left alone.

When the corn came up, a late frost killed every stalk. He planted again. He counted blessings and let thanksgiving be planted deep in him. He opened his hands. He received what God gave — and he gave thanks. His eyes opened and he got joy. 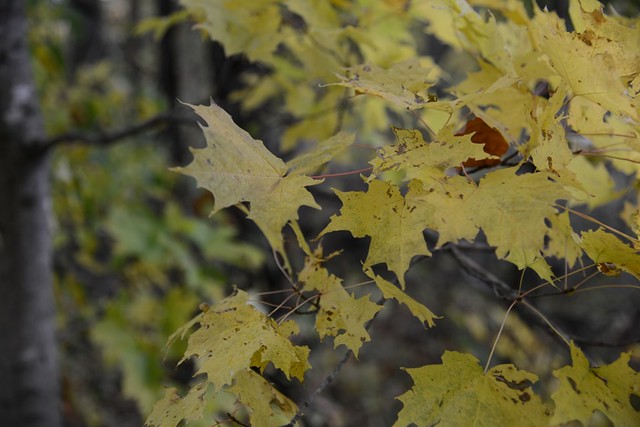 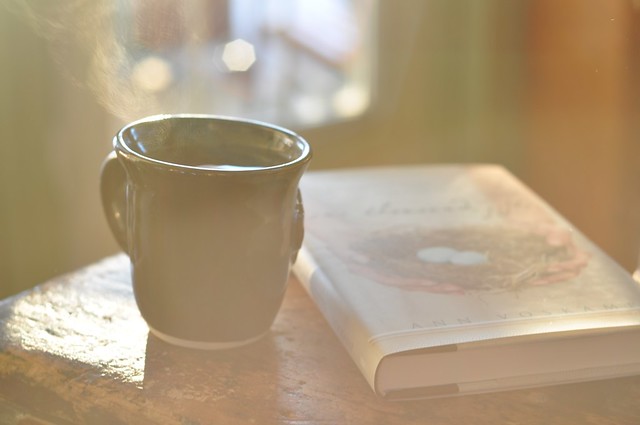 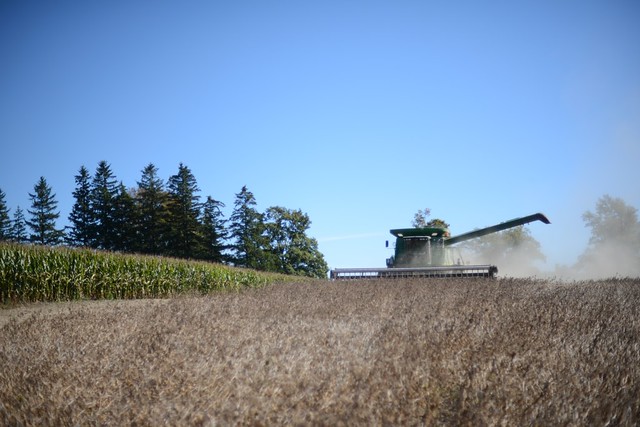 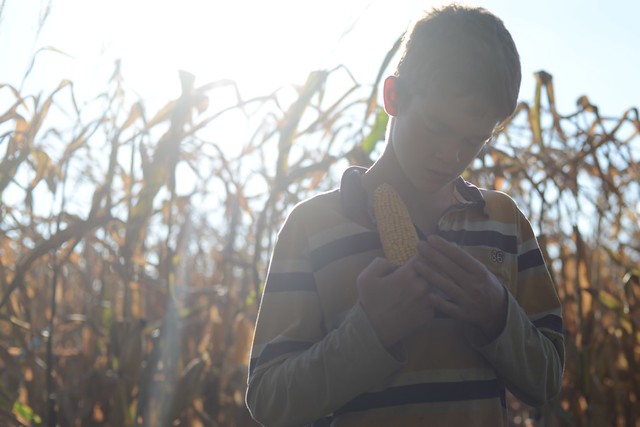 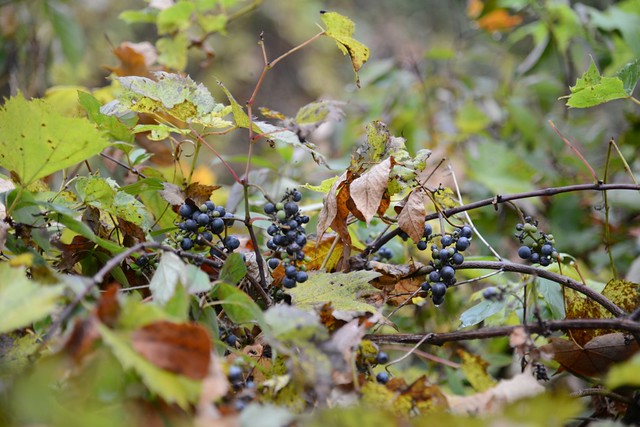 When the beans started to pod up, an army of aphids ate the crop. He plowed them down. He bowed his head and plowed his field and murmured thanks in sheer defiance of everything in him and around him that said this finally proved God wasn’t good. He opened his hands. He received what God gave — and he gave thanks. His heart opened and he got joy.

When the wheat was right ripe, a hail storm laid it flat and rain came down hard and made the kernels mold, and the Farmer brushed away whatever was falling down his cheeks and he turned over his hands and he gave audacious thanks as a subversive act against the dark that tortured him to scoff at God.

He opened his hands. He received what God gave — and he gave thanks. His life opened — and he got joy. 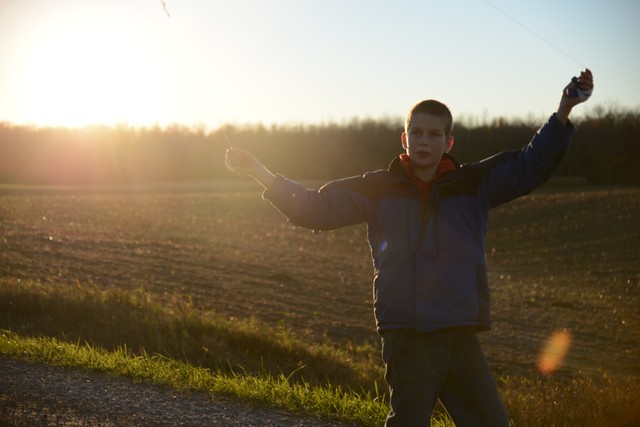 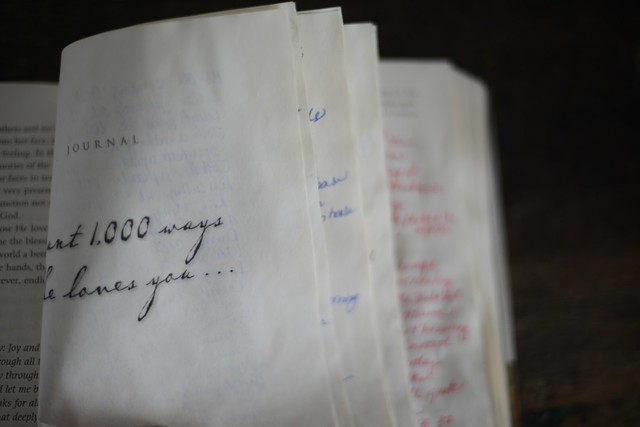 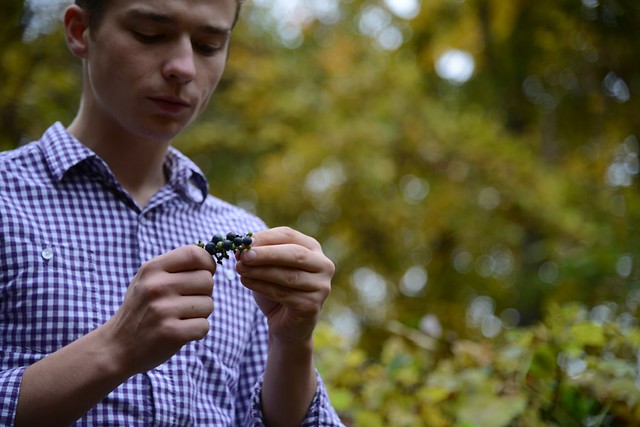 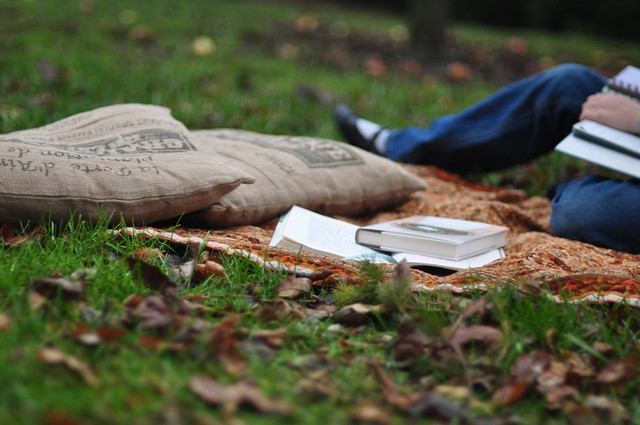 His wife held him in the dark.

And he lay there in black and whispered how he could still see: Thanksgiving to God is the only thing that heals our view of the world.

She could hardly wrap her arms around him, his heart had grown so large. She could see how he kept going, how he kept seeing to keep going: Without thanksgiving, the world distorts. 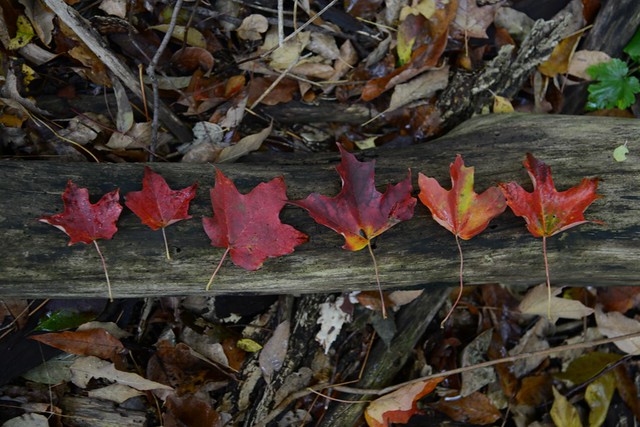 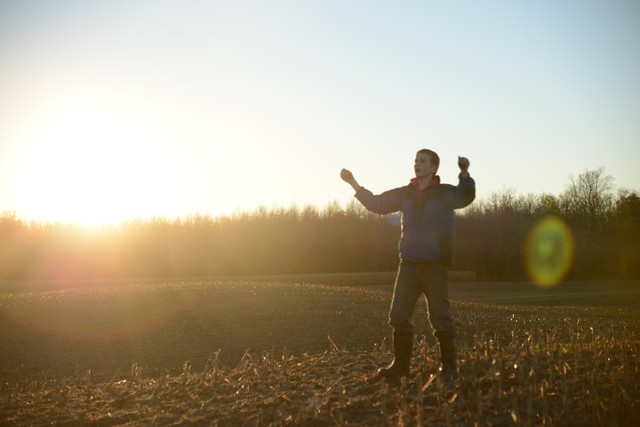 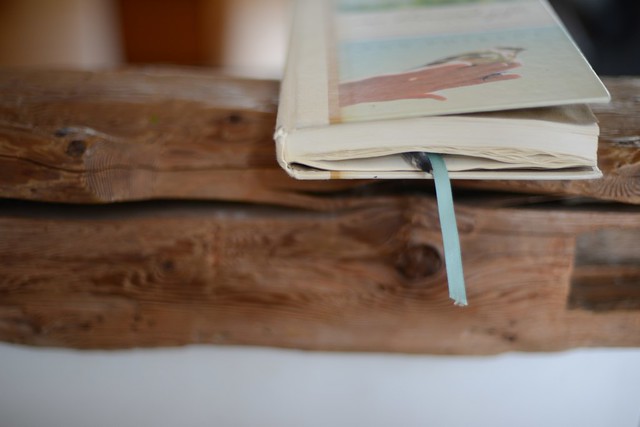 They were simple people, but they knew it because they had lived it:

No matter what we’re facing, there are always only two roads: thanksgiving to God or dismissing of God.

The Farmer and his wife would let nothing steal their thanksgiving to God — so that in everything they could stand strong in God. 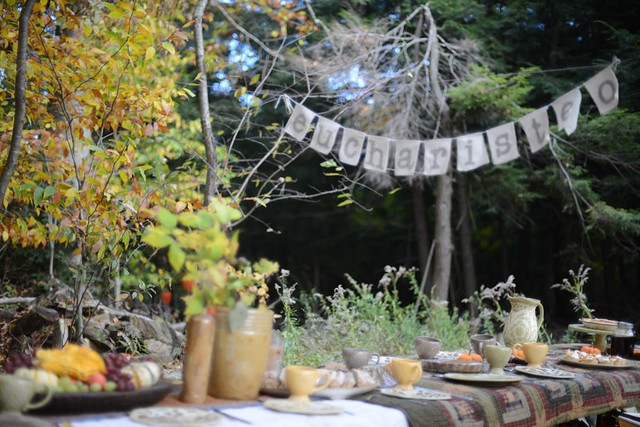 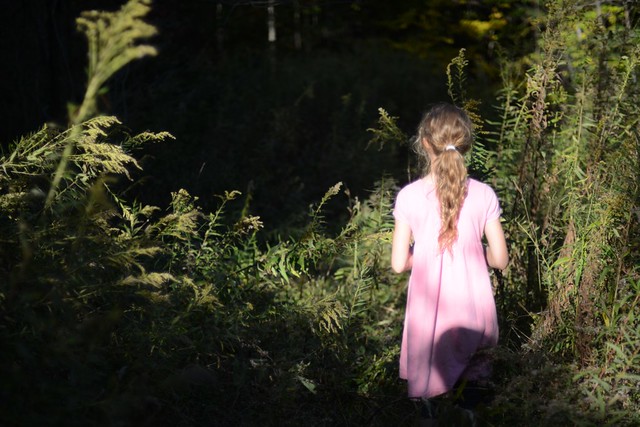 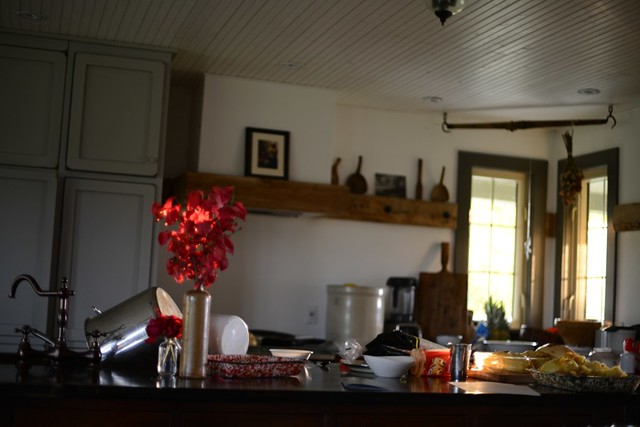 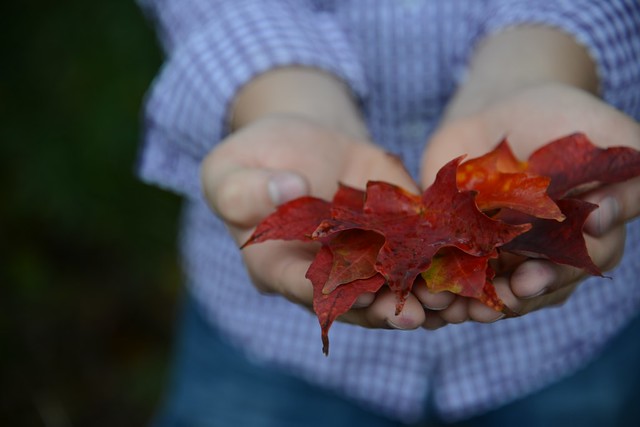 Simple people — keeping it simple. Sometimes they would pull each other closer in the dark and laugh quiet and brave, and she could feel the smile in them: we will give thanks to God not because of how we feel, but because of who He is.

No disaster, no storm, no cancellation, no termination, no catastrophe would stop them from giving thanks. Because the Farmer and his wife knew it:

No matter where they were, every thanksgiving always brought them home —

giving thanks, always bringing you home

to the heart of God.

We will give thanks to God, not because of how we feel, but because of who He is. {Tweet this!}

Ann Voskamp is a farmer's wife, the home-educating mama to a half-dozen exuberant kids, and author of One Thousand Gifts: A Dare to Live Fully Right Where You Are, a New York Times 60 week bestseller. Named by Christianity Today as one of 50 women most shaping culture and the...