It’s been one year since that beautiful October morning. My house looked like the aftermath of a wild tailgate party. There was an enormous RV in my driveway with the awning drawn out, tables and chairs and empty cups scattered around. A barbeque pit stood in my front yard while my porch held coolers and a huge white banner.

It was my 38th birthday, but more notably than that, it was the first morning I had woken up after losing my mom. This hadn’t been a party. This had been hospice care.

The hospital cot in my bedroom that held all 90 pounds of my sweet, fragile mother and was now empty. The cancer had been too aggressive, her body too tired, too weak to sustain more treatments, and she was sent home to be surrounded by family.

We were there beside her as she had taken her last breath. In tears, I fumbled around determined to quickly unhook her from the tubes administering medicines to keep her comfortable. After all, she wasn’t in pain anymore. Then my sister and I laid beside her as we cried and took in all that had happened.

I can remember smelling fresh cinnamon rolls baking in the oven. I certainly didn’t make them, they just appeared, much like everything had appeared and gotten done that past week. My refrigerator was full of fajitas and barbeque and cold drinks. My kitchen counters were covered in beautiful flowers and cards and baked goods — like lemon poppy seed muffins and buttermilk pie.

My four young kids were picked up, taken places, and brought home. Laundry was done. Friends and family would just show up through my front door, and like little love ninjas, they would leave packages of paper plates and plastic ware and trash bags. They would pile up dirty clothes in baskets and take them home to wash. They would see my unorganized closets and junk drawers and would jiggle the handle on the toilet in the hallway that always runs. They would stay and reminisce and laugh and sing and pray and play cards.

Essentially, they would hold our arms up, not literally, but figuratively in the best way.

There is a story in Exodus 17 where Moses is in a battle. As long as he could hold his arms up in prayer, the Israelites would continue to win. When he lowered his arms from exhaustion, the battle would turn the other way. So his friends came around him to physically hold his arms up with their own.

This is not unlike our hospice care experience. As we gathered around our mom to comfort her in her last days of a beautifully lived life, it took our full, devoted attention. I could barely remember what day it was as they all seemed to run together, much less think about cooking meals or making sure the toilet wasn’t running. Our arms were weak and tired and without the army of people that swooped in to help hold them up for my sister and I, we could not have done it.

But sometimes, the battles we are facing are unknown because we won’t let people in.

Somewhere a marriage is crumbling, an addiction is consuming, a depression is hovering, a loss is pending and our shame and fear of exposing the brokenness holds us hostage to our pain. We are losing the battle. My experience in these situations has taught me greatly about the need for community, the need to let trusted people in. To avoid doing so is to rob them of the opportunity to rally around us in our darkest hours.

Equally significant, to be given the chance to unite around another’s hardship is an honored privilege as we become the hands and feet of God’s faithful grace and hope. Life is not meant to be lived in isolation. We are better together. Stronger. Braver. Our willingness to be vulnerable will suffocate shame. Our arms will rise again. Whether warrior or hero, may the shared battlefields of life grant us freedom and growth.

“Bear one another’s burdens, and so fulfill the law of Christ.” {Galatians 6:2}

Related: Encourage someone today with a gracious reminder of God’s greatness and grace through these beautiful note cards. 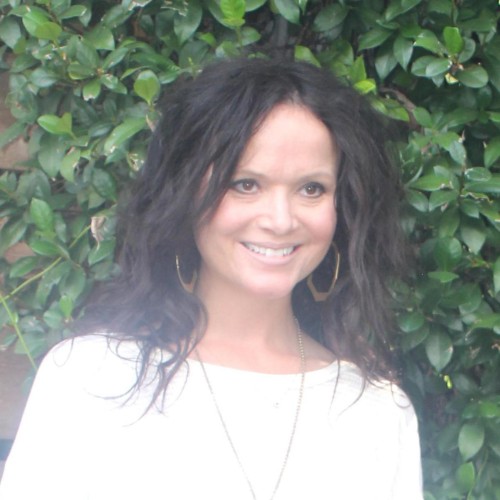 Cristi Dozier lives in Austin, Texas, where she met and married her husband of 15 years, Ben. They have four kids together. Adelyn (12), Gunnison (10), Creede (8), and South (5). Life has taken her family on some unexpected journeys including some brief stints of living in the mountains. It...