Calling all prayer warriors! I’m talking to you — yes, you, the one who knows what she’s doing.

Hey, where did everyone go?

I used to think I knew how to pray. I had some glorious times, late at night while my husband worked a second shift and my kids slumbered upstairs. I could pass an hour or two, face down on the floor, pouring out my heart and feeling God’s presence as a tangible weightiness in the atmosphere.

And then I didn’t have those times anymore.

My excuse? Well, like all of us, I got busy. We moved to a house in which my favorite prayer spot, the living room, wasn’t as private and secluded, and my husband started working days and my kids stayed up later at night. But if I had to point to one thing, I’d say it was because my mom died and I was hurt. Or, to be totally honest, furious. So angry I didn’t want to admit I needed Him.

I didn’t know how to pray to the God who didn’t save her, how to believe that He might intervene in another situation when He didn’t change the outcome of the one situation that had me lying on the floor of my empty church, begging for her life. Because, clearly, God should not have let my mom die of cancer.

But the hard truth is that we don’t always get what we want. And yet God is still God. Still sovereign. Still good.

Over the past few years, I’ve worked my way back. Slowly, incrementally, warily. I’ve painstakingly torn down some of the walls I erected around myself. I’ve taken a deep breath and let myself be vulnerable. I’ve had to be purposeful and give myself grace every time I’ve stumbled. (And believe me, I’ve stumbled.)

But those intense, beautiful prayer times? Still nowhere to be seen.

I sat at my desk one day, half-praying — you know the way you have a conversation with yourself (and/or God) and you’re kind of arguing both sides and you don’t even think you’re really paying attention and suddenly the biggest, shiniest, brightest light bulb you’ve ever seen appears in the air over your head?

Because in one giant flash, I remembered my friend Peggy’s quiche. She loves it, but her teenage boys and firefighter/soldier husband thought that quiche was a frou-frou food and didn’t want any. Until, in a stroke of brilliance, she called it “bacon pie.” And it became a family favorite.

The only thing that changed was the name. But that was enough to transform her family’s perceptions, and thus the whole experience.

And right then I understood that the problem with my prayer life wasn’t the prayers themselves. It wasn’t that I’d forgotten how prayer worked or that I was doing it wrong. It was that I was limiting myself by the way I was defining prayer.

Because the truth is, I still pray. It just doesn’t look the way it used to.

Remember the bacon pie? It’s still eggs, milk, cheese, and bacon. Just like the quiche, but it tastes better.

And my prayer life? Even if it looks different than it used to, the same ingredients are present — reverence for God. Gratitude. An understanding of Who He is. A certainty that I cannot control or fix the situations I bring to Him. There may be silence where words once reigned. I might type on a keyboard more than I write in a journal, and my prayers may go up in random short increments instead of purposeful hour-long blocks. I may even feel a little more cynical. It might possibly be harder for me to believe He’ll answer the way I want.

But it’s still prayer. He hears it all, accepts it all. And answers it all.

No matter how it’s mixed up — or what you want to call it — prayer still changes things. And it changes me.

So how about it? Ready to join me for a slice?

Kelly O’Dell Stanley, author of Praying Upside Down: A Creative Prayer Experience to Transform Your Time with God

Related: Feeling stuck in your prayer life? Begin writing your prayers in these beautiful journals by DaySpring. 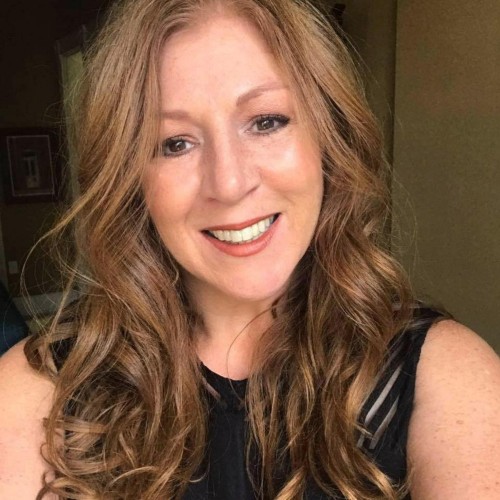 Kelly O’Dell Stanley is a graphic designer, writer, and author of Praying Upside Down: A creative prayer experience to transform your time with God, which releases today. With 25 years of experience in advertising, three kids ranging from 21 to 14, and a husband of 24 years, she’s learned to...