“Thank you.” The words passed from his lips with concerted effort in barely more than a whisper. My sweet dad, fighting a several year battle with Parkinson’s disease, didn’t let the atrophying of his vocal cords prevent him from offering his thanks on a regular basis.

My dad’s diagnosis came shortly after his retirement from thirty-eight years of teaching secondary math. The disease first presented itself clearly to us in his walk, which became more of a shuffle. Initially the medications and exercise routines helped tremendously, but in 2009 he began a sudden and irreversible decline.

Dear friends, I cannot begin to tell you all of the horrendous things this disease did to my poor dad’s body. When he passed away in December of 2011, he could only turn his head and raise his arms.

In the midst of his deterioration, my grandmother passed away from a brain aneurysm, my cousin’s husband developed terminal liver cancer in his 40s, and my own husband discovered his blood carries leukemia. Life became a bit overwhelming for our family to say the least, especially since I was a stay-at-home mom of two young children.

During this season I gained courage from my discovery of Ann Voskamp’s book One Thousand Gifts.  I clung to Laura Story’s song, Blessings. I trained my brain to dig for the joy surrounded by the broken. I strove to give thanks amidst the bleakness around me. My dad’s example shown like a beacon pointing to the proper attitude to maintain.

My dad never complained. He did everything the doctors told him to do. He fought through all of the physical therapy like a champion. And, regardless of the level of treatment he received by some of the nursing staff at various facilities, he would take a deep breath, tighten his abdominal muscles, and do his best to utter thank you so they could hear him.

I would read to him or massage his feet, assist him to the bathroom, help change the bottle with his “food” when he got a feeding tube, adjust his covers, and put moisturizer on his lips, and for all of this I heard, “Thank you.”

A friend commented he hoped his daughters never have to be in the position to do any of that for him. I hope that, too, but I can say that helping my dad with his most basic of needs is the single greatest privilege I have ever experienced.

Take this season to develop the habit of praise. Start a journal. Use the One Thousand Gifts app for your phone. Keep an ongoing family list of praises on a wall or in a book at the dinner table. Recount three “grateful things” at the end of the day with your children during prayer time. Flex your gratitude muscles so you may continue to do so during the desert times, because they will come. Simply choose one way to offer recognition to the Creator of all things good.

I witnessed the power of gratitude in the face of the formidable firsthand, and I will forever be changed. Will you join me? 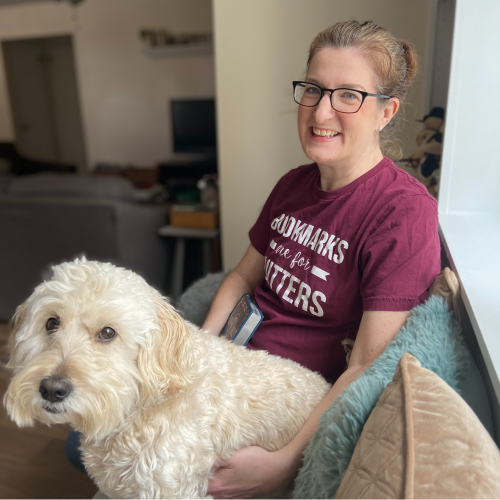 Amy is a Midwest wife, mother, and women’s ministry leader. She loves searching for grace in the middle of the everyday mess of life.