As he sat there in the dirty, stinking, cell with his back against the cold wall, Joseph had every reason to be miserable.

Sold by his brothers as a slave into a foreign land, he’d risen to “top slave” in Potiphar’s house. He’d been responsible and in charge of his master’s possessions. And what was his reward? Because of his purity and respect for both his God and his master, he’d been thrown into prison, all because he wouldn’t sleep with Potiphar’s wife. She’d taken her revenge for his refusal, seeing to it that he would rot in jail.

Yes, Joseph had every reason to be downcast, depressed, and disheartened.

But then there’s this sentence, sitting right there, in the dark with Joseph:

“But the LORD was with Joseph and showed him steadfast love and gave him favor in the sight of the keeper of the prison” (Genesis 39:21, ESV).

I wonder how Joseph felt that steadfast love. There were no Bibles in his day. Was it through prayer? A voice? A feeling?

God didn’t show Joseph love by rescuing him or changing his circumstances. Oh, we know Joseph eventually gets out, but Joseph didn’t know that was in his future. Joseph was in prison for over two years, that much we know for sure. And somehow, in the dark of prison, God was with Joseph and showed him steadfast love.

The phrase steadfast love in Hebrew is hesed. It is a word that has no exact parallels in English. It is also often rendered as “loving-kindness” in many translations.

I have to admit this verse took me by surprise the other morning when I read it. It was almost shocking.

When circumstances have turned for the worse in my life—whether it’s been my parents separating or my husband losing his job—I’m tempted to ask God “why me?” I want out. I wonder if God’s punishing me for doing something wrong.

But here’s what Joseph’s story teaches me: I can be smack in the center of God’s plan for my life and experience His love in the midst of dark, hard, confusing, and seemingly hopeless circumstances.

God was building character in Joseph during all those hard years. He was making him into the man he needed to be once he was released and would become one of Egypt’s most powerful men.

And so, when I face hard times and uncertainty, I want to open myself up to God. I want to ask, what character does God want to build in me? And I want to experience God’s precious steadfast love in the midst of whatever dark, dirty, and stinky circumstances that come my way. 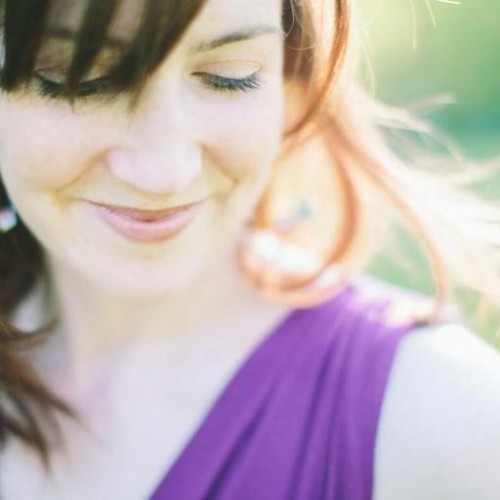