He fell asleep midway through blowing seeds from a dandelion clock.  Twenty-months-old and strapped into his pushchair, his lips were fluff-covered and forming an O.  I stopped mid-walk to adjust his seat, to lie him down and tuck him in cozy.  Careful, I eased the dandelion stalk from his mischievous hand.

You wouldn’t know that an hour earlier, I’d lost him in our huge church building.  Clearing away after toddler group, I’d glanced up frequently between throwing toys into boxes – then suddenly he was gone.  I’d scanned the room, as my slightly-nervous walk became a crazy-lady run and I’d blurted out ‘blue and yellow checked shirt’ at everyone and anyone.

I ran down corridors and up stairs – did I mention the building is huge? – and checked cupboards and even braved the men’s toilets but nothing.  Fearing the very worst and forgetting how to breathe, I scoured the car park and all I could pray was please.  All I could think was how scared he would be and he’d been so clingy that morning and was he crying his baby heart out?

But they’d found him – the other mothers, who would never stop looking when a small boy was missing – so I was falling apart in the car park and he was being retrieved from behind a tech desk.  The boy who spends every waking moment trying to get close to laptops and wires had found himself in his element.

The same boy who scribbled black biro on my white leather sofa before eight in the morning and the same boy asleep mid-dandelion O in the afternoon.

Sometimes we can’t find the words to pray and we’re so desperate, so frantic, that elaborate prayers and words just fail us.  All I’d had was please and even if I’d not had that, my spirit would have cried out and doesn’t Jesus hear and feel that?  Doesn’t he know how we’re crumbling and tell it to the Father?

If you don’t have the words and all you can form is a dandelion O, it’s okay.  It’s okay that you don’t even know what to pray for and all you know is who you’re crying out to.  Jesus intercedes and He’s calling out on your behalf.  You’re frantic, but He’s already working on it and you haven’t even asked, but He‘s heard.

And He knows just what to make of your dandelion Os. 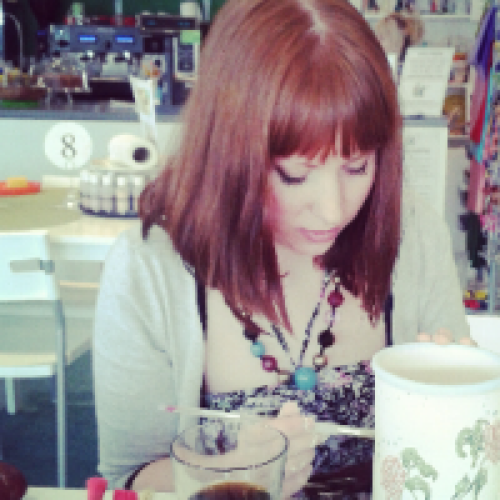 Hi, I'm Ruth. I'm a nurse, married with two children and once upon a time I was a teen mum too. I love notebooks, music and buttery toast, but spiders make me cry.