Chris Seay takes every chance to celebrate and share his love of God with all who will listen. His many talents and leadership qualities allow this storyteller, pastor, writer, musician, husband, father, and son to compellingly convey the story of the absolute love of Jesus, the Liberating King to the church and culture.

In A Place at the Table, Chris Seay examines a culture built on consumption-especially of food- and how it is easy to forget the poor that Jesus cared so much about. Chris invites readers on a journey of self-examination, discipline, and renewed focus on Jesus that will change their lives forever.

In high school, I had one of the most unique and unusual jobs ever offered to a teenager. I worked for a recording company that produced and edited content for alcoholics anonymous. The bulk of my job was to attend AA meetings and record those sharing their stories or speaking to motivate a room of fellow strugglers in the battle with addiction. I can hardly imagine anything more life changing than this two year experience that immersed me in the culture of Alcoholics Anonymous and allowed me to hear some of the most life changing stories of my lifetime.

I remember being floored by the honesty and authenticity of those sharing their struggles with addiction and gaining amazing respect for the courage that it took to face an addiction that each man and woman seemed powerless to defeat on their own. I often pondered what it would feel like to be powerless against a substance, to begin to drink, and from that point forward to have no control over my actions, to be truly helpless.

Many decades later, I have a much better sense for what that feels like. I identify with the words of the Apostle Paul in Romans who says,

I often feel an inner battle between what I know is good and what I’m actually going to do. If you are like me, one of the battle grounds of this war within is in the realm of food. I have found that at times I am powerless to my cravings for particular foods. I have unique fondness, you could call it an addiction, to Mexican food, specifically the chile con queso that’s famously served up at many of my favorite restaurants in Houston, Texas. I have learned that if I begin to eat even one or two chips dipped in this delicious bowl of melted cheese, than I am unable to stop myself from finishing the entire bowl. For this reason, I have often struggled to lose the weight that I need to lose to be in my healthiest state.

When I have tried to control my cravings, I have learned exactly what Paul was talking about. The more I seem to focus on not giving in to my cravings, the more I lean in to excess and eat more than ever before. I know well now what it feels like to be one of those brothers and sisters in that circle at an AA meeting that feel totally out of control. Like Paul, I often wonder, who will free me from this body that struggles with sin and lack of self-control.

What I have learned in recent years is that when I focus less on controlling my cravings and instead on something much bigger than just me, my motives begin to shift. When my motives shift, I begin to see victory in areas that I was not even focusing on. I have learned that when I fast and contemplate the plight of the poor and my role as a follower of Jesus and being a part of that remedy, that I engage a part of my heart that is much bigger than my desire to lose weight, become more disciplined, healthier, and better looking. I am at my best when I am focused on being a part of something much bigger than I am, something that is much more than physical pursuits, something that is truly spiritual.

Augustine said our fasting should always nourish the poor:

“‘Break your bread for those who are hungry,’ said Isaiah, ‘do not believe that fasting suffices. Fasting chastises you, but it does not refresh the other. Your privations shall bear fruit if you give generously to another.’”

In other words, if you pass on dinner, don’t simply leave your plate in the cupboard; give your portion to someone who has none.

People fast from many different things, in many different ways, and for many different reasons. I would like you to avoid trying to sum up the reasoning for your fast with any singular purpose. It is too limiting in regard to the many things God will teach you on this journey. Would you like to develop a more intimate prayer life? Yes. Would you like to develop healthier and simpler diet that will sustain you long after this fast? Yes. Do you want to identify with the poor and become increasingly generous? Yes. Would you like to abandon patterns of addictive and selfish behavior? Yes. If you are like me and you weigh more than you should, would you like to lose weight? Yes. All of this is spiritual, and not one of these desired outcomes is unacceptable. In fact, I pray that you experience all of them.

We in the church have a nasty habit of trying to divorce the physical world from the spiritual world. The world is all encompassing, and any attempt to segregate anything God created (matter) as something that is not spiritual is not just a mistake, it is a heresy known as Gnosticism. So hear me clearly: my addiction to fresh tortilla chips and homemade salsa (impossible for me to resist) is a spiritual issue. The extra weight I carry with me is a spiritual issue, and it is never more painfully obvious than when I visit brothers and sisters living in extreme poverty. I have felt the gentle and loving rebuke of the Holy Spirit as I held an underweight child. I have too much, and she does not have enough. It is a painful realization, not only because it exposes my selfishness, but also because it is clear to me that my sin is evident to everyone present.

Sharing is at the heart of true Christianity.

Is there a  worldly, selfish motive that has trapped you in your Spiritual life? Were you able to give it up or would you be willing too?

Share with us in the comments below and 5 random commenter will be selected to win a copy of A Place at the Table.

Find more from Chris and purchase your copy of A Place at the Table here. 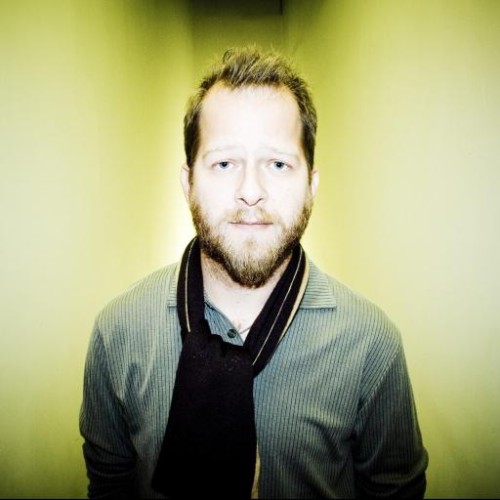