There’s something in the heart of a woman that responds when she is noticed. It’s that hint of enjoyment when a photograph catches her good side, that wisp of hair hinting at beauty.  It’s far too subtle to be vanity—it’s akin to that feeling of looking at a nice sunset or admiring the joy of a child; unexpected and lovely.

Some deep cavern inside her heart fills up as she lingers on the photograph—it echoes a remembrance of something stuffed inside the trunk of her memory. It’s like a melody she can hear inside her head but can’t think up the words to. She looks again and notices the curve of her lower lip, the arch of her brow and that particular way her hands are folded her lap. It’s the memory of her mom.

I came to know my grandmother Marie by way of photograph. We never met but she might have touched me once or twice as I swelled in my mom’s belly. I’ve seen her in black and white and even in my aunts when they look at me a certain way.

My grandmother was a quiet reservoir of thought. She wasn’t one to speak her mind, especially about other people. She held her piece. When something was on her mind, she swept the kitchen, wordless and pacing. My grandfather was a truck driver, often on the road to support their growing family but unavailable to debrief her thoughts at the end of a long day.

She gave life to 16 children, all her own: ten girls, six boys in a healthy Catholic-sized family. Nowadays it would prompt some kind of chaotic reality TV show. But large families were a thing of the 1950’s. Some people in their small town scorned my grandmother’s refusal to use contraceptives, as if she would single handedly overpopulate the world.

She hardly had a room to herself or an ounce of alone time but nurtured her children to become kind people, not mere numbers in a line of many. It’s not the kind of life many women would choose, but it was a beautiful picture of that first life giving vision God had for man and wife in Genesis: “Be fruitful, and multiply, and replenish the earth, and subdue it.”

Grandma Marie died of breast cancer when my mom was 30. I wish I could sit at her kitchen table that housed pitchers brimming with milk and learn to bake bread by her side. She did things simple, living and loving in basic acts. She was a grand woman.

My mom recalls one Christmas Eve when my aunt fit my Grandma Marie in a fine purple suit, the likes of which no one had seen her in. It was a rare moment, the fabric fit her perfectly and she enlivened the room with her radiance. The hidden beauty of my grandma’s quiet soul was a treasure to reveal, and a poignant moment not lost in my mother’s memory.

A woman lives for these moments, for the hour she is recognized as feminine and lovely. My grandma Marie should’ve had more moments like this, but the demands of her everyday life made them infrequent. A woman affirmed in her beauty is something right and good. It’s the way she should feel. In true form, it is not a vain or shallow thing but something to celebrate, dress up and call out when we see it in others. I wish I could celebrate my grandmother all dressed in purple like royalty. I wish I could hold her hand. But until we meet in the sweet company of our Savior, a photograph will have to do.

By Lauren Ruef, Echoes of Eve 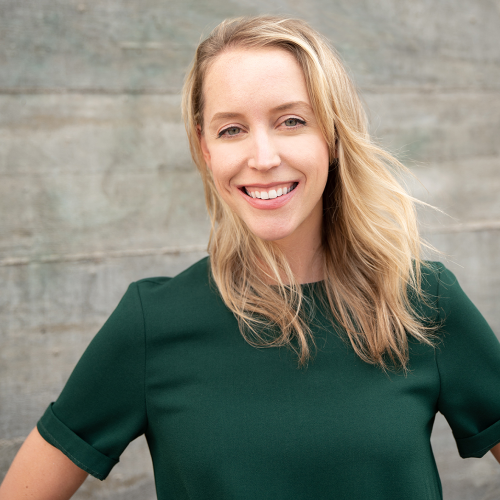 Lauren is a woman who wants to feel beautiful in her own skin and she’s not alone. It’s prompted her to write a book & blog on beauty called Echoes of Eve. She lives in the Northwest: a coffee-drinking, mountain biker’s paradise and is a ghostwriter for non-fiction authors. She...