Not the one in my chest that beats to keep me alive, where blood pulses and chambers open and close.

The one intangible, yet the one I feel all the time. The one that has no beat, yet is the key to my life.  The one which can’t be touched with a surgeon’s knife, yet feels pain more keenly than any other limb or organ in my being.

It has known joys, it has lived through sorrows, it has soared with sheer delight and it has carried agony.

Even more so, it has known the dull ache of chronic pain. The kind you just can’t shake.  And just when you think you’ve fended it off for the last time, things are revealed (even if they’ve been known before) and the heart feels them fresh and new and it hurts.  The heart remembers what it has been through – not in an unforgiving way, but in a way that says, “I will never let this happen to me again.”

It’s a trust issue to let God handle our hearts and hurts when in actuality we would rather let the person who hurt us know just how deep the pain runs.  I’d much rather inflict a little as payback than concentrate on what I need to do to get better. It’s my healing I need to be concerned with.  It’s my progress that I need to look to God for.

I know this……God is the only one who can heal my wounded (other) heart.

And as it heals, there’s a weak spot where the break was.  A spot that’s prone to give a little now and again;  not coming fully unattached as perhaps it had done before, but opening up just enough to let my tears gently wash over and through, cleansing out the debris living in there which keeps it from adhering together once again.  One day my tears will cease and the mend will fuse, but there will be a scar as a remnant and reminder of what went before….fixed now, but with a permanent change to the landscape so that I don’t go down the same road again and sear it open for a second time.

God’s provision to keep forgetful me and my (other) heart on the straight and narrow.

The one I can’t see, hear, smell or touch.

But that one that I can, most definitely, feel.

By Beth Coulton, Chocolate for the Heart 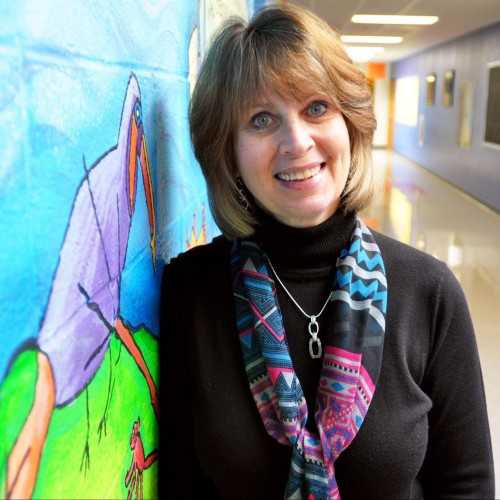 Beth Coulton is a wife, mom, sister, writer and photographer who loves Jesus, laughter and chocolate. Beth blogs about all that and more at Chocolate for the Heart