It took one year for me to grow accustomed to it – life without makeup. Four years later I still have moments when I am tempted to hide the motherhood tiredness and too-many-long-winter-days-spent-inside-the-house pastiness.

Going makeup-free began with the thought of my daughter, Brianna, as I mentally flashed ahead to the advent of her teen years and the inevitable question, “Mom, can I wear makeup?” And something in my heart broke. Because I can’t imagine agreeing with my daughter that she would look better or more feminine with makeup on. I don’t ever want her to think that.

I began considering ways to encourage her in the battle of the beauty myth. Certainly it would send her a mixed message if I told her she was beautiful without any makeup only to turn around and put some on myself. This left me with only one option – stop using it.

After 17 years of putting it on, I struggled to go without it. Thankfully, God encouraged me along the way.

He first brought to mind the TV show “Survivor.” If you’ve ever seen it, you know the women are without makeup throughout the game. After watching these women over a couple of months, it was startling to see them fully made up on the season finale. I thought they looked great without makeup. God whispered, “I think you do too.”

Still, it would take some getting used to. Since He knew I would be tempted to turn back, He gave me two other forms of encouragement: my husband’s enthusiastic endorsement of the makeup-free me and learning about makeup’s make up. Let’s just say I learned enough to think twice about putting it on my skin.

But this also is a spiritual battle. One in which the enemy of our souls tells me I look better “in color”; that I am not beautiful enough without it (enough for what?). God tells me to look deeper and when I do, I learn more about how He sees me. He sees a child He created, in His image, to His exact specifications with no mistakes. He was not mistaken when He chose the color of my eyes and skin or proportions and shape of my face. He was not mistaken when He chose to give me fine, straight, dull, I mean, dark blonde hair (I’m still battling with Him over this one!). He chose.

I began to see putting on makeup was, for me, a way to hide the discontent with how I looked and sometimes what I was feeling inside, a way of telling God I didn’t like the choices He made when He formed me. Isn’t that crazy? To tell our Creator, the one who birthed something out of nothing in perfection, He somehow slipped up when He made me!

To fight against these lies, I needed a stronger weapon in my arsenal – God’s Word. As I looked through the Scriptures, I began to discover what God values as beautiful. Among my favorite Scriptures are the verses in 1 Peter 3:3-5 which say the beauty of a gentle and quiet spirit is unfading and has great worth in God’s sight. It is how holy women of the past who hoped in God adorned themselves. How I want that! Lord, please give me that – beauty which does not fade and will not spoil.

Do you also struggle with believing you are beautiful without makeup? What do you think God would say? Pause for a moment and listen. I believe He will tell you what He told me: “I think you look beautiful.”

By Andrea, Whispers in the Silence 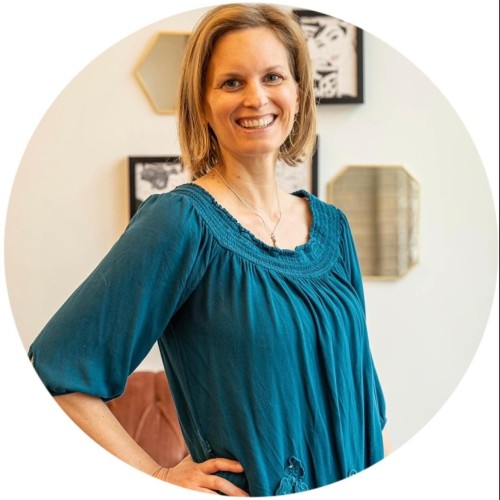 Andrea once walked with her back to God. He chose to bring her into His fold. She now runs toward the sound of His voice and loves to write about Him.