Before I knew it, her bags were packed. I’m not worried, though. She’s only six, and she has an active imagination. I tell myself that she is only pretending.

Suddenly, I hear the door shut. When I peek out the window, I see her petite frame traveling down the driveway and to the street. Her backpack on her shoulders, her ring of silly bands hooked to her waist, and her bedtime friend “Dolly” stuffed in her purse as her companion, I can’t believe my eyes. Running away? Really? My daughter? I’ve heard about children attempting this, but never in a million years did I consider that my sweet girl might want to abandon her loving family.

Thankfully, she does not have a jealous older brother. She has a tough but tender eleven-year old brother who absolutely melted at the sight of his sister trying to escape. My husband also came to the rescue and walked her around the block and back home again. Her eldest brother was greatly relieved and showered her with love and affection. He was truly ready to throw a party for her. I think he may have even promised to clean her room for a year.

As I sat with my girl in my lap, I tried to comfort her and understand what had caused this emotional drama. Finally my heartbroken girl blurts out, “I’m lonely!” And my heart breaks. I’m starting to understand. She’s living in a world of brothers, and she’s feeling left out. She’s tired of being the youngest, and she wants some privileges. She feels overlooked, and she wants some attention, too.

We talked about the story of the prodigal son and why he wanted to run away. We talked about how her father adores her and how only her Heavenly Father’s love would fill her lonely heart. I even offered to throw her a party with Joe-Joe cookies and milk, but she declined. Her heart was still hurting, but she was ready to join her big brothers in the backyard for a baseball game.

Later that afternoon when I spotted her heart backpack lying on the mudroom floor, I opened it up, curious to see what she had packed. I had to chuckle a little. She had everything she needed: her water bottle, a journal and pen, pajamas, clean underwear and socks and her toy cell phone. She had even packed her tiny Bible. Even though she had forgotten her toothbrush, I thought, I’m glad that she’s remembered what’s most important.

That evening at bedtime after I tucked my prodigal daughter back into her safe, warm bed, I reflected on the day’s events. And I saw myself in my little girl. How many days have I felt lonely and misunderstood? How many days have I, too, been the prodigal daughter wanting to escape, yes, even attempting to run away from the only God who offers me everything I need? How have I tried in vain to get the attention of others when I desperately needed to rest in the loving embrace of my Father?

I thought of my precious girl who returned home but who, sadly, would continue to struggle as a pilgrim in this land that is not really her home. She’s only six, but her heart has already been hardwired to struggle. Hardwired to run and be homesick for heaven. But I’m thankful she’s home again, and we can struggle as prodigal daughters together.

By Kara, His Story To Tell 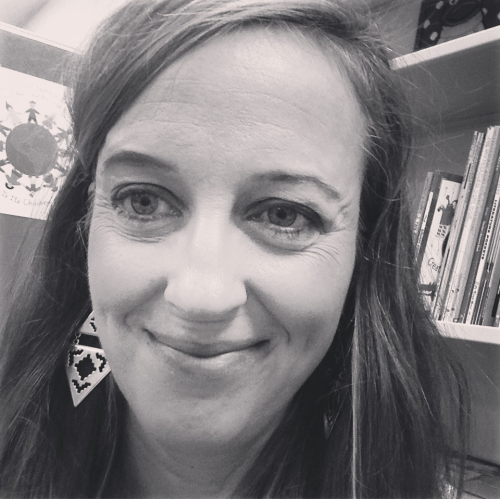 Married to an amazingly faithful and forgiving man who is God's gift to me. Homeschooling Momma to three crazy kiddos who keep me on my toes and on my knees. Daily learning to lean on Jesus, live in light of the Gospel, and love the story God has written for...