Given my oldest daughter’s sensitivity to anything that hints at being scary or violent, we give careful consideration to the shows we watch on television, the movies we rent, and the books we read at bedtime. We have a pretty good idea of what she can and can’t handle, and we just avoid situations… like fireworks shows, western stage shows, Passion plays, Civil War re-enactments, etc… basically, events and places where we know she’d be traumatized.

Sunday School has always been one of her safe havens. That is until recently when the 3-year old class got to one of the most dramatic and inspiring stories of heroism in the Old Testament.

Here is a verse from the song they sang (as printed on the handout they sent home in her bag):

Goliath was a mighty man
who dared God’s men to fight.
He teased God’s army every day
’till they were filled with fright!

And, filled with fright they were.

When the Spouse went to pick the Preschooler up from her classroom, her teacher explained that she had become very upset during the song and had to be consoled.

Well, of course she did. This was her first introduction to a giant. And we’re not talking about one of the jolly green variety. No, this was an aggressive, weapon-yielding giant who taunted others.

As it turns out, she had recovered enough to hear the rest of the song and story… and rejoice in its happy ending. She survived and even learned something new.

But, I’m sure this is only the first of many Bible lessons that will be a bit traumatic at first hearing for her. The Old Testament isn’t exactly G-rated.

This predicament reminds me of one of the great scenes from C.S. Lewis’ The Lion, The Witch and the Wardrobe when Susan, Lucy and the Beavers are discussing Aslan, the Christ-figure:

‘If there’s anyone who can appear before Aslan without their knees knocking, they’re either braver than me or else just silly.’

‘Then he isn’t safe?’ asked Lucy.‘Safe?’ said Mr. Beaver. ‘Don’t you hear what Mrs. Beaver tells you? Who said anything about safe? ‘Course he isn’t safe. But he’s good. He’s the King, I tell you.’

It’s a great truth. Not safe but wholly good. That’s our King.  And, can’t the same be said about the Word?

Is it safe? Not really.

Is it easy to read and understand? Not always.

So, we’ll hang in there to keep learning the stories and singing the songs. And, we’ll all be excited when we get to the last verses and can shout together:

The stone went flying through the air,
it struck Goliath’s head;
that giant tumbled to the ground,
the people cried, “He’s dead!”

Then all the people praised our God.
They knew what David knew!
Our God is powerful and strong–
God cares for me and you!

(from Walk With Me, Preschool, Session 16, www.walkwithmeonline.org)

That’s the happy ending… it’s just not always easy getting there. 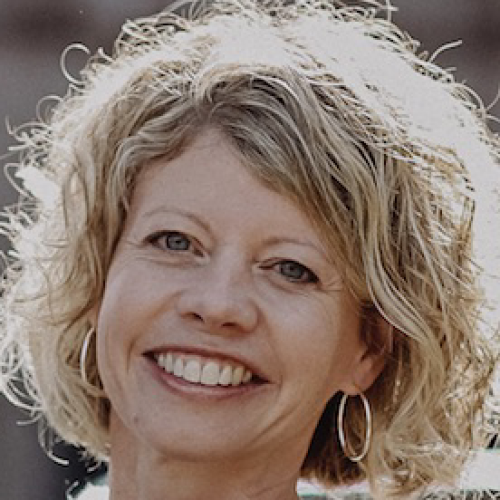 Hollie is a wife, mother, daughter, sister, friend, and a child of God just trying to pursue joy and shalom in each of these roles.