With a confused heart, I started to wrap our china, which, unfortunately, seemed to be multiplying.

Feeling defeated, I decided to take a break. I grabbed the remote, plopped down on our sofa, and turned on the television. Flipping through channels, a sermon caught my attention. Soon I realized that the preacher was speaking specifically to women.

“Oh great,” I thought, looking toward the mess of Noritake plates and bowls scattered on my dining room table. “I bet he’s going to make me feel real good now.”

Although I was tempted to turn the channel, I felt that tug to keep watching. I’m happy I did. He shared a seven-word sentence with such conviction that to this day it still impacts me.

“You are the woman for the job,” he bellowed.

He went on to say, “The curtain is going up on the next act of your life. You have everything you need to dazzle the earthly audience surrounding you and to garner the heavenly applause of He who loves you most.” And then he urged his female audience to “go out into the awaiting spotlight.”

I knew that this had God written all over it. Life was about to change drastically for my family and me. It was about to get very interesting, very difficult, and although I didn’t know it, at times very lonely.

After the sermon was over, that seven-word sentence just kept playing over in my mind.

“You are the woman for the job.”

Then I thought of Queen Esther and her courageous acts and selflessness that saved her people.

Esther was “the woman for the job.”

God made her queen of Persia for “such a time as this” (Esther 4:14). She accepted the challenge, and when the curtain lifted, she took the stage. Esther relied on God to help her overcome her fear, her insecurities, and her selfishness, clearing the way for God to use her to save her people.

I knew what God was telling me. While the job He had for me paled in comparison to Esther’s, it still had importance. How I responded would affect my family, both immediately and in the future. I could continue to worry about all of the what-ifs and the unknowns of this next act in my life. Or, I could “go out into the awaiting spotlight” and take the stage.

So I started packing boxes. God was taking us to Texas. While I didn’t know what all this new adventure would entail, I knew I had all I needed to live it out. I had Him.

God wants you to know that “you are the woman for the job.” Just as God put Esther in that palace and in that position at that moment in time in order to save His people, He has put you where you are.

Whatever you’re facing, whether it is exciting, scary, confusing, or all of these, let Him supply you with the wisdom, the courage, and the grace to live out this next act in your life. If you are willing to take the stage, He will work through you to help you accomplish whatever task He has for you.

And when you’ve reached the end of that act, you can be sure there will be many in Heaven applauding your faithfulness, including your Father, “He who loves you most.”

By Stacy Rose, The Texas Bunch 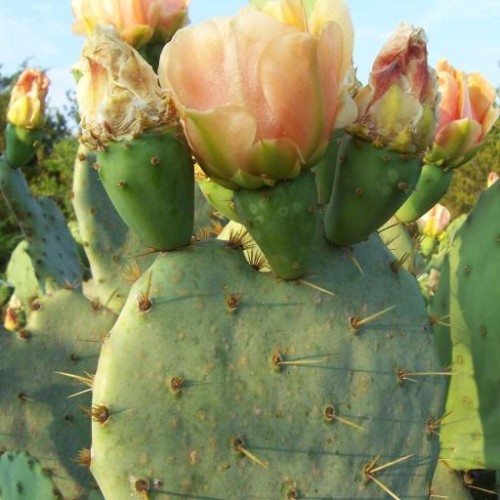 Stacy has a thing for chocolate, her cowboy boots, Gerbera daisies, and sand between her toes. Yet, even if she happens to have all of those things at once, she's still not complete without Jesus. Visit her website to find out why she's trying to live a "life, sweetly surrendered",...