In 2009, I ended a relationship where I felt like I was drowning and had lost my sense of self. It is a scary feeling when you wonder how you could have lost your own identity.

I sought help from a Christian counselor. I began to see the light again; I began to feel God again. I was feeling like myself, but wanted to start over somewhere else. God provided me an outlet to have a fresh start.

After Christmas of 2009, I moved from Kansas to New Mexico to live with my aunt and uncle. I quickly found a job as a waitress. I know God led me to that particular job so that I would be thrown into the community and all of the visitors that came in and out on a daily basis.

I had to be outgoing.

I had to get out of my shell.

It was hard for me, but I knew that God wanted me to let me little light shine. I let it shine.

Not only had God provided me with opportunities to find myself again, He introduced me to an amazing Christian man through a mutual friend in January. I found my smile in that man.

Everything happened so quickly. We knew that God had brought us together. And as we say, when you know, you know, and we both knew. We were married on June 12th, 2010 after less than 5 months of being together. It’s amazing how God can plan something so perfectly. You just have to trust Him and jump with two feet in.

I’ve jumped in puddles for Him.

I’ve jumped in dark pits for Him.

But this time, He had me jump into the light of a blessed marriage.

Not only has He gave my husband and I a marriage that we both cherish, in September, we found out we were expecting our first baby. The joy that this pregnancy has given both of us is beyond fulfilling.

Family is one of God’s greatest gifts. He is growing ours. Isn’t that amazing?

God does so many marvelous things for us. Sometimes we have to trudge through the mud and the rain. However, joy through God can always be found. We simply have to drop that umbrella, embrace the rain, and see the light seeping through. He’s there, always. He never leaves us. He loves us more than anything we can imagine.

God gave me myself back. He gave me my life back. I was at a point where I could not see what was up and down. I could not get myself out of the dark. I remember describing to my counselor exactly how I felt. I felt like I was stuck in a storm. Looking back now, I could cry for myself. How did I get in such a place in my own life? I was lost.

God had not left me. He was there. I simply couldn’t find Him.

He helped me find Him.

I look at my life now and can’t believe how much God has blessed me. I just had to trust Him and embrace the rain that was falling on me. After I accepted it, I could see the light.

I found my smile. I found my joy. And now God has given me the opportunity to share my smile and my joy with not only my husband and the people around me, but with my own baby boy arriving at the end of May.

God is amazing. I simply cannot say that enough.

The waiting in our lives is necessary so we can rely on God's power and not our own. -Stephanie Bryant: https://t.co/Ua8NXOv2O5 https://t.co/GgTKWGf7Ls 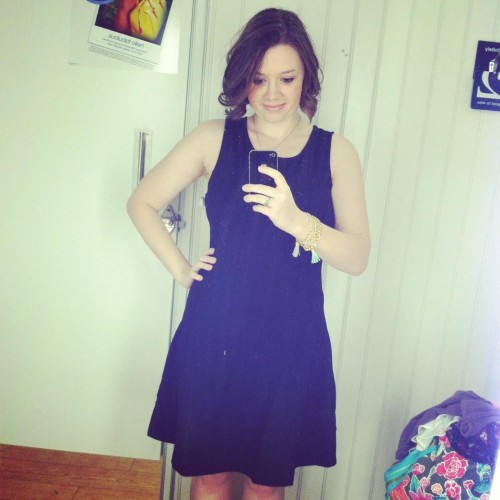 Shelbey is a daughter of Christ, wife, stay at home momma to an almost one year old, full time college student, blogger, reader, writer, lover of the smell of rain, cherisher of handmade things and creative dreamer.