I couldn’t bear the thought of that ring without her in it.

From my infancy its twinkling had fascinated me.  I would lie in the crook of her arm and twist it around and around as she told me story after story of her life. Those are my favorite memories – snuggling up to her soft warmth, saying “Tell me about the olden days,” hearing her musical voice relating another tale.

Now she was dying and didn’t want this story to die with her.  Every breath was hard to come by.  “Let me tell it to you again,” she urged.  We had come full circle.  I was lying beside her, she was telling a story.  My heart ached as I realized I was hearing it from her lips for the last time.

When my parents were engaged, Mama immediately fell in love with this simple band with two rows of dainty diamonds.

The jeweler was a friend and they got a bargain, but had to make payments.  The verse she claimed on their 1939 pre-war wedding day was Peace I leave with you . . . (John 14:27)

Daddy was a Gideon.  In 1942 they were fund-raising to buy Bibles for soldiers.  Longing to give but having nothing, Mama heard of a man giving a diamond ring and said, almost flippantly, “Maybe I’ll give mine,” then was convicted that this was what she should do.

When these men received the ring, they took it for appraisal to a jeweler, a fellow Gideon.  He said, “Men, this is too precious to take from this woman.  I’ll give $20 if you’ll help me redeem it for her.” Their ransom bought 400 New Testaments.  A letter records her gratitude:

“‘Praise God from Whom all blessings flow’.  These were the words of the hymn my husband startled me with at one o’clock last Monday morning as he came in from a Gideon service, singing. That was the night that we were so wonderfully blessed as God so graciously returned my cherished wedding band!”

Daddy put the ring on her finger and said, “I give it to you again.” Had the ring not been returned, the marriage would have endured.  The ring didn’t give value to the marriage, but the marriage to the ring – a precious remembrance of vows kept.

With this ring he she wed and with this ring they learned that surrender to His priorities leads to true riches.  And with this ring, she bequeathed to me the responsibility of passing on this lesson.  She was saying, Write down for the coming generation what the Lord has done . . . (Psalm 102:18) . . . that he may run that readeth it. (Habakkuk 2:2) . . . run a relay to the next generation.  And when your little ones cuddle up to you and say, “Tell me about the olden days,” you can tell them . . . ask now of the days that are past . . whether there hath been any such thing as this great thing is . . . (Deut. 4:32)

Leaving little but a wealth of wisdom from walking humbly with their God, if we fail to collect on this inheritance, we forfeit the treasures of heaven.  For wisdom is better than rubies . . . (Prov. 8:11)

or even . . . eighteen tiny diamonds, set in platinum. 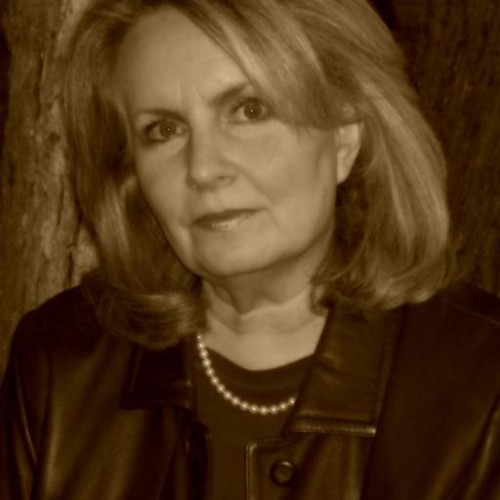 Paula’s on a mission to record her heritage on tablets of hearts, with the ink of love from her favorite pen – aunt. This shall be written for the generation to come . . . Psalm 102:18