This is the day I met my third child for the first time. I held her one week later, attempted to nurse her two weeks after that. 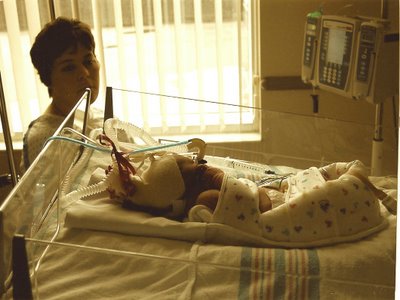 After God did a miracle in my marriage, I started dreaming of having another baby.  A third child.  We were already blessed with a girl and boy and thought we were done.

But then, we fell in love again.  And it just seemed right that a baby come from our new union.

I got pregnant right away, but that precious baby flew to the arms of Jesus.

Several months later, I conceived again.  I was very sick from the beginning and spent almost the entire summer in bed, watching my six and four year old play in the backyard from my window.

My pregnancy was a nightmare.  I faced serious problems throughout from a kidney stone, among other complications.  During my pregnancy, I was seen by 5 specialists, took  14 rounds of antibiotics, and had a medical procedure by a urologist when I was 27 weeks pregnant without anesthesia.

At 32 weeks, my baby was diagnosed with a failure to thrive and an emergency delivery began.

I went through hours of labor and developed a fever from the infection that wracked my body and she was delivered by emergency c-section.

It was terrifying.  I remember being rushed down the hall and the panic that surrounded me. And do you know how I felt?  Even in that moment of terror, I was simply relieved that my hellish pregnancy was ending.

My tiny daughter was born and whisked away to the Neonatal Intensive Care because she wasn’t breathing well and they were considering transporting her to a hospital downtown.

I sent my hubby to be with her.  He stayed by her side the entire night, praying.

She was born on Dec. 16th and bares the name Grace, to remind us of God’s grace in our marriage. I spent my birthday and wedding anniversary in the hospital.  She stayed through Christmas and New Year’s.

Guilt was my friend during my hospital stay.  I felt terrible for wishing for her early birth and scared that she wouldn’t make it because of my body’s inability to sustain her in utero.

The night that I will remember forever was Christmas Eve.  We were home trying to make things ‘normal’ for our other kids.  It was bedtime and we got a call from the hospital.  Our baby had taken a turn for the worse and they wanted us to come.

My Mom slept on my sofa and my Dad went with us to the hospital.

It was the most difficult night of my life, watching my tiny baby stripped naked, hooked to wires, fighting for her life.  My Dad laid hands on her and prayed.

I cried. And God taught me again about grace.

I was desperate, not from a shattered marriage this time, but from a place I’d never been before: fear my child would die.

Nothing else mattered at that moment.  Not the car I drove, my home or the money in the bank.

It was about life and not losing it.  And about me, giving God my child.

She stabilized and we made it home just in time for an exhausted Santa to fill the stockings.

We spent the rest of Christmas Day at the hospital and every day after that until our baby came home.

We learned CPR and she stayed on a heart monitor until she was six months old.

We return every Christmas Day to the NICU to celebrate her anniversary (with goodies for the staff). This was our third year. 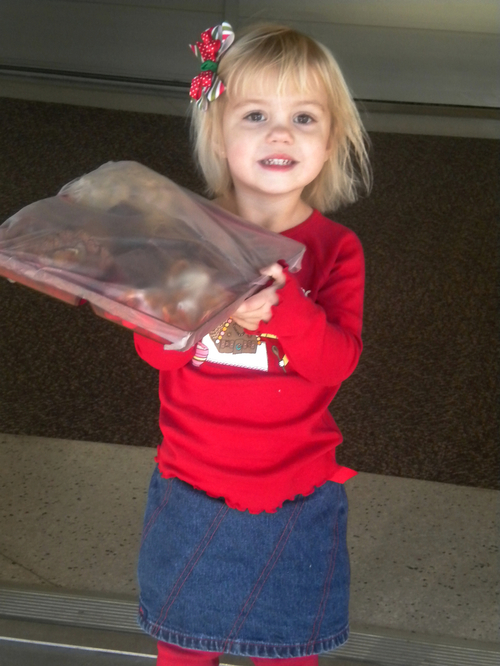 This child was conceived amongst the rubble of a damaged marriage because of God’s Grace. I didn’t know that her very life–and wow, does she celebrate living as a wild toddler–would be a daily reminder of the grace that carried us through a very dark night.

I don’t know where you are today, you may be hanging on by a thread. I write this to remind you that even in the ashes, YOU ARE NOT ALONE.

It is His Grace that will carry you.

Because it is amazing.