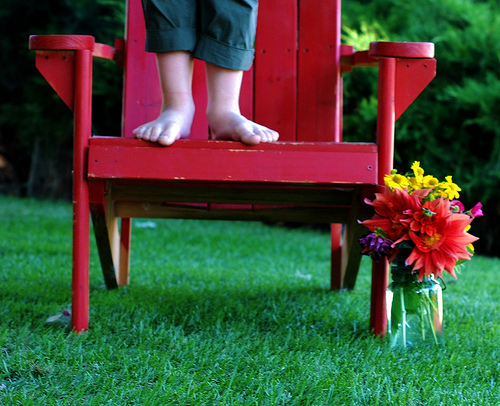 I’ve felt called to spend some time studying gratitude in an effort to work on my own negative tendencies and the Lord recently gave me an amazing glimpse into Scripture.

In Luke Chapter 17, Jesus is traveling to Jerusalem when He hears ten men with leprosy calling out to Him in desperation. Most likely, they didn’t expect a response, but they were used to announcing their ailment whenever anyone walked by.

Jesus did respond, and He instructed them to show themselves to the priests. It says that as they walked, they were cleansed.

The Greek word for cleansed in this passage is “katharizo,” and it means “to cleanse by curing.”

After they are healed, one of them recognizes that he is not leprous anymore (the Greek for healed in this passage is “iaomai” which means to be cured) and goes back to thank Jesus.

So all of them are not leprous anymore but only one has returned to thank the Lord.

Upon falling at Christ’s feet, Jesus tells him to “Rise and go; your faith has made you well.” (Luke 17:19)

I was intrigued by the fact that while the rest of the Greek words refer to healing of a sickness, only the leper who returns is told that he has been made well.

So what is the difference?

Actually, quite a bit.

The original meaning of the word “well” in this passage is “sozo,” and it means more than a physical healing.

It means that in the Biblical sense, the man was saved.

It seems gratitude is an intimate part of our salvation. This doesn’t mean that our salvation is earned by it. But it does challenge us to think about how we are living it out that gift every day.

I want to encourage all of us to fall at His feet in gratitude, if for no other reason than that we are “sozo.” Loved from before the beginning of time.

Let’s be like the leper who returns in shameless gratitude, spilling out our thanks as we lay at His feet.

After all, He has made us well.

I want to be the one in ten.

Angie is the proud wife of Todd Smith of Selah, and the blessed mommy to Abby, Ellie, Kate, Charlotte, and Audrey Caroline, who passed away the day she was born, April 7th, 2008. Angie was inspired to write Audrey's story, and began the blog www.audreycaroline.blogspot.com in honor of her. You...