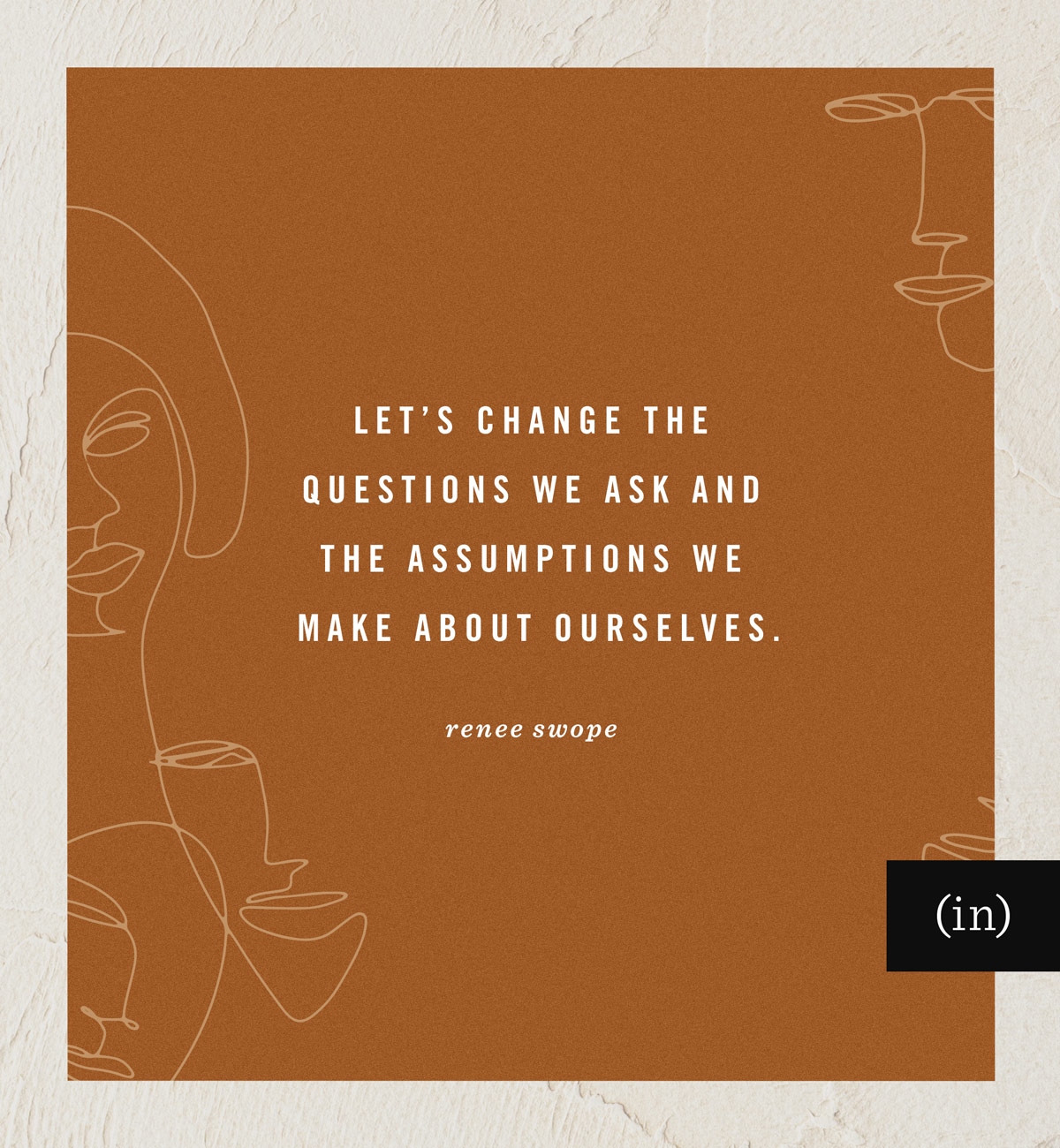 “What’s wrong with me?” I asked myself in a frustrated and condemning tone. I had missed an important Zoom meeting that morning, forgotten to give my daughter her morning medication, and set off our home security alarm, which meant I had shouted that same question inside my head more than once within a few hours. But when I had done it the third time, I noticed it wasn’t just a question, it was a big assumption I made — far too often.

Whether I forget to do something important or don’t know where I put my keys, miss a deadline or mess up dinner, or walk into a room and can’t remember why I went in there, I assume I’m defective. And that morning, I sensed God wanted me to see how damaging it was by showing me what I was doing:

And unfortunately, the damage of my self-criticism doesn’t end with my internal insults. When I Iabel myself as defective, I live in a state of discouragement and distraction, trying to figure out my elusive faults and find a way to hide or fix them. What I really need to fix is what I’m saying to and assuming about myself.

How often do you berate yourself with questions and assumptions that make you feel defective? When was the last time you thought, What is wrong with me?

I think we all do it for different reasons, but I believe we have at least one reason in common. We have a spiritual enemy who is a pro at pointing out all that is wrong with us (real or perceived) and helping us forget anything that is right with us.

Scripture tells us that when Satan lies, he speaks his native language because he is a liar and the father of lies (John 8:44). His intent is to get us to believe lies that make us feel defective, defeated, and discouraged.

It’s what he did with Eve in the Garden. He got her to take her eyes off who she was and all that she had as God’s child, to focus on what she lacked, and to spend her time figuring out how to hide her inadequacies.

Then the man and his wife heard the sound of the Lord God walking in the garden at the time of the evening breeze, and they hid from the Lord God among the trees of the garden. So the Lord God called out to the man and said to him, “Where are you?” And he said, “I heard you in the garden, and I was afraid because I was naked, so I hid.” Then he asked, “Who told you that you were naked?
Genesis 3:8-11 (CSB)

Notice how God asked them who told them they were naked. In other words, “Who told you something is wrong with you?” By asking this question, God acknowledged someone else was casting shame on them — and it wasn’t Him.

He wanted them to know there was another character in their story, someone speaking lies into their hearts, causing them to move away from Him and each other. We have the same enemy who wants us to believe something is wrong with us, too. But aren’t you tired of feeling like something is wrong with you and trying to figure out how to fix or hide your elusive faults? I am.

What if, instead of going along with him, we stopped and asked ourselves, Who is telling me something is wrong with me? Who or what is making me feel defective and defeated? Is it me? Or is it the enemy of my soul telling me lies I so easily believe?

Let’s change the questions we ask and the assumptions we make about ourselves.

We can start by recognizing Satan’s schemes and defusing his deceit with the Truth. For instance, the next time you feel defeated or defective, instead of asking What’s wrong with me?, stop and tell yourself all that is right with you:

And then ask Jesus to help you remember where you put the keys or why you walked into that closet. Period. The end. With Christ in you, there is nothing wrong with you. Don’t let anyone, not even yourself, convince you otherwise.

What truth do you need to speak over yourself today?

With Christ in you, there is nothing wrong with you. Don't let anyone, not even yourself, convince you otherwise. -@ReneeSwope: