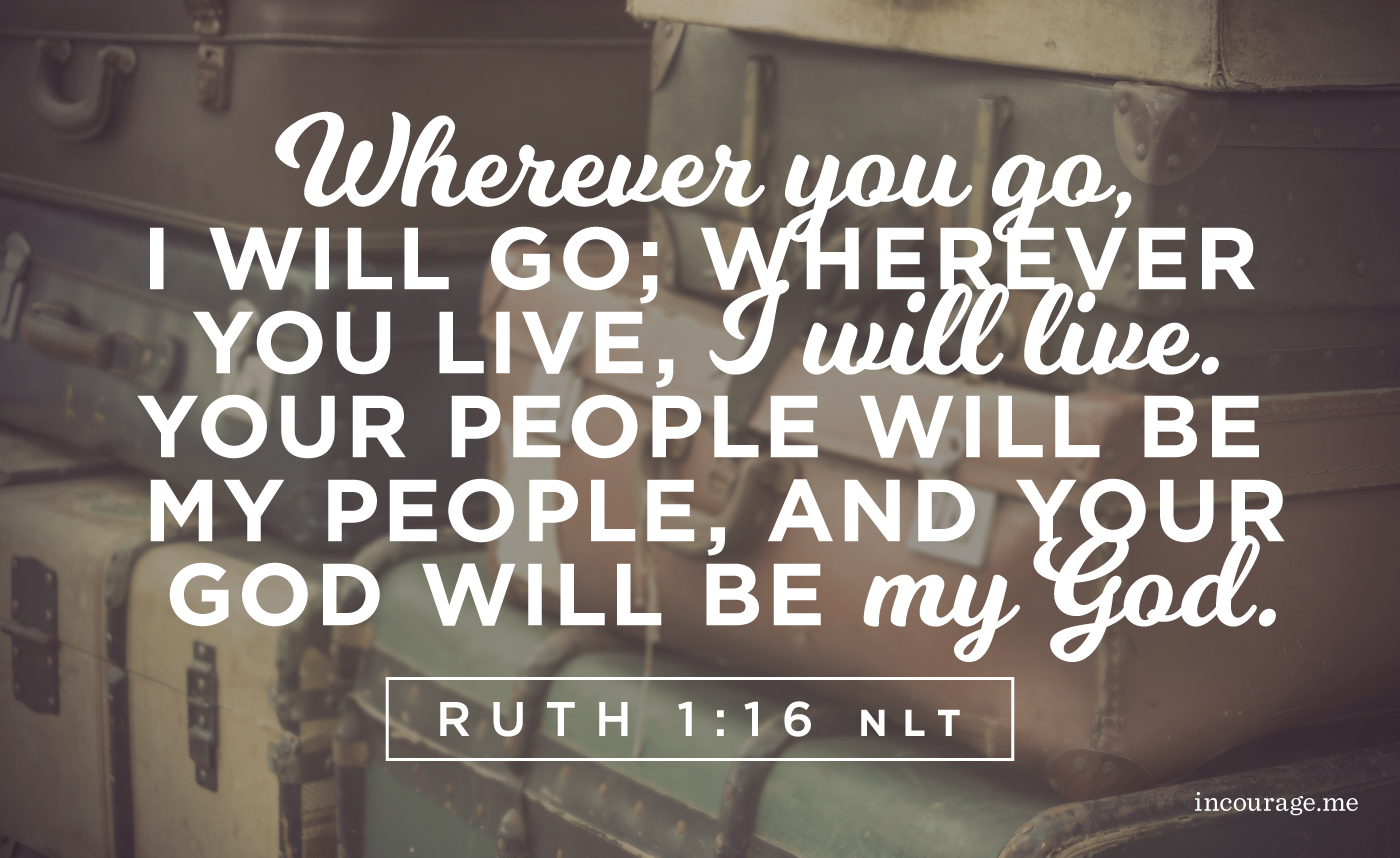 “Don’t ask me to leave you and turn back. Wherever you go, I will go; wherever you live, I will live. Your people will be my people, and your God will be my God. Wherever you die, I will die, and there I will be buried. May the Lord punish me severely if I allow anything but death to separate us!”

Withholding Nothing, Together We Go

In this exchange between Ruth and her mother-in-law, Naomi, radical risk-taking love declared that even though Ruth faced poverty and loneliness she would not leave her mother-in-law’s side. She promises to never forsake her or turn back even though her future as a widow was bleak and her life would be one of sacrifice if she followed Naomi. Ruth has no promise of marriage or children, no security should she grow old and tired. No familiarity that this was a land and a people she knew, a language that was familiar, customs she had grown up with. Yet, she commits her whole life to the unknown, even promising to be buried together in the same place despite the likelihood that Naomi would die long before her.

She is not only committing to Naomi, she is cutting ties with all the former things. Her old religion, her old way of life, the land she had come from. Indeed, she is acknowledging her new identity as someone who will serve and worship Naomi’s God and who will journey with her back to a land she did not know.

Much like Ruth, we are a people called to a profound and essential commitment to one another and to our God. So often our love ends just short of real sacrifice. We want all the feelings of affection, someone who gets us, someone who meets our needs, but we fail to journey beyond the surfaces of a relationship into the realm of covenant. Ruth pledged herself with her whole life. It meant sharing in the suffering of Naomi. The unknown future, the chance that poverty and loss and loneliness would follow them both as widows without someone to care for them. She withheld nothing.

When we choose to surrender to the sacrificial love of another person, valuing their flourishing above even our own, we form a relationship that testifies to the world that God’s faithfulness lives in the obedience of His people. God often uses the destitute, the weak, the oppressed, the widow, and the foreigner to demonstrate the power, glory, and faithfulness of God. We are invited to journey into the unknown even when circumstances seem bleak and unforgiving, even when all options and resources have seemed to run out.

This is the way God works out the love of His people. When Naomi was lamenting the bitter experiences of her life, somehow Ruth was able to trust in God for them both. She helped shoulder the burdens and walk alongside her until they both found their way home.

In what areas have we needed someone to come alongside and walk with us? In what ways can we show that kind of commitment and sacrifice for the flourishing of others?

'We are a people called to a profound and essential commitment to one another and to God.' @AliaJoyH at @incourage: