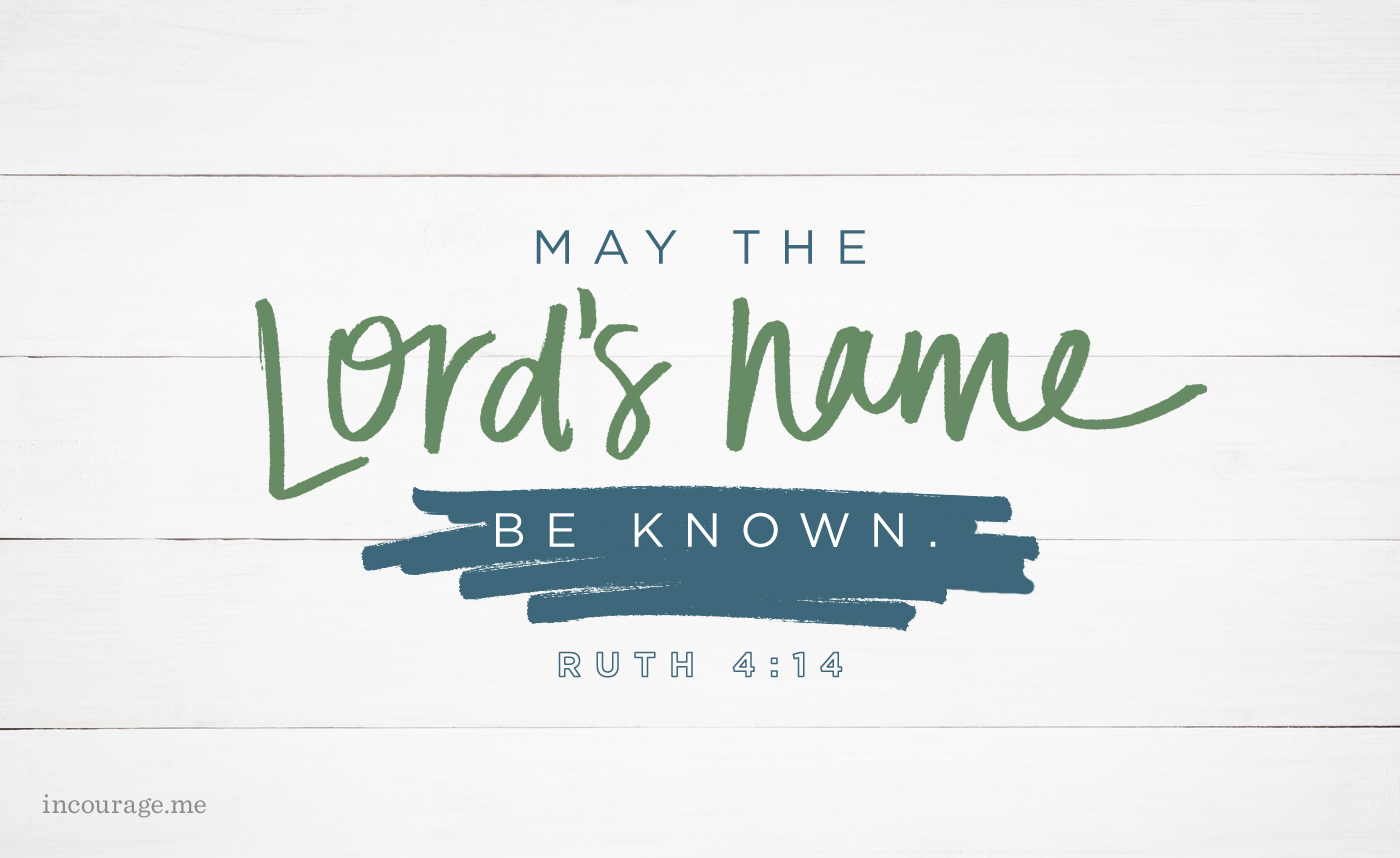 “Then the women said to Naomi, ‘Praise the LORD,
who has not left you without a family redeemer today.
May his name become well known in Israel.'”

What God Can Do with the Unlikely

I remember the first time I felt like I needed to hide from Jesus . . .

I was at a Christian retreat; it was my freshman year of college. I was hungry for God and wanted to know more of who He is, and I believed in that place, the retreat, I would be surrounded by His people and I would learn and take Him in. The Bible was newly alive to me, and with each phrase I was blown away at how I could understand it, and how it spoke to me. I was ready for more.

I tuned in as the speaker gave his talk, hanging on every word, until he said something that shook me.

The speaker asked, “What would you do if Jesus walked into the room right now?”

The immediate thought that came to my mind was, “I would hide.”

If Jesus came into the room, I would hide. I would go and bend down behind one of the worn couches and make sure He couldn’t see me. Because He wouldn’t want to see me. He, being holy and good, and me being filthy and having done awful things. I was not clean. I was dirty. A holy God shouldn’t see a dirty girl.

I shared my thoughts with the small group I had been put in, thinking they were obvious and made sense, and someone from the group spoke life to me:

“You wouldn’t have to hide,” she said. “Jesus knows everything you’ve done and everything you’re going to do and He loves you anyway. If He were to come into this room, He would embrace you and put His hands on your face and call you ‘daughter’.”

God opposes the proud and gives grace to the humble. {James 4:6}

[T]o all who did receive Him, to those who believed in His name, He gave the right to become children of God. {John 1:12}

I had no need to stay in my shame.

I was His daughter who He loved in spite of all the filth.

I was His daughter because I believed in Him and because I trusted Him with my life. And isn’t that the most extraordinary thing about God? He takes in the harlots, the outcasts, the dirty and the thieves and the liars, and He makes them — us, — sons and daughters. And then He makes us new: holy, righteous, perfect.

For by a single offering He has perfected for all time those who are being sanctified. {Hebrews 10:14}

He uses the unlikely to make His name known.

Tamar played the harlot and had her father-in-law’s twin babies.

Rahab was a harlot.

Ruth initiated a relationship with Boaz after being instructed to do so by her mother-in-law Naomi.

Mary was a young pregnant virgin.

These women were a part of bringing Jesus to earth, and they are named because God wanted us to know their names.

Rahab is in the line of Jesus.

So if a harlot can have faith and be used by God and receive the blessing of being named in the genealogy of Jesus, you my friend can be used of God no matter what.

The qualifications are this: Believe. Believe Jesus is who He says He is. Believe that when you turn to Him He makes you new, holy, and righteous. Believe that He will work all things for your good because you love Him and He loves you.

He used Rahab and Tamar and Ruth and Mary.

And He is using me.

And He is using you.

For His name and His glory.

Do you believe that God is using you to make His name known? Why or why not?

'God chooses the unlikely to make His name known.' @sarahmae at @incourage: https://aws.incourage.me/?p=181580

Sarah Mae has a past that would be her present if it weren’t for Jesus. A blogger, author, and co-author of Desperate: Hope for the Mom Who Needs to Breathe, she’s currently writing The Complicated Heart, a book for broken-hearted lovers of Jesus. Learn more at @thecomplicatedheart on Instagram or...