I noticed the clocks first, even before I walked inside the Musee d’Orsay in Paris.

There’s a clock on the outside of the building that I could see from far away as I walked along the banks of the Seine. There’s a gorgeous gilded clock inside the lobby. And there’s a gigantic clock on the fifth floor of the museum that looms over the tourists who stand under it.

The building was originally a railway station before it became a museum filled with art, so I’m sure keeping track of the time is pretty important when you’re waiting to catch a train.

But when you’re waiting for the monumental events of life to arrive and time keeps marching on, it’s hard to ignore the sound of minutes ticking away on the clock of your life.

Most women my age are sending children off to college, keeping an eye on their retirement accounts, or shopping for mother-of-the-bride gowns. When I left college a few decades ago, single but sure I had plenty of time for relationships, I climbed the career ladder until I finally landed a job in my field. I turned my attention to building a house, volunteering, and pursuing hobbies. As the years added up, I closed down my heart and settled for the status quo.

When you’re heading toward middle age, you think maybe middle-of-the-road is a good enough place to be.

But to God, the middle is just halfway to a new beginning.

I felt Him asking if I’d be willing to open my heart to the very things I wanted to avoid. I spent years carefully eluding disappointment and rejection, but it seemed as if it were time for me to follow Him in a new direction.

A journey to awaken the heart takes time. God has a frustratingly different angle of time than we do. He’s not limited by what our finite minds can envision. But the landscape of our lives changes when we look at it from His viewpoint.

When I opened my heart to God, I ran right into the heartache and disappointment I’d feared. But in those very places, I also found hope that didn’t make sense, peace that was puzzling, and joy that was mystifying.

I discovered that God had gone ahead of me to carve out the time for me to know Him more deeply.

“He has made everything beautiful in its time. He has also set eternity in the human heart; yet no one can fathom what God has done from beginning to end. {Ecclesiastes 3:11, NIV}

In the Musee d’Orsay, I climbed the stairs to the fifth floor where I stood behind one of the enormous clocks. Looking through its monumental hands I could see in the distance the beautiful church of Sacre Coeur, whose name means the sacred heart of Jesus.

God holds all time in His hands. He holds our hearts too. His exquisite work in our lives is never over. His plans and purpose for us continue forever, where time never runs out. 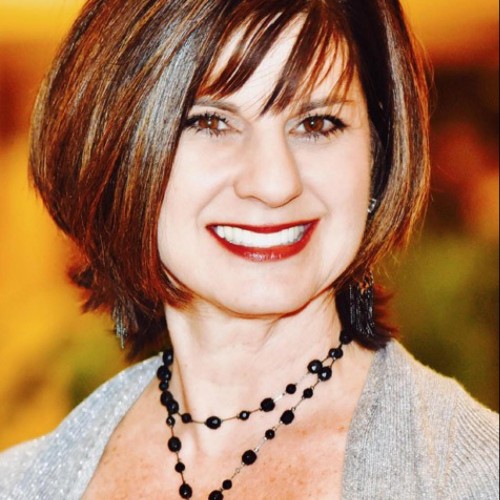 Valerie Sisco blogs at Grace with Silk, and is a writer in Orlando, Florida, dreaming of her next trip to Paris.