Giveaway Winners: The winners for this giveaway have been chosen randomly and will be contacted via email. We’re excited to announce they are the following readers:

So Consider the lilies . . . watch how they grow. They don’t toil or spin, even King Solomon in all his glory was not clothed like one of these. If God clothes the grass of the field which is alive today and tomorrow is thrown into the oven, how much more will he clothe you? Matthew 6:28

At some point, this verse became alive to me and is one of my favorites and one I want my girls to know in the bottom of their hearts.

Here’s the (hopefully condensed) Behind the Design for Consider the Lilies:

It’s 2010, and we had just finished up the initial product development for Urban Soul. Anne is the super amazing product developer at Demdaco (the company that carries and distributes the Urban Soul Line) who came up with the whole concept of the metal and the magnets and all that fabulousness. She and I had many many phone calls and emails over several months but we had never met. She was going to be in Michigan and we made plans to meet for dinner. When she got in town she sent me a text that said, “Okay, we will meet you tomorrow. We’re excited!”

Totally normal, right? Well, except for the two words. We will. She said we will meet you. Now I was nervous anyway. I thought I was just going to meet with Anne who I had already talked to millions of times before. We who??

I started dwelling on wrong thoughts (first mistake). I mean, really what kind of qualifications do I have as an artist? I didn’t go to art school; I’m just a wife and mom from Michigan who needed some art for her house.

When I got her text, I immediately envisioned a group of people wearing suits and talking about stuff I know nothing about, which sent me into a downward spiral of anxiousness, nervousness, and self doubt. And since I have nothing to wear when meeting with a group of imaginary people wearing suits, I decided my planned outfit was completely wrong.

Enter an emergency trip to Banana Republic. They know me there. I used to work in the stock room. And I like their clothes. So I went. It was about 15 minutes to closing and my friend JC was working. I must have looked white in the face because as soon as she saw me she said, “Dee! What’s the matter?”

Me: I have a fashion emergency, and I have no idea what to wear!

Now this is slightly funny . . . the moment I said that, there were no fewer than three Banana Republic employees asking, “What? What is it? We can totally help you!”

I explained the situation above and they all said, “Oh, so just lunch with maybe three or four people?”  I said, “Right, just lunch.” But the whole time I was talking and explaining and following them around looking at clothes, guess what was playing in my head?

Yes, at 40(ish) years old I can still have a mini crises about my outfit in certain situations. I was so very thankful to have this truth running through my head as I shopped. As my girls grow, I want them to have this verse to hold onto as they go about their days and not worry about what they are wearing.

And as it turns out, we had lunch – just me and two of the product development team from Demdaco. It was great and so much fun. Two minutes in, and it was like we were old friends already.

Have you ever experienced a stressful situation and a particular verse calmed your fears and worries? What’s your “go to” verse when you’re faced with the unknown? Share with us and you’ll be entered to win this Consider the Lilies Wall Art! We’ll choose three winners and announce them on Friday. 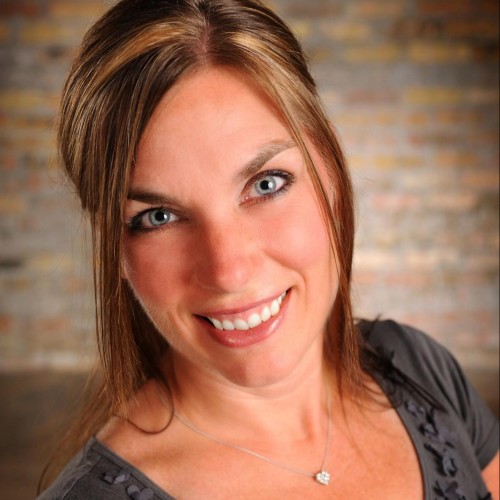 I’m Dee Kasberger, the artist and designer of Red Letter Words. I’m a child of God, a wife, a mom of four, a friend, a daughter, a sister, an artist, and somebody who believes in the power of the Word.