That particular Wednesday night, I watched a seventh grade student walk towards the machines. He stopped, pulled his change out of his pocket and flung some lint onto the floor. He calculated his handful of change and counted it twice.

He put his hand in the bottom opening and waited for his purchase to be released.

Then, he threw a fit as a lot of us do when we don’t get what we want. He punched the machine. After all, he deserved the result that he was being denied. Didn’t he?

He looked around to see if anyone was watching, so I hid a little bit more to see what happened next.

He backed up like a bull getting ready to attack. He charged, full steam ahead into the pop machine, leaping off his feet right before he got there.

Nothing. He didn’t get anything. (Except a good laugh out of me).

He hurried to the closest adult, to complain about how he did everything right, but wasn’t given what he was owed. And he deserved it!

My laughter stopped, when I realized that this encounter is all to like my prayer life sometimes. I know what I want, I approach His throne with MY agenda, and throw a good child-like tantrum if I don’t get it.

What was a silly spectacle to observe, turned into an ugly look in the mirror.

If I just spend this amount of time in Scripture, then I’ll get what I want.

If I pray for ten minutes more than I do, THEN my prayer will be answered.

If I cross everything off my spiritual to do list, THEN…

Why do we minimize God’s power to a divine vending machine?

If we do, we minimize His authority, strip the power from the cross, eliminate his omniscience, and tell the Creator of the universe how to do things better. His perfect personal qualities, that make Him the relational and loving Father that He is, are replaced by a robotic Santa Claus who provides what is on my list. After all, I have been a good girl and met the requirements on my spiritual checklist.

What if we adjusted our paradigm and shifted our focus to God being a relational, loving and welcoming God, instead of a pawn?

Imagine the safety, security and acceptance you felt climbing up on your daddy’s lap when you were younger? No words need to be spoken. No time limit necessary. Just you and your father.

That’s the God we have. Not a robot. He’s ready. Accessible. Welcoming. Accepting. No words need to be spoken. No time limit necessary. Just you and your Father.

He’s ready for you, regardless of your circumstance. He longs to be in relationship with you. He wants to carry your burdens for you. He’s ready and waiting to pull you up on his lap, and let you be still. Snuggle into your Abba’s chest and rest in His presence.

By Cathie Quillet, Walking In His Plan 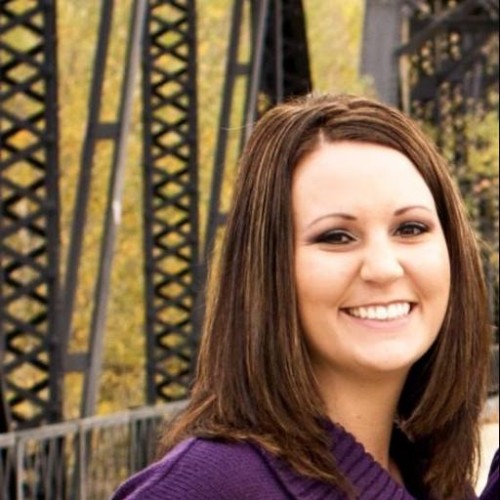 Cathie is a daughter of the King and married to her best friend. She is a mother to three angels who she will not meet this side of Glory and a mom to a child an ocean away who she has yet to meet. With transparency, she chronicles her difficult...