When I asked Jesus into my life at the age of fifteen, I was under the impression that he would do an overhaul of my entire life.  Well, he did, just not in the ways I would have thought.  I thought, and hoped, that everything would be better, easier, prettier, softer, that I would instantly feel whole for the first time.

The overhaul came alright, but it came in the form of friction between me and each parent; friends that I had been hanging out with didn’t understand and I found myself, again, a girl without a confidante; sadly, my emotions remained the hormonal-induced tidal waves that they were pre-salvation and my laziness remained at the typical teenage levels.

But the worst change that I can see looking back was my goody-two-shoes image being magnified through the lens of feeling as if I had just become the poster girl at my high school for Christianity.  For Jesus-loving, basically.

I thought I had been keeping my act together as the good girl all those years, but it was nothing compared to the weight I felt once I began to follow Jesus.  Grace was not in my vocabulary.  If I were a good girl before Jesus, I had to be best girl after Jesus. And if I weren’t, people would get the wrong idea about the Savior.  All because of me.  And I couldn’t let that happen.  Too many people that I cared about didn’t know Christ yet and were watching my fledgling faith to see if it were a phase I’d simply grow out of eventually or something that could actually change who I was.

Twenty-five years have gone by since I first spoke with Jesus in an intimate way.  I have gone on to do more sinning post-Jesus then pre-Jesus.  But my yearning for the appearance of perfection became stronger as I got older, especially as my circles of influence widened and shifted as an author, speaker and church staff member.  I had to look more like my perceived version of Jesus,  and nothing would slip through the cracks of that because then what would people think?

It turns out that one can only live like that for so long before things start leaking and coming out sideways.  The past few years for me have been a study and experiment in allowing myself to be myself.  In sharing with others humungous ways I’ve messed up and still do. In telling my stories, no matter how pathetic and harsh and how downright unattractive I look in their light.

My latest story is one of divorce.  An ending of a Christian marriage.  It doesn’t get more ugly than that.  And there is no covering up.  You can cover up a difficult marriage for a very long time; trust me, I know.  But you cannot pretend that you’re not getting divorced.  (I didn’t even bother trying.)

By the time the end of my marriage came along, I had been tested and tried through the fires of being authentic, letting people know of my constant sinning, and falling back onto grace.  I now believe that it’s okay to not be okay.  And that no one’s opinion of me matters except One.

I am a just a girl, perfectly imperfect, trying to love Jesus, and holding on to the one thing that alluded me for so very long.  The truth that it doesn’t matter what I do or what I say or what happens to me, grace is there to catch me and remind me that I am loved.  Deeply and perfectly and forever.  And that is what is changing me. 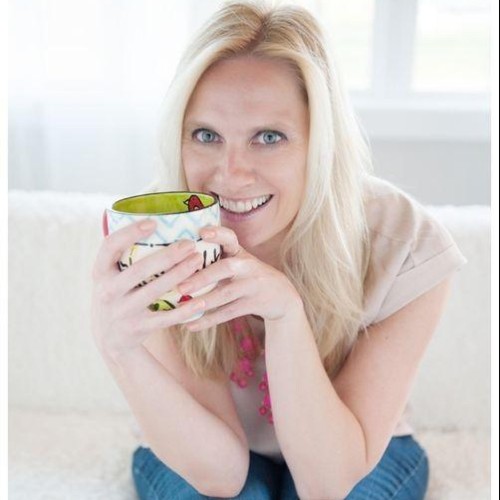 Elisabeth is a mom of two teenagers who loves to read, write and spend time with her kids and friends. She is the author of At the Corner of Broken & Love, One Girl, Third World, He Is Just That Into You, In Search of Calm, and Calm in My...