Most of us perceive the peripheral as details of minor relevance or importance.  My opinion is changing.

of, relating to, or being the outer part of the field of vision.

The main focus of this photograph is what is in this image.  But you cannot imagine how it really was to be there because you cannot see the peripheral; dozens and dozens of hot air balloons, creating a feeling and image so spectacular and surreal, even a panoramic couldn’t capture it.  They surrounded us….360 degrees.

It reminds me of my dad’s house after he died.  Describing him as an accumulator of all things was an understatement.  The pictures I attempted to take of rooms and rooms literally filled to the ceiling did not and could not capture the immensity and enormity of what my brother and I had to face.  It is because you cannot see the peripheral in the photographs.  The feeling of being in all that stuff was overwhelming.  His death was overwhelming.  But in the picture, you could only see one small section.  The feeling was lost.

Daily and moment by moment, I see only a small part of a big picture in my life.  I meander through my day not noticing all His wondrous gifts.

Being thankful is changing my perspective and taking a film off of my eyes that I never knew was there.

In hindsight, I see a bigger viewpoint that reveals the work God was and is doing in my life.  At times, however, I am unable to see the peripheral.

Imagine your day if you went through it aware that you cannot always see the peripheral.

Or that you become aware that there is a peripheral to see.  Would you open you eyes wider?

Maybe we would move slower and notice more; not just look, but see; and not just hear but really listen.

Especially those times of adversity, growing pains, and times that seem obscure.  And sometimes, just to see the extraordinary in the ordinary.

I pray I recover my sight.  All of it.  Even the peripheral.

By Christina   AKA Homeschool Mom 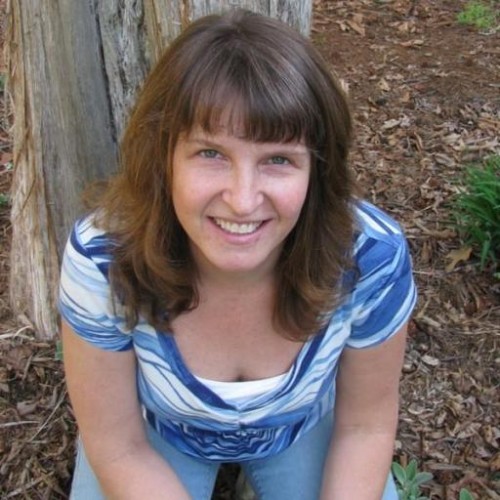 Christina Parker Brown homeschools 3 girls since 2001 and founded a play group in 1998 that evolved into a Homeschool Adventure Group. She is a logophile (lover of words) and attempts to capture grateful everyday moments with words and a camera. Her writing is inspired from her faith in Jesus,...