This past Wednesday, I had the privilege of being a guest blogger here on the Bloom (in)courage Book Club featuring my recent book, Praying for Strangers: An Adventure of the Human Spirit. Many of the follow-up comments reminded me of words that had been whispered to me on book tour.  From my very first bookstore visit at Bookman/Bookwomant to kick off the book,  Memphis, Dallas, Seattle and up the East Coast one thing became clear to me – I am not the only one praying for strangers.

At my very first event in Nashville a woman approached me tentatively after my talk and whispered, “I just had to come see you after I saw the title for your book. I’ve been doing this too. I just never tell anyone.” In Memphis is was the first woman who had arrived at the reading. She took the opportunity to say, “Me too. I do this. I’ve done it for years.”

In Tupelo, Mississippi at Reeds Gumtree Books is was a different story. A woman approached me to share that she had been on the opposite side of the coin. During a recent flight and a stopover in Atlanta she had been trying to calm herself for her connection as she wasn’t an easy flier when a woman approached and said, “I just have to tell you – I pray for a stranger everyday and today it’s you. I’ll be praying for you.” She laughed remembering the moment and telling me how odd she thought it was. And how wonderful. The rest of her journey was so much easier for her as she thought about that woman and the fact that someone she didn’t even know was praying for her peace and safety.

The stories continued in every city and being able to visit here has renewed those memories. So many of the comments on Wednesday’s post were from other people who had indeed already been praying for stranger. The letters, emails, and comments that began to pour in after the books publication confirmed this as well. People have been praying for people for many, many years. I happened to be the girl who had the resolution who happened to be a writer, who happened to capture those stories and write the book. With all that being said, I’m just an ordinary girl. No different than anyone. Still trying to deal with my own fears and messy struggles in life whether they be financial, emotional, physical, or that mental pressure of a thousand deadlines and not enough time. But like me, so many people have been walking out their days including a small prayer for a stranger they see, pass on the streets, or in an airport.

Others have written to say, “I plan on doing this now. I’m adopting this resolution.” Some people plan to embrace this practice daily, others on occasion as the spirit moves them. Some people as well as entire churches have decided to embrace praying for a stranger for Lent this year. The fact is, there is no perfect way to pray for a stranger and maybe no perfect time. We are all just everyday people doing the very best we can to move forward with joy and thanksgiving for our blessings in this life.

The power of prayer is something that was never handed down from the Creator to just a chosen few people. It’s accessible to all for all. And the tiniest prayer from the tiniest person may be the very thing that shifts someones world into a better place. By tiny I mean people who perceive themselves that way. One of the most wonderful readers that I’ve met, this adorable, beautiful woman was absolutely amazed that she could do this. That she had something to offer the world and felt it was the first time in her life that she could do something of importance. As sorry as I am that she ever viewed herself as insignificant, I am delighted that she grasped the fact that her prayers meant as much as mine did. As much as anyone’s.

What I discovered in my experience of walking out this prayer journey for three years so far and continuing to do so, is that the world is thirsty for prayer. For kindness. For compassion. For a strangers touch and a listening ear. On so many days of my life it would have meant everything to me to have someone step up in times of trouble and whisper, “today you stood out to me as someone special and tonight I’ll be saying a prayer for blessings in your life.” Many of those days I might have fallen into their arms sobbing my story. Whatever the story was on that particular day, because although seasons change and our troubled times come and go, life is bittersweet and remains for most of us a challenge in some ways. And we can feel guilty for that because we know there are people not as well off as we are, as free, as safe, or as warm – or we can accept the fact that being human means exactly that.

Some of the greatest moments in my life have been divine encounters with strangers. In some of those moments they were ministering to me. Hopefully, in others it was the other way around. Always, we were a blessing to each other. Being real in the moment. Giving and receiving.

I am so very thankful for those strangers of my past, and for the ones before me. To all those people who have whispered to me, “I’ve been doing this forever,” or “I plan to do this now.”  – carry on with a great knowledge that your heartfelt prayers hold power. That you releasing that power into someone’s life is a brush with the Divine– whether they ever know your name or not. Never underestimate who you are in this world or the good you can do one day,  one stranger at a time.

In Peace and Blessing,

(If you ever doubt the need for prayer, the desire for prayer, cast about on the internet for the many prayer sites where people post their prayer requests. The needs are many – but we are many.)

About the Author: River Jordan is a critically acclaimed novelist. Praying for Strangers is her first published work of non-fiction. She lives in Nashville with her husband, Owen Hicks, where she produces and hosts the weekly radio program Clearstory. She writes a regular blog for Psychology Today titled, Praying for Strangers. The book was just featured in Guideposts magazine for January 2012 as “A New Way to Pray”. 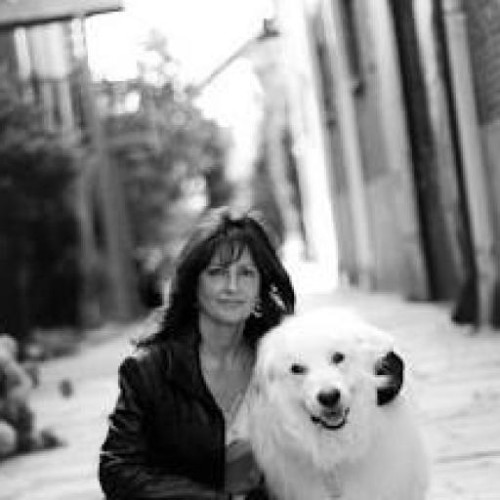 River Jordan is a critically acclaimed novelist. Praying for Strangers is her first published work of non-fiction. She lives in Nashville with her husband, Owen Hicks, where she produces and hosts the weekly radio program Clearstory.