He’s waiting for me as I park my car. I can see him through the window and a smile fills his face. I hurry into the church building and open my arms to offer a hug. My schedule says I’m visiting to speak to a group of writers, but deep inside I know that a large part of the reason I’ve traveled to Shippensburg, Pennsylvania to see him. 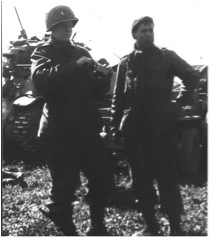 John is 86-years-old, is nearly deaf in one ear and is sometimes more blunt with his comments than I expect. Last time I saw him we were in Louisville, Kentucky. I’d driven for hours to see him—see them—that day too. John and the dozens of other veterans I now consider good friends.

His arms open and he accepts my hug. My chin quivers and I try to push thoughts out of my mind of the other veterans I’ve known, I’ve cared for, but are now gone.

John introduces me to a reporter from the local paper who’s come to take our picture. The reporter believes she’s come to snap a photo of a writer and one of the veterans she’s interviewed. A knowing look passes from John’s eyes to mine. I’ve not only listened to his stories, I know the secrets of his war experiences. I’ve read his memoirs. I’ve read the letters he wrote to his mother and father during the war. “Dear dad,” he’d write. But his letters to his mother seemed more personal. “Mother dear,” he’d write to her.|

As I read those letters I couldn’t help but think of my boys, now 22 and 17-years-old.Tears journeyed down my cheek as I read about John sleeping on frozen ground, about battles, about buddies lost, picturing Cory and Nathan in that situation. Tears now come again as I step back from John’s embrace and remember how it all started.

I never planned on interviewing veterans. I had wanted to write romance novels until I came across a story that wouldn’t leave my thoughts. I was traveling in Europe when I heard about the liberation of Mauthausen concentration camp. Young America GIs, 18 and 19-years-old, came upon the gates of the camp. From the first moment I heard that story I wondered about the emotions of those young men. Horror at what they saw. Fear that there were too many who needed help. Joy that after all the fighting they had the honor of opening liberation’s gates.

My questions got the best of me, and I got in touch with some of the men. They invited me to their reunion and that’s where I met Arthur, Charlie, Thomas, Tarmo, LeRoy, Russ, and yes … John.

I am different because of the veterans I’ve interviewed. A part of their history abides in me in the form of their treasured words. It saddens me to think that I could have not asked. I could have continued with my busy life without taking time to hear their stories.

The pain of this strikes deep because that’s what happened with my own grandfather. Life was busy. He was so quiet, so gentle I never really thought much about him being a World War II veteran. He passed away before I had time to talk to him about the war. I still wonder about the stories I’ll never know. Maybe that’s why listening is so important to me now. If I have the chance, I want to hear. I want to care. I want to share.

That’s why it was so special to see John again—for both of us to be reminded of our connection built over shared letters and unbelievable tales. My time with John ended with me visiting with some of his family and friends, and then there was a final hug before I drove away. I smiled as I looked at his form in my review mirror, and I offered a whispered prayer to God. “Thank you. Thank you for this honor.”

God knew John had stories he needed to tell. I’m so thankful I was the one chosen to receive those words as a gift. I’m thankful I was able to offer John a gift in return. It was one I didn’t need to wrap. It was one that didn’t impact my checkbook. Sometimes the best gift we can give—I’ve learned—is a listening ear. 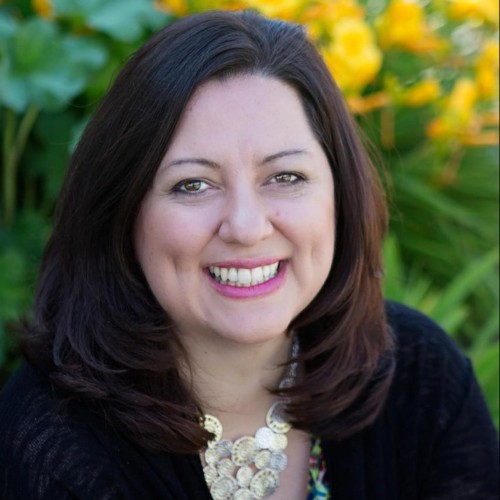 Bestselling author Tricia Goyer and her family live in Little Rock, AR where they recently adopted a baby girl, mentor teen moms, and are a part of the ministry of FamilyLife.