I think I would like a bright red wall in my house someday. I love what the color scarlet represents in the bible. I hesitate to speak on God’s behalf, but I will venture a guess that He likes the color too. He thought it up, after all. I love that. I have slight color-blindness, and sometimes green and brown look similar. but scarlet..I can see.

He used scarlet above the doors during Passover…representing the redemption of those families huddled over their firstborns. It was scarlet that trickled down from nail holes on the cross from the Son of a carpenter. But my favorite use of scarlet is in the story of Rahab. She was the prostitute, remember? A woman who had built a life based on shame and sin. I dont know how old she was, she may have been just my age, a twenty three year old just like me. I don’t know. All the bible tells us is that the Israelite spies were sent to “the house of the harlot Rahab”.

A woman branded with the darkness of the streets she walked. She was a marked woman. But God had something different for her. A different mark. And He chose to use the very color of her scarlet letter to redeem her. Do you remember the story? Joshua sent some spies into the city, and when they were found out, they sought a place to hide and Rahab gave them refuge. Their pursuers were close on their heels. I imagine them knocking down the doors of the people of the city, one by one. Pounding fists and heavy heels, getting closer and closer to the hiding place of the spies. I imagine being Rahab’s next door neighbor… and being woken perhaps in the middle of the night, by shouting and ransacking. And next door stands a woman who has to choose to walk in faith.

A woman desperate for redemption.

Sometimes I stop imagining I am the neighbor…and imagine I am standing in that room, as two men beg me for safe harbor, backed by a God I have no grounds to believe in. She asks for proof, proof that she is not alone, that God is as big as He sounds in all the stories. I imagine I am her. Fingering that scarlet rope, and standing behind that window. Praying hard and knowing that everything was hinging on her dropping that rope out that window. I know because I have been there. I have borne the scarlet letter, not of adultery, but of a record that washes scarlet just the same. So I know. I know how it feels to drop that scarlet cord out of that window and pray for redemption. And then when it comes, as it always does, maybe not in your timing…you let go and the scarlet from the cord has left scarlet across your hands. and you are

God has set apart those who have scarlet stains on their hands. It’s a mark of His faithfulness.

I feel honored to carry the story of His faithfulness in the scarlet on my hands.

I love holding the scarlet cord that signals my ‘called-out”-ness.

This week, I will drop another scarlet cord.

This week, I will deal with more health challenges and a sprained knee.

And I will drop another scarlet cord.

This week I will juggle difficult moments and feeling overwhelmed.

And I will drop another scarlet cord.

And with each cord, I will let my hands be stained with the uncertainty of having to step out in faith. And keep dropping my cords.

By Grace Aspinwall, This Road I Walk 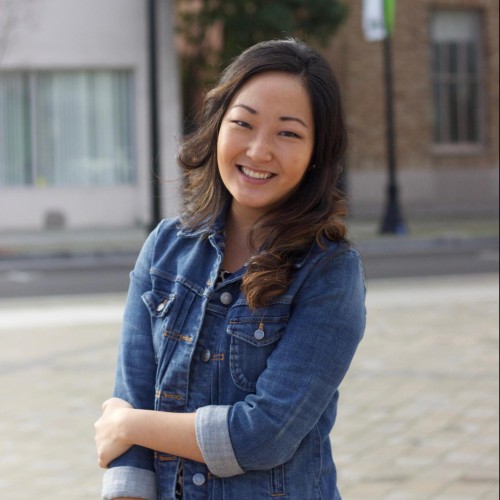