When my husband’s affair was exposed, my entire life turned upside down.

And though I didn’t think it was possible, everything crumbled into even smaller pieces when he filed for divorce.

In one big swoop, I lost my marriage… my ministry… my home.

After a decade of living in Africa, I’ve now been back in the States for a year-and-a-half. Almost nothing in my life is the same as it was two years ago.

My world fell out from under me. And it was surprising to see the people God used to catch me.

It wasn’t who I expected. In fact, some were people I never would’ve expected.

But that’s just the way God works, isn’t it?

Often, those we think “should” be there for us, aren’t. And those we’d never expect to be, are. It’s painful in some ways and joyous in others, but ultimately it reminds me to keep my eyes on God rather than on man.

While it never plays out the way we’d script it, God uses people to bring redemption and restoration to our lives.

In the past couple years, I have felt the deepest pain of my entire life. But I’ve also felt more loved than I ever have before.

It’s as though the raw hurt was matched, depth for depth, with immense love.

Deep calls out to deep.

I wouldn’t know how to love and be loved so intensely if it weren’t for the pain I’ve endured in my life.

In the midst of such indescribable personal grief, God built an amazing support system around me. In unfathomable ways.

He gave me friends who’ve loved me hard even when I’ve had nothing to give back to them. Friends who’ve prayed faithfully and sincerely for me. Friends who’ve held me as I’ve cried… talked me down off the proverbial edge when hopelessness set in… pushed/carried/dragged me when it felt impossible to take a single step.

In a lot of ways, being on the receiving end of so much care and support has been really hard for me. But over and over again I’ve heard God’s unmistakable voice:

“Let Me love you through My people.”

In allowing myself to receive others’ love, I’ve discovered new depths of the love of God. I’ve experienced more of His character. I’ve encountered aspects of who He is that can only be expressed through His people.

Deep calls out to deep.

In spite of great loss, my life feels incredibly rich… making my healing all the more beautiful.

And making the pain worthwhile.

By Alece Ronzino, Grit and Glory.

Be empowered today -- and enter to win an Empowered bundle! https://t.co/Fb1sWxOwnH 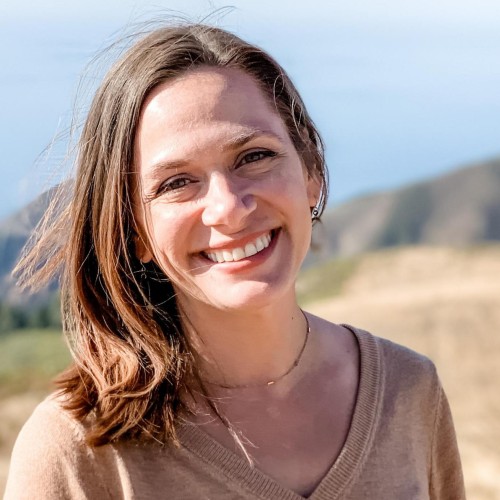 Alece Ronzino moved to Africa at 19 and pioneered Thrive Africa. She describes her journey of faith as a mix of grit and glory. Mostly grit.