Stories have always been a happy part of my life. As a girl, I remember sitting in our Iowa basement, typing out scenes on my dad’s black and white typewriter. I even used those strips of white correction tape when I made a mistake. I took great pleasure in my stack of near-see-through typing paper. With a finished story, I would hide in my room, close the door and read those pages again and again.

I decided early on that I wanted to be a writer. In the eighth grade, I even came up with the title of my first book: When Flowers Wilt. I know. But despite my lack of skill in the book titling department, words and story have always brought me the most pleasure and satisfaction.

Because of that, it baffles me why I chose to be a piano major in college. Then, when I realized how much practice was required, I finally changed my major. But not to English or Creative Writing, but to Educational Interpreting for the Deaf. What? I worked as a sign language interpreter for several years. While I loved the knowledge of language and imagery it required, interpreting someone else’s words and message brought me zero satisfaction. It was a job that I seemed to have a knack for, but it was not my passion. 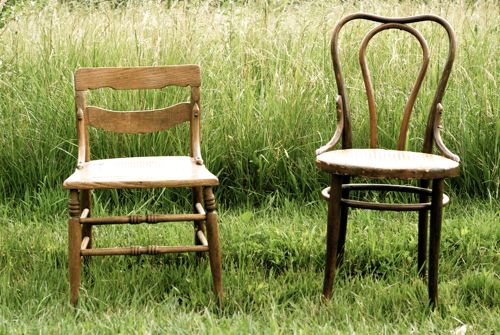 With my first pregnancy, the writer in me was pushed even further into the background. Twin babies don’t welcome the Muse, they scare her away with all their crying and messes and sleeplessness. Creativity seemed a thing of the past, and I unknowingly began to grieve her skittishness. The grief would come out in extremely unattractive ways – short temper, anger, tears, bitterness. I felt those things but didn’t know how to articulate them.

I remember asking God at three in the morning why, pray tell, did He create babies to need to eat every three hours and also mommies to need to sleep for eight? The answer came as swiftly as it was obscure – Perhaps I have a reason for that. *wink*smile*. And I realized then that those late night feedings forced my dependence on Him more than ever before. And he was doing a good thing in me, no matter if I could see the results of it.

That baby life stage ended much more quickly than I thought, just like all those more experienced mama’s said it would. During that time, I started a blog in response to The Voice, still and small, telling me it was time to write again. I think I posted only ten times that first year. But it was my secret place of rediscovering the writer in me.

Four years later, I’m still writing on a blog. Through that process, writing has shifted from a write-when-I-find-the-time perspective to a daily discipline. Instead of waiting for a Muse to delight me with her presence, I launched a full-fledged pursuit, mocking her fickle ways with my daily cranking out of material. It wasn’t always good, but at least it was consistent. As I wrote, I began to discover a message in outlines and shadows, one that had been building for ten years. Because of that message, I wrote a book proposal, something I hadn’t even heard of two years ago. In the greatest shock of my life, a publisher bought that proposal and now, my manuscript is due at the beginning of August. 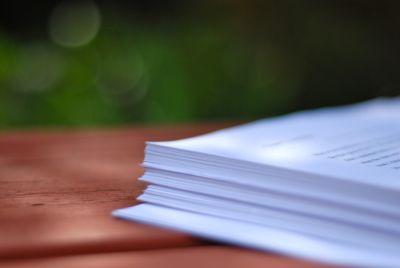 I share this with you because I know the women who read (in)courage are often times in need of just that – encouragement. I spent a lot of years thinking my desire to write was a nice hobby, but not worthy of my serious attention. As a result, I felt ill-content and restless. It is a dangerous thing to say, because I don’t want to imply that if you aren’t doing that thing you love, then somehow you can’t be happy or content. I don’t think God works that way. I do believe God expresses himself in as many unique ways as people are different. And to deny that unique expression will often bring frustration.

There have been lots of tears and fear and worry and doubt that have worked their way out alongside this message. A few years ago, it wasn’t ripe yet. But God has a way of weaving life stage, weakness, willingness and heart all together in order to show up creatively in and through us.

So your message, your business idea, your ministry, your mothering or whatever that thing is for you – maybe it isn’t ripe yet. But do you have one? How has God uniquely designed you? Are you working that out as you depend on Him?

by Emily, Chatting at the Sky

Emily P. Freeman is a writer who creates space for souls to breathe. She is the author of four books, including her most recent release, Simply Tuesday: Small-Moment Living in a Fast-Moving World. She and her husband live in North Carolina with their twin daughters and twinless son.